What happened in Kerch

On October 17, 2018, in the city of Kerch, located on the east end of the Crimean Peninsula, there was a massacre at the Kerch Polytechnic College. A student opened fire on his colleagues and teachers and detonated an explosive charge. Twenty people and the perpetrator died. In the photos, you can see flowers, candles and portraits of killed students in front of the school in Kerch, where the attack took place. 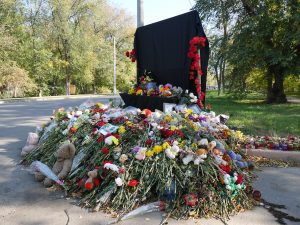 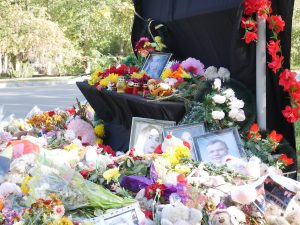 “None of us – lawyers, human rights defenders – deal with extremist activity!”

On December 7, a Crimean Tatar lawyer Emil Kurbedinov was sentenced to five days in jail by a Russian court in Simferopol. He is a well-known human rights defender, who has been active in political trials since the annexation of Crimea by Russia. On December 6 in Simferopol Emil Kurbedinov was arrested by officers of […]
Piotr Andrusieczko
Instagram
Facebook
Telegram
Twitter