Nadiya Savchenko was born in Kiev in 1981. Having graduated from the university, she signed a contract with the armed forces of Ukraine. Between 2004-2005 she took part in the military mission in Iraq, as a part of the Ukrainian military contingent.

Upon her return, she started studying at the Kharkiv University of Air Force. She was twice expelled from the university and deemed to be unsuitable for the profession of a pilot. Finally, in 2009, she graduated as a navigator and weapons operator for Mi-24 assault helicopters.

At the beginning of the armed conflict in the east of Ukraine, Savchenko joined the Aidar volunteer battalion. On June 17th, 2014, she was captured by the pro-Russian fighters under Luhansk. At the beginning of July she found herself in Russia, accused of taking part in the assassination of Russian journalists on the front line (they died during the battle as a result of mortar shelling).

In March 2015, the Russian court sentenced her to 22 years in prison. The Russian human rights organization “Memorial” recognized her as a “political prisoner”.

On May 25th, 2016, Savchenko was exchanged for two Russian secret service officers who were taken prisoner by the Ukrainians in Donbass.

After returning to Ukraine, Savchenko began her career in politics. In the autumn of 2014, she was elected to the Supreme Council of Ukraine as a deputy of Batkivshchyna party. At that time, she was still in Russian custody.

Savchenko is currently an independent politician and her activity sparks much controversy – she faces accusations of working in favor of the pro-Russian elites and having insufficient experience.

The photographs present the demonstration of support for Nadia Savchenko in Kiev, March 2016. 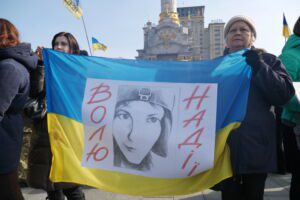 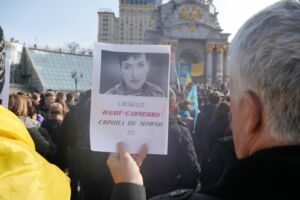 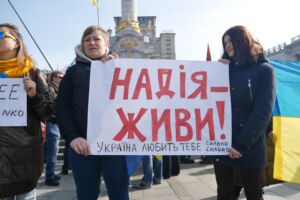 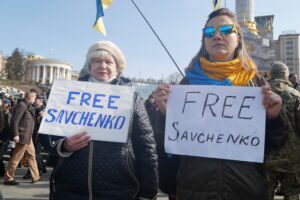 On March 9th, Volodymyr Ruban, the head of Ukraine’s Prisoner of War Exchange Center was charged with illegal arms possession and organizing terrorist attacks on the highest-ranking state officials (including the President and the Minister of Internal Affairs). A day earlier he was detained while attempting to leave the territories controlled by the pro-Russian forces […]
Piotr Andrusieczko
Instagram
Facebook
Telegram
Twitter