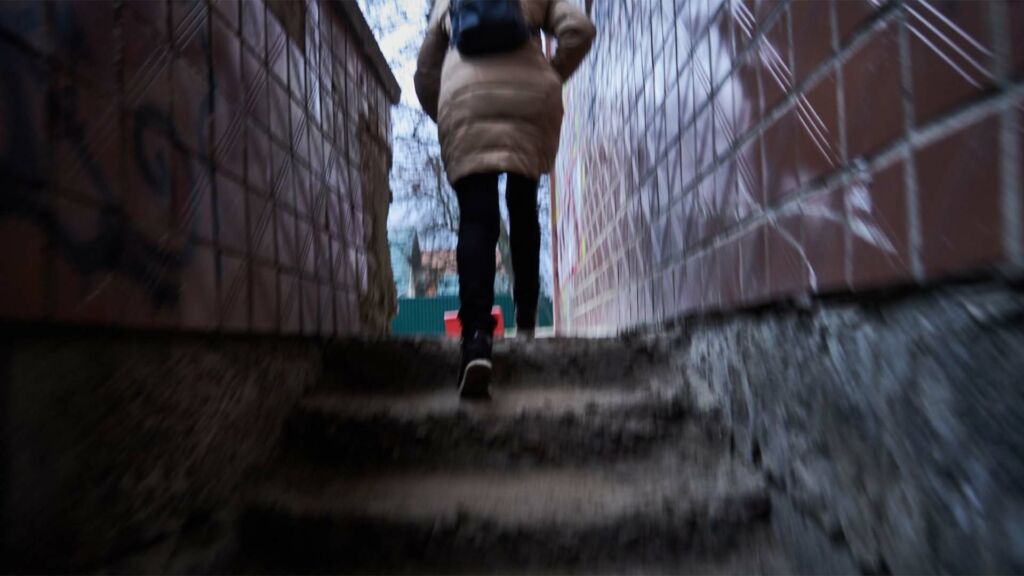 March 5th, 2022. Irpin, another day of the Russian attack on the city. At 3:39 PM, the parents of 10-year-old Kristina reach the destroyed bridge. It was blown up by the Ukrainian army to stop the passage of Russian armored columns. But the bridge is also the passage inside the city where many civilians remain. Harder fights continue inside, but Stella and her husband have to return for their daughter. The army initially won't let them go - it's too dangerous and the missiles only fall closer. Parents do not quit - the full path of their escape is recorded by Outriders reporter who accompanied the family.