What kind of information — not just content — do you need as a news consumer? 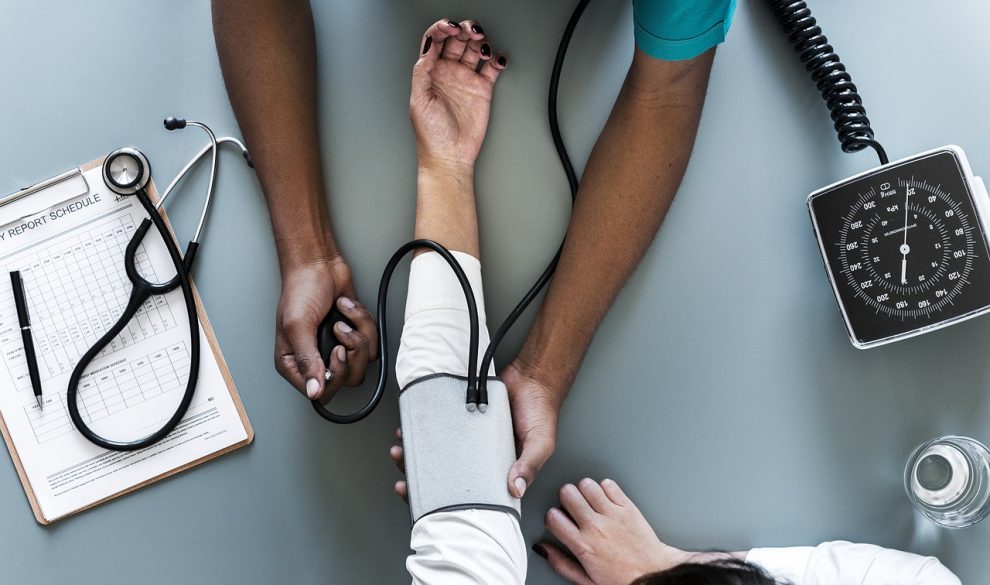 Pulse, a project launched by Sarah Alvarez and Andrew Haeg, aims to help news organizations text their communities to find out.

For all the questions journalists ask, sometimes one of the most important ones can get lost in the shuffle: What do you, as a reader/​listener/​viewer/​news absorber, need?

The self-authority of journalists has been banged about for years and I’m not here to beat the drum any further. But while groups like Hearken, GroundSource, the Coral Project, and more have pulled out ways for journalists to ask their audiences what they wanted to learn, newsrooms haven’t always been keen on asking people what they need to know.

Weather and traffic reports are always helpful, and in-depth philosophical takes on community issues can be valuable, but Sarah Alvarez wanted to find the sweet spot between. “There’s some kind of middle ground there: It’s not ‘Where is this thing’ and it’s not like ‘I wonder why people are racist’,” she said. “It’s something in the middle which is where news organizations really find their utility, but identifying the needs in the middle is difficult.”

“The more helpful response…speaks to something they need to answer in order to solve problems or overcome challenges or achieve things in their life,” added Andrew Haeg, the founder of SMS engagement tool GroundSource and Alvarez’s collaborator on the project, which they’re calling Pulse.

Alvarez founded Outlier Media last year after her JSK Fellowship in 2016. We’ve written before about how the organization mass-texts Detroiters to share information specific to them from Alvarez’s database of housing records. But for this new feature Pulse, she sought to bring her methods of determining info needs (and gaps — according to Alvarez’s definition, “an info need is just that, it’s anything that you want to know, but it’s not a gap unless you can’t find the information”) to more newsrooms.

Thanks to Google, Alvarez had a framework. A few years ago the search engine giant commissioned an academic paper on information needs to help design their algorithm for anticipating what people would need. The researchers set up a sample of 108 testers to ping via SMS periodically throughout the day to figure out what people are really trying to find when they are searching for something. They asked participants to keep a diary through that SMS conversation detailing when they needed a snippet of information, ranging from “a place to buy stationery” to “how much fat is in a Ferrero Rocher” (around 5 grams per piece). The participants also logged the context of their needs at the end of each day of the three-month testing period.

Alvarez and Haeg adapted the study for a newsroom version, with a few dozen participants over a three-day period (we’re not all trying to build our own search engine here). The pair used a grant from the Jim Bettinger News Innovation Fund for JSK alumni to kickstart Pulse and test it in a few newsrooms. Each test involved amassing a group representative of the community and willing to participate, gift cards to incentivize their responses, and questions like these three times a day:

At the end of each day, participants also were asked:

Haeg spearheaded the texting survey over two weeks with Reach NC, an education nonprofit in North Carolina, but decided to cut it one week short as it ran into Thanksgiving and people’s responses became repetitive (one woman was shopping for trimmings in Walmart). Reach NC recruited participants through its partners, but Alvarez says that a more representative sample of the community — and to get a sense of who you’re not serving — comes from buying batches of local cell phone numbers and cold-texting them, as she does with Outlier, to screen for willing participants. Alvarez led the experiment for Chalkbeat Detroit ahead of a months-long project to be published this fall. They also worked with San Francisco-based KQED to scope out the information needs of residents in San Jose for the station’s bureau, to help identify topics to cover beyond the tech world of Silicon Valley.

That experiment surprised them, both with the willingness of people to participate (perhaps thanks to KQED’s status as a public radio and TV giant) and with the types of information people sought. The morning ping always brought in requests for weather and traffic, which isn’t exactly undercovered by local media — it’s not necessarily an information gap, but just what they wanted to know. (In future Pulse iterations, they plan on skipping the morning text and sending out messages around noon, 4 p.m., and 9 p.m. instead.) But later in the day, people also wanted to know more about the homeless situation in their communities, a topic Tonya Mosley, KQED’s Silicon Valley bureau chief and based out of San Jose, knows the station and other media report on frequently. “What that told me was people are not full when it comes to this issue,” she said. “It’s something they live with every day.”

She said she was also surprised by how many people asked about specific community news, like about someone who died on train tracks one day during the test.

“These micro-clusters made me realize there’s still a sense of community and caring about places that may not be in their direct center. As an editor thinking about that, sometimes we push things aside focusing on a story that can appeal to our wide, vast audience and is not so community centered,” she said. “But people are interested in those community-centered stories because they are applicable to society at large. That was an eye-opener for me.”

“You could be covering something but it doesn’t mean you are meeting the community’s information or contact needs,” Alvarez pointed out.

Southern California’s KPCC is on board to use Pulse in the future, and Haeg is leading the tool’s facilitation going forward as part of GroundSource. His team is redesigning the platform — “ripping it down to the studs and building it back up,” he told me — after creating the platform five years ago, though it’s still in use. Interested newsrooms can also apply to use Pulse as part of GroundSource via the Community Listening and Engagement Fund, created by the News Integrity Initiative, Democracy Fund, Lenfest Institute, and Knight Foundation. (Note: Knight has also been a funder of Nieman Lab.) For Outlier, Alvarez is still leading the organization as a one-person-show with freelancers on the side. She’s focusing on sustainability and finding a successful business model for Outlier and other like-minded organizations after receiving funding from the NII for the next two years.

But both of them are just trying to get news organizations to think of the information — not necessarily content — they provide a little differently.

“There’s this nagging question of why isn’t this more of a priority for newsrooms and it’s the way that we’ve traditionally done things,” Haeg said. “We’ve never really considered it a priority to actually go out and consider what people’s info needs are.”

IMAGE OF SOMEONE, WELL, TAKING THE PULSE OF SOMEONE BY RAWPIXEL USED UNDER A CREATIVE COMMONS LICENSE.