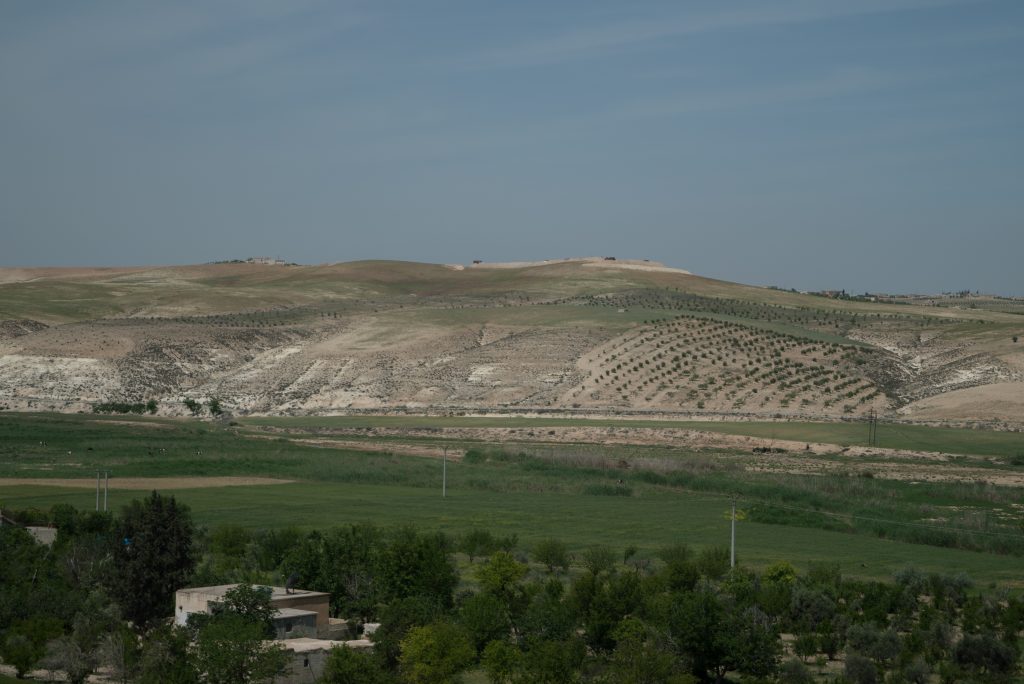 What does Turkey want to achieve in Manbij?

On June 4, the Turkish Minister of Foreign Affairs, Mevlüt Çavuşoğlu, had a meeting with the US Secretary of State Mike Pompeo. In a joint statement, they assured that they would cooperate to ensure “security and stability” in Manbij. Last week Çavuşoğlu announced that it would be a ground-breaking meeting. Shortly afterwards, the ratification of the roadmap and the de-escalation of a potential conflict were to be announced. The conflict could lead to clashes between American and Turkish soldiers.

– The plan could be implemented by the end of summer – Çavuşoğlu said last week in an interview with the pro-government television A Haber.

The work on completing the roadmap are underway and the details are still to be determined. The result of the meeting in Washington is the withdrawal of military counsellors of the People’s Protection Units (YPG) from Manbij. Other forces remain in the city.

Çavuşoğlu claims that implementing the first stage of a roadmap will begin after the ratification of the agreement between Turkey and the United States. It involves leaving Manbij by the Manbij Military Council (MMC) militia, which is associated with the Syrian Democratic Forces (SDF). It would start immediately after ratification and end after 30 days. After 45 days, a joint inspection of the city by Turkish and American troops and Intelligence will take place. After 60 days, a new administration will be formed, reflecting ethnic ratio in the city. It will be responsible for issues of civil and military kind.

Official American – Turkish cooperation to avoid potential conflict began in February. Back then former Secretary of State, Rex Tillerson, visited Ankara and the Operation “Olive Branch” was underway. Kurdish militias (YPG and YPJ) fought against the Turkish troops and the Syrian militias such as the Free Syrian Army pushing on to Afrin. Ankara clearly recognizes YPG and YPJ as a part of the Kurdistan Workers’ Party (PKK). Turkey, the United States and the European Union consider PKK as a terrorist organization.

During the Operation “Olive Branch” it was widely feared that the conflict would escalate and there would be clashes between two NATO members – the Turkish and the American army in the Manbij area. There are approximately 2,000 American soldiers and staff members in Syria.

SDF is the main ally of the international coalition led by the United States. Nevertheless, the coalition refused to engage in the Afrin clashes. Its representatives claimed the goal of the coalition is to fight ISIS. On the other hand, Turkey considers Manbij as its following target after Afrin. The city is located near the eastern banks of the Euphrates – behind the line which Turkey considers as impassable. The threat of escalation is still possible as the territories controlled by SDF are close to the “Euphrates Shield”.

Tillerson’s visit in February was aimed at preventing it. A working group and some proper mechanisms were created to develop an agreement on the future of the city. The first group meeting took place on March 8-9.

Between the devil and the deep blue sea

The meeting in June is the next step of this process. However, it is difficult to predict the results. Çavuşoğlu seems certain that Turkey and the United States will reach a satisfactory agreement. He has already announced that Manbij will only be the beginning of a process that will lead to the “stabilization of the North-Eastern Syria”. He underlined that the agreement would be applied not only to the city, but to the entire territories controlled by the SDF.

SDF are in a difficult position right now. The President of the United States, Donald Trump, claims that after the defeat of ISIS, US troops will leave Syria. It means SDF will lose air support that prevents other forces in the country from attacking their territories. Washington has still not made the final decision about the future of its involvement in Syria.

Not only Turkey is willing to take control over SDF territories. Syria, with the support of Russia and Iran, also thinks about it. On 30 May, the Kremlin RT TV network broadcasted an interview with the President Bashar al-Assad. He once again called the Americans to leave Syria and announced that the SDF has two options: negotiations with the government or fighting. However, he declared that Damascus is ready for talks, because the majority of SDF fighters are Syrians who “love Syria and do not want to be used as pawns in a game played by foreigners”.

The war in Syria broke out in 2011. More than 400,000 people died since then and almost 12 million – more than half of the country’s population – had to leave their homes.

Photo: The frontline between the forces of the Manbij Military Council, the Turkish army and militias supporting it.