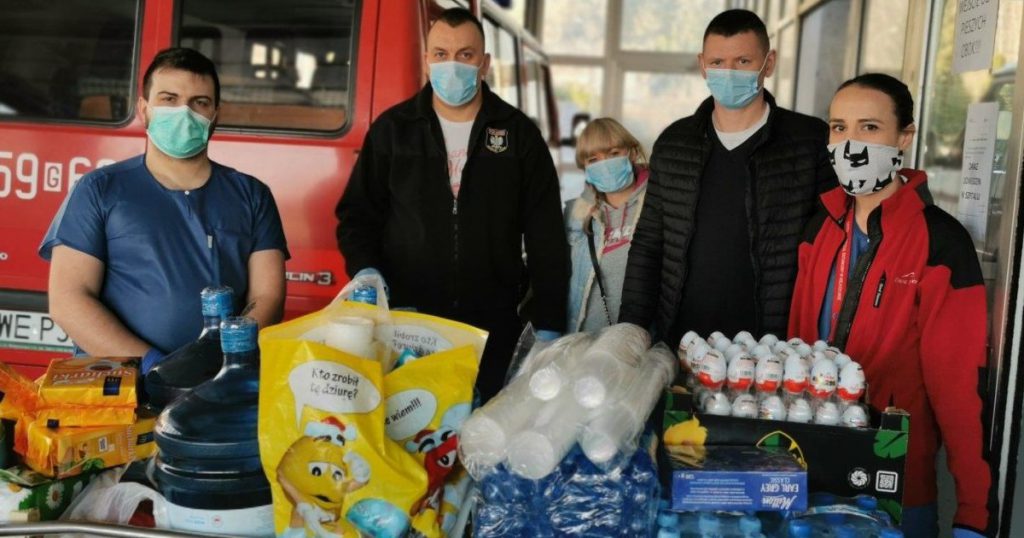 In Poland, a social initiative Visible Hand connects those who need help with volunteers across the country. It is promoted via Facebook and operates in many cities and towns where separate accounts were created. Those willing to help can sew masks, give someone a ride, walk a dog or cook lunch. The assistance is free of charge, and everyone can join.

Filip Żulewski, a founder of Visible Hand, tells us about the group’s origin, impact and challenges to his initiative.

– How large is your community? How did you manage to get people to help you?

– There are around 111,000 members in the leading nationwide group of “Visible Hand”. However, there are over 200 local groups in Poland that operate autonomously.

My initiative met with the need of people to organize themselves. It was a time of information chaos, uncertainty, so many people wanted to help or needed help. The group was founded on Facebook on March 11. A considerable number of people joined it immediately. My friends helped me, so several people are currently behind this initiative. However, the group was founded by accident.

– What is the impact of your initiative?

– Virtually every situation or need that is reported in the Facebook group is a success story. People speak and help each other. Small communities have also formed around separate groups in other cities. People make face masks, deliver food to older adults, or help with minor repairs. Moreover, posts about emotional help are critical, when people ask for conversation because they feel insecure and they do not know what to do.

Separate groups were also created regarding job search, online education, and physical exercises. There are culture groups while we are all in quarantine. And recently legal advice for people who are found themselves in economic troubles and cannot pay rent, or those who have order contracts.

– How do you manage to get funds?

– First and foremost, we are looking for emergency help in a difficult situation. It is a small help that does not require financing or can be organized as a barter kind of thing. However, in many cases in local groups, financial support came from small entrepreneurs from these cities or only thanks to people collecting money online.

– What are the challenges?

– The first challenge is to maintain the “give help – do not disturb” principle. The point is that our group is directed towards giving help and not towards having a chat. The second challenge is unverified information, fake news. The third problem is cyberbullying. People are being kicked out of the group for this type of behaviour. The fourth challenge is scams that can happen because someone reports a nonexistent problem.

The leading group and local groups must develop developed security systems, even regarding safe shopping. We also have guidelines for creating a group, building a network of friends and building a group trust.

– Is there any chance that such an initiative may appear in other countries?

– We already have similar groups in Germany and Great Britain organized by the Poles living there. But also in Poland, we have several groups for foreigners living in our country, for example, Visible Hand International. There is also a separate group gathering Ukrainians in Poland.