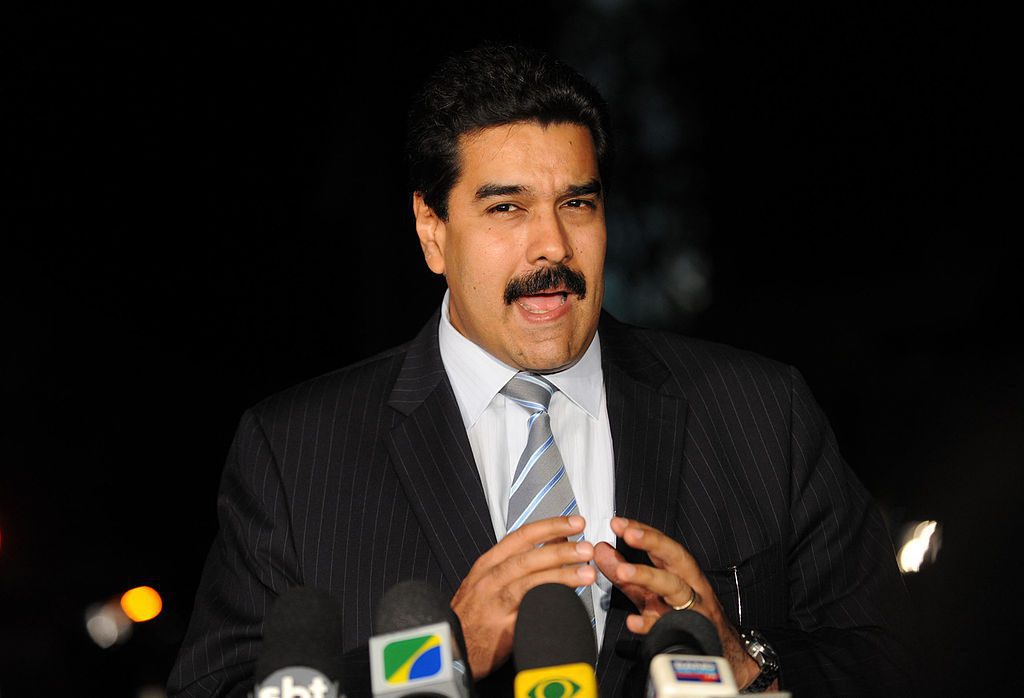 A week ago a drone attack caused panic during a military ceremony in Caracas, Venezuela. Nicolás Maduro, the Venezuelan President, claims, he was the aim of the attack. Seven soldiers were injured. According to the Venezuelan government, the President of Colombia is the one to blame.

The first suspects were detained


Nicolás Maduro, the President of Venezuela, and his wife, Cilia Flores, were evacuated from the celebration of the 81st anniversary of the Bolivarian National Guard in Caracas when some explosive charges exploded in the air near them. Two hours after the incident, Maduro appeared on TV and accused the President of Colombia, the United States and the opposition.

He said that six suspects were arrested in connection with the preparation of a terrorist act. According to Néstor Reverola, the Minister of Internal Affairs of Venezuela, they used two DJI M600 drones. Each of them was equipped with a C4 explosive charges weighing 1 kilogram. One drone was shot down by the army as it was approaching the presidential platform, and the other lost control and hit a nearby building, causing a cloud of dense smoke.

Reverol also admitted that evidence was found during the arrest. They are to be associated with Óscar Pérez, a former pilot, killed in January together with six accomplices during their operations against the government. Pérez attacked the Supreme Court and the Ministry of Internal Affairs with guns and grenades in June last year, and later instagrammed a video of the action.

Absurd and without real evidence

President Santos himself also referred to Maduro’s accusations during a forum dedicated to strengthening the inspection bodies in Colombia: – I was accused of having planned the attack on the President of Venezuela, along with the American intelligence and the Venezuelan right. For God’s sake, and I say this to the President of Venezuela, I had much more important things to do on Saturday, I was at the baptism of my granddaughter.

A terrorist attack? The opposition does not believe so

Nicolás Maduro has announced that those responsible for the attack would “face justice and the ultimate punishment” and that “they can forget forgiveness”. Meanwhile, the opposition is questioning the official version of the President. The Wide National Front of Free Venezuela, a platform gathering oppositionists and trade unionists, issued a statement: “the first reactions of the government are not aimed at clarifying the facts, but at using the situation to irresponsibly attack the opposition and try to divert attention from the real problem, which worries and affects the country – the humanitarian tragedy.”

In their opinion, the event could serve as a pretext for imprisoning more leaders who disagree with Maduro politics or a way to deprive people of their rights. – It remains to be seen if it was an attack, an accident or one of the scenarios that go viral in social networks. It would be a good idea to wait for answers, but it is very difficult to believe what the regime’s officials say – the opposition argues.

Some commentators are wondering why the attack took place during the economic crisis when Venezuela has to face hyperinflation, and the protests take place every day in the country. The Venezuelans demand, among others, food, water, gasoline and better pay.

– This year inflation in Venezuela could reach 1 000 000% – says Raúl Velázquez, a Venezuelan living in Mexico. – Maduro wants to cut 5 zeros out of bolivar (Venezuelan currency) in August. The opposition is strongly against such action as it will not solve economic problems the President is responsible for. Besides, it will not help in the long run. I would not be surprised if this attack were a prepared, organised spectacle.

The photo was taken by Fabio Rodrigues Pozzebom / Agência Brasil [CC BY 3.0 br].