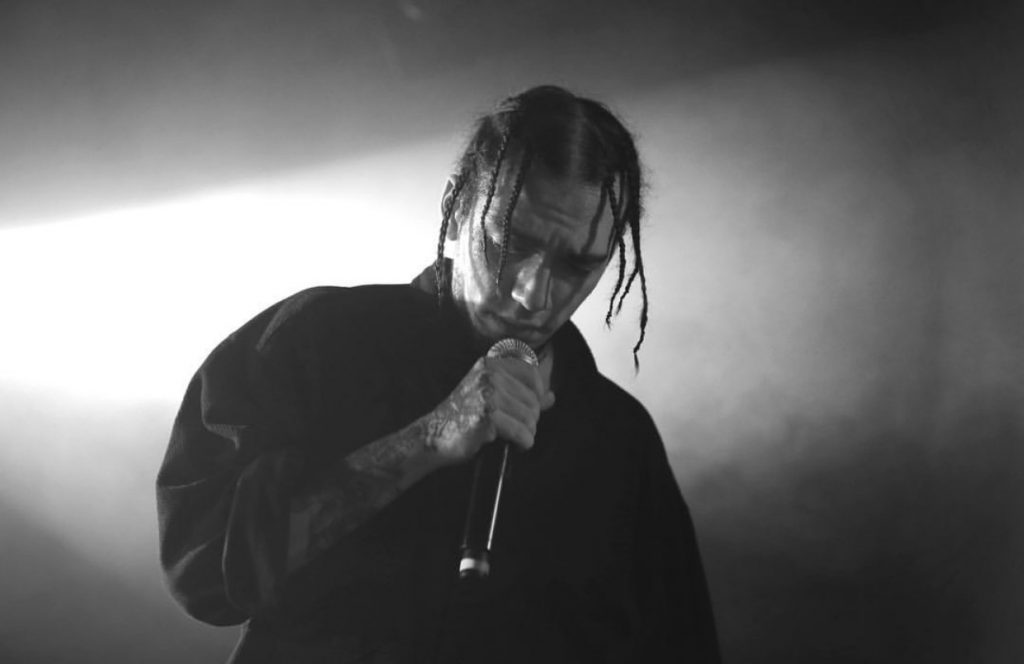 Urban Dictionary defines “dangerous” as “cool and sexy” but in “a James Dean rebel sort of way.” Turkish prosecutors define “cool and sexy” as the sort of thing which should get you arrested. As for hip hop, if the experience of Ezhel – by common consent Turkey’s most creative rapper – is anything to go by, well that can cost you 5-10 years behind bars.

Hip hop artists are now learning what journalists, academics, Kurdish politicians, human rights defenders, lawyers and students have known all along. Words are dangerous in every sense of the word. They are grist to prosecutors and judges, long practiced in criminalising people for the language that they use.

Ezhel – his real name is Ömer Sercan İpekçioğlu – is in pre-trial detention for lyrics that, according to prosecutors, “incite the use of drugs” and for social media posts. And he is not alone. His imprisonment was quickly followed by that of two other rap artists, Khontkar and Young Bego, on similar charges.

It has taken a while for hip hop to become the “new journalism” in Turkey. The genre started to become popular among youth after Ceza’s Med Cezir album in 2002. Years passed, however, until hip hop culture found its own character and form. Hip hop was initially the preserve of an urban elite youth, up-to-date with global music trends. While there was anger in the lyrics of songs, it was an all-purpose rage that wasn’t prompted by a social awakening or political consciousness.

The music of the urban poor was oriental in flavour – what was called “arabesque” or close to Turkish folk. But this began to change as the neighbourhoods themselves in the mid 90s were transformed from shanty towns into overcrowded concrete ghettos and carbon copy high rises. Turkish hip hop music and lifestyle was born. Hip hop concerts in working class suburban neighbourhoods started to draw crowds of young people. The lyrics described this new environment and embraced the new urban slang. “Fume, rust, filth, coal, plastic, garbage,” sings Ezhel to describe the capital Ankara in his hit song “The Taste of my City” (“Şehrimin Tadı”). “Tyre, exhaust, weed,” he adds to the list.

“Rap will become even more political”

Ezhel is one of a new generation of more political rappers, trained in the massive Gezi Park protests of 2013. Turkish prosecutors may be annoyed to hear, but his music is dope. There is an overdose of creativity and talent in his songs. Ezhel comes from a family of musicians and has been influenced by a variety of genres, from Tupac Shakur to Fela Kuti, Bob Marley to legendary bards such as Aşık Daimi.

A multi-instrumentalist who plays guitar, piano, tambourines and ney, Ezhel skilfully mixes hip hop beats with reggae, dub and even groovy pop rock and folk sounds. Ankara’s typical slang expressions and profanities seem to accommodate so well in his flow, breaking mainstream hip hop’s reluctance to use explicit language. With the boldness of his lyrics, Ezhel’s music suddenly appealed to a wider audience of listeners.

Forget the sunny, sandy beaches in touristic posters: Ankara is a grey and gloomy city, with freezing cold weather during a long winter season. In Ezhel’s lyrics often awash with social and political woes, weed not only reflects the attitude of those who are fed up by the society they live in, but also the atmosphere of an inhospitable urban life. “I have enough trouble myself” Ezhel sings. “My head is a mess,” another song moans.

Answering the questions of the online news website Duvar through his lawyer, Ezhel said authorities may be trying to “intimidate the representatives of the culture he belongs to,” starting by him. He categorically rejected accusations of “inciting to using drugs”. “I’m a person who has lost one of his closest friends because of drugs,” he said, lamenting that, as it is all too often the case in Turkey now, he has to prove his own innocence instead of the prosecution having to prove his guilt.

Since his arrest on May 24, 2018, Ezhel’s songs have been unprecedentedly shared and listened to. “Unnecessary bans have an opposite effect and this is exactly what’s happening,” Ezhel said, stressing that pressure will not succeed in putting rap in an inoffensive mould. On the contrary, he said. “I am not the first rapper thrown in prison nor will I be the last. The more pressure increases, the more rap musicians become politicized. After all, there are lots of things going wrong in this land and we can express that through our music.” In a letter he wrote from prison he goes even further, exclaiming “Down with censorship, long live fully independent rap!”

The ruling Justice and Development Party (AKP) has carried out charm offensives among popular artists for years, dangling carrots in front of the most famous singers and musicians. During the military offensive against Syria’s Afrin, President Recep Tayyip Erdoğan summoned artists close to the AKP and brought them to the border in a pompous PR operation. At the 2015 elections, sensing hip hop would clearly appeal to young, first-time voters, the AKP even released an electoral rap song. One of the country’s hip hop pioneers, Sagopa Kajmer, also expressed his sympathies to the AKP. But they were mostly exceptions and unlike pop or folk musicians, hip hop artists mostly remained immune to the AKP’s attempts to establish a “kosher” rap.

Well before Gezi protests, Saian’s “40 bullets to the mill” became a hymn of rebelliousness. A band made up of a Roma, a Kurd and a Turk, Tahribat-i İsyan sung about the forced eviction of the historic Sulukule neighbourhood in Istanbul, mostly inhabited by Roma families, as part of the controversial urban transformation projects. During the Gezi uprising, just a few days after police brutally evacuated the park, peacefully occupied by youth, Ozbi, an unknown rapper until then, published the song “Rebel” as an ode to the protests. “I am going to resist with a bag and a cloth mask in my stash,” he sang.

The idea that hip hop could be used to praise the AKP government or extoll a consumerist society is absurd. Hip hop will not be tamed.

The arrest of the rappers has triggered a wide social media campaign for their release. Adopting a pure Ankara slang, social media users have urged to “Free the Angara baby”, referring to Ezhel. Fellow rapper Sehabe lost no time in releasing, “Freedom for Ezhel”, in which he exposes the hypocrisy of Turkish justice claiming that Ezhel’s songs incited people to use drugs while violence was glorified in Turkish TV and society.

“Don’t give up dreaming and following your dreams,” Ezhel told his fans in a message from prison. “Don’t forget, our mind and our heart are free.” Words do incite – freedom, questioning, rebellion and art. They are, in a word, “dangerous.”

Photo: A campaign was launched for Ezhel’s release with the hashtag #FreeEzhel.