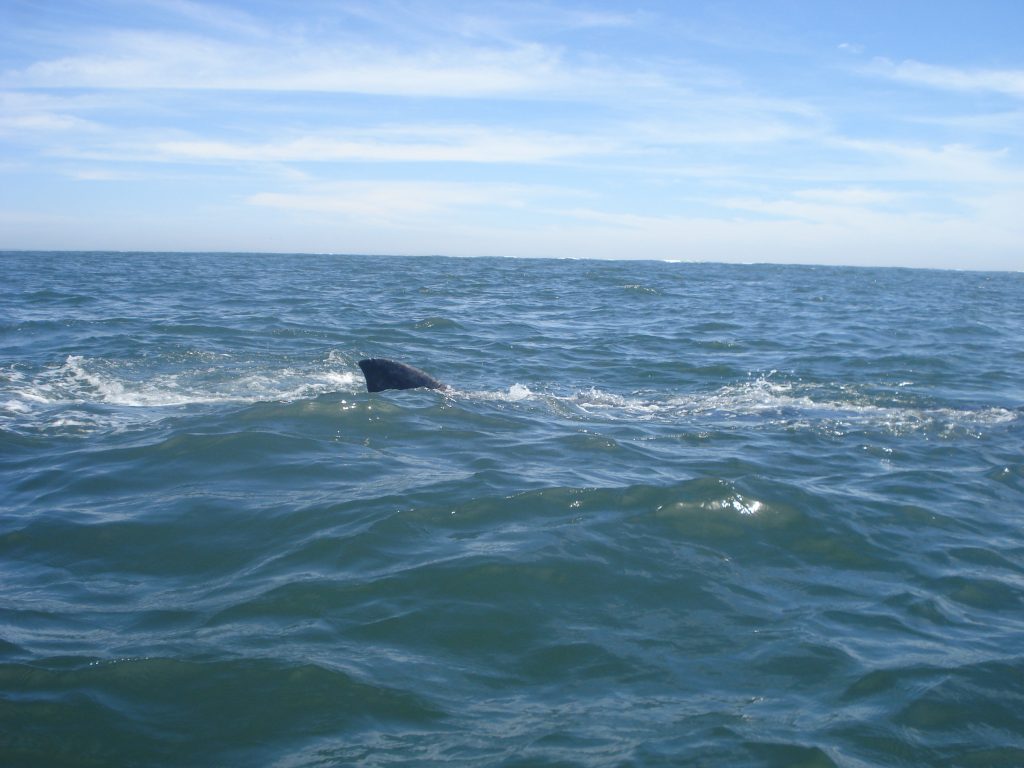 The ‘sea cow’ loses its battle against poachers

The California porpoise, also known as the Gulf of California harbour porpoise, which inhabits nearshore areas of the northern part of the Gulf of California in Mexico, is vulnerable to extinction. Although cetaceans have been protected for many years, they still fall into poachers’ trammels. – Now there are only thirty of them – confirmed Lorenzo Rojas, a cetacean expert from the National Commission of Protected Natural Areas in Mexico.

The last attempt to save the California porpoise by putting them under scientists’ care was a failure. The scientists hoped to catch a few cetaceans and move them to the nature reserve where they would have been safe. A group of about sixty people worked on a rescue plan which cost over one hundred million dollars. Unfortunately, after a week of searching, when the first cetacean was caught and transported to his new place of living, it was noticed that the animal is overstressed. Soon the second porpoise was captured but it died few hours later. The researchers suspended the rescue operation so as not to endanger the life of animals anymore.

The Bay of California is 1240 kilometres long, about 150 kilometres wide and has a depth of over 3,000 meters. The sea is called the “aquarium of the planet”. More than 890 species of fish live there, 580 species of birds inhabit numerous islands and 35 species of mammals can be found, among which there is also the California porpoise, called by the locals ‘the sea cow”.

It is the smallest of cetaceans. An adult can weigh up to 50 kilograms and it is about 150 centimetres long. It has a smaller head and a shorter snout when compared to its cousins. These mammals are skittish, and it is difficult to spot them on the surface of the water. People learned about their existence only in 1958, when three ‘sea cows’ skulls were found on the beach. At the beginning the biologists thought that these mammals appear in various places around the world, but it turned out that they can be found only in Mexico, and their number is getting smaller every year.

Sharks and killer whales are not a threat to ‘the sea cows’ compared to the activity of a man. Unfortunately, the California porpoise lives in the same area as a Totoaba, a large fish that can weigh up to a hundred and thirty kilograms. The Chinese consider its swim bladder as a delicacy and a remedy for fertility and circulatory problems. The ‘sea cow’ falls into the poachers’ trammels by accident and drowns because it cannot reach the surface to draw some air. It is true that both species are protected by the Mexican government, but the threat of high fines does not drive the smugglers away, because they can earn even 74,000 pounds for a kilogram of swim bladders. As a result, the population of California porpoises is decreasing. Twenty years ago, there were about 600 porpoises in the Gulf of Mexico, today there are only 30 of them.

The Animal Welfare Institute has announced recently that ‘the sea cow’ will become extinct unless the Mexican government stops illegal fishing in the Gulf of California. What is more, adult female porpoises may be pregnant only once a year or once in two years, and the pregnancy lasts ten or eleven months. – The extinction of these animals would be a big disappointment for us, because we have been working hard to prevent it – said Lorenzo Rojas.

Rojas also claimed that the Mexican government was not idle when it comes to the ‘sea cow’ case. In 2005 it had forbidden commercial fishing in the areas where the cetacean lives.  Then it spent over 30 million dollars to educate fishermen and promote other forms of fishing. An international scientific team (CIRVA) was formed to study cetacean population. At the beginning the scientists were optimistic and believed that every year the population of these animals will increase by 4%. Meanwhile, it decreased by over 18% per annum.

A Mexican journalist Carlos Loret de Mola claimed that a lot of money has been spent on saving the California porpoise in recent years. – Many programs have been fulfilled, so much has been said about it, and ‘the sea cow’ is still dying out. It should be considered whether it is due to ignorance, incompetence, or maybe due to corruption – he added.

However, there has been a breakthrough this year. On June 30, Enrique Peña Nieto, the President of Mexico, talked to an actor Leonardo DiCaprio and the richest Mexican Carlos Slim. They signed an agreement aimed at protecting the California porpoise by the Mexican government with the support of various foundations. According to the agreement, the temporary ban on fishing covered a much larger area of the Gulf of California – 1.3 million hectares – instead of former 126 thousand hectares. Fishermen were forbidden to use gillnets, which are especially deadly to ‘the sea cows’, for the time of two years. At the same time, the fishermen were granted financial compensation for their loss. PROFEPA started to supervise the protected area with the help of the Mexican Navy and the Federal Police Department.

The condition of the Chinese River Dolphin

According to Alejandro Oliver from the Mexican Centre for Biodiversity, the Mexican government should once and for all prohibit the use of gillnets in the places where the cetacean lives if it really wants to protect ‘the sea cows’. – You must make these waters safe for them and stop the illegal fishing immediately – he said.

However, it is almost certain that the porpoise will share the fate of the Chinese River Dolphin, which could have been be found in the middle and lower course of the Chang River. This mammal had survived 20 million years on the planet Earth, but only 13 of them lived in 1997. Now it is believed to be extinct, due to the excessive fishing and the enormous movement of ships and boats. It caused acoustic disturbances which prevented the dolphins from finding food.