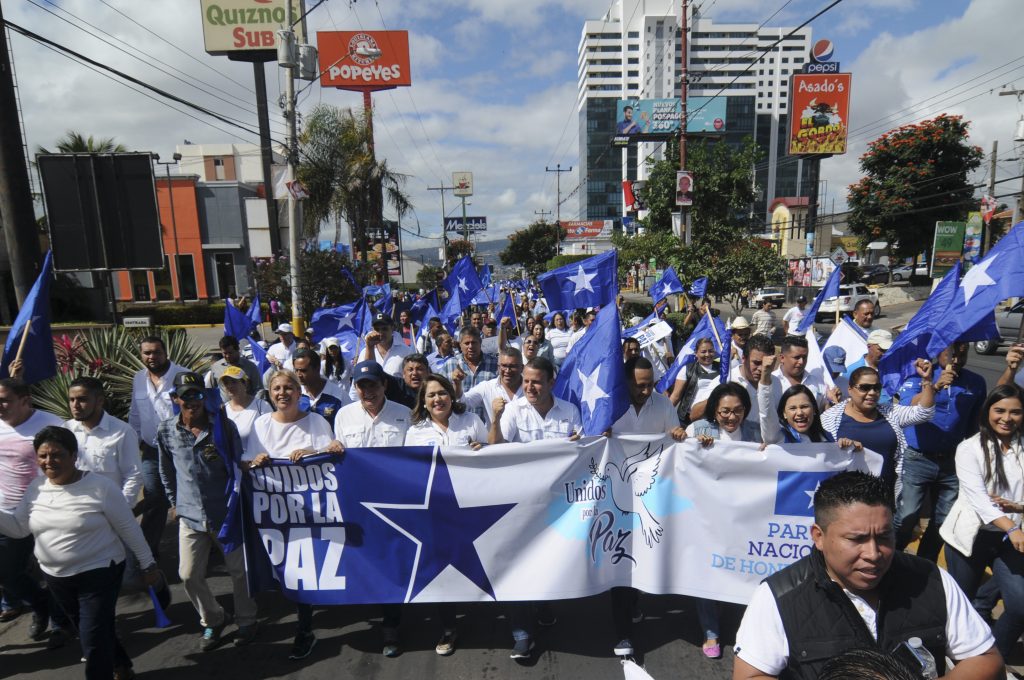 On March 25, the cavalcade of refugees – about 1600 people from Central America – crossed the border with Mexico. It is heading towards the capital of the country. US President claimed Mexico does not take American immigration laws seriously and does not take any steps to stop the illegal immigrants either.

The refugee march has been organized since 2010 by the Pueblo Sin Fronteras association in response to violence, corruption and persecution of women and sexual minorities in the Northern Triangle of Latin America. Among the participants of this year’s march, 80% of people come from Honduras, the others are from El Salvador, Nicaragua and Guatemala. There are women, children, young people and the elderly. The local people, moved by their situation, try to help them by sharing food, water and clothing.

– We are not anarchists – says Irineo Mujica, one of the organizers of the march. – We try to help these people to know their rights. We, as human kind, should support human and reasonable solutions.

Currently, the refugees are in the State of Puebla and they are going to spend a few days there. They will take part in some workshops and will be able to get free lawyers’ advice on how to apply for legal residence in Mexico or in the United States.

Get out of hell

A few days ago, BuzzFeed News started to sound the alarm, claiming that two-thirds of the refugees are going to reach the United States border and only some of them want to join their families in Mexico. Irineo Mujica claims it is not true.

– Not everybody is going to the United States. They just want to get out of hell they live in – he said in an interview with BBC Mundo. – Only a minority wants to reach the US border. Mexico is not only a transit state. It is also a destination, because it is not easy to cross the border with the United States. Many people stay where the they can find the job, in big Mexican cities – Tijuana, Monterrey, Guadalajara and the city of Mexico.

The organizers of the march added that the aim is to make the Mexicans sensitive for the fate of people who try to escape from their countries searching for a chance to have a better life. It happens that the refugees are robbed, kidnapped or even murdered on their way to the dreamland

The wall is needed

When Donald Trump realized Mexico was going to allow the refugees to enter the country, he responded with an emotional Twitter entry: “Mexico is doing very little, if not NOTHING, at stopping people from flowing into Mexico through their Southern Border, and then into the U.S. They laugh at our dumb immigration laws. They must stop the big drug and people flows, or I will stop their cash cow, NAFTA. NEED WALL!”

In the next tweet he added that people who take part in the march are dangerous and try to use the DACA decree, although it does not apply to new expatriates, but only to children and youth who got into the US before 2012.

Luis Videgaray Caso, the Minister of Foreign Affairs of Mexico, answered Trump’s accusations on Twitter too: “Mexico and the US are working on migration issues in the region. The data proves that. [Mexico deports much more people from Central America than a few years ago and fewer people cross the United States border]. Cooperation should not be questioned based on inaccurate press reports. Defending human dignity and human rights should not be contrary to the rules of law.” The authorities of Mexico also reported that 400 members of the march had to leave Mexico, including a group of 100 people who had separated from the cavalcade in the Veracruz State.

– I don’t know what happened to him – Mujicia was wondering when he heard that Trump threatened to send the army to the Mexican border and to stop helping Honduras financially. – We don’t understand how one can ask Mexico to stop us as if we were like terrorists. People who are racists blame us for everything. However, they do not know that we have escaped from a much worse situation. We do not want our children to be murdered. We are tired of living in fear. We do not want our young people to be recruited by organized crime and gangs.

Crime, repression and the lack of perspectives

The Pueblo sin Fronteras association organized two cavalcades last year, but they were not as large as present one. According to the organizers, the presidential elections in Honduras, which led to violence, as well as the repressions against oppositionists and the bad economic situation of the country, contributed to this year’s emigration.

Mexico has already announced that some participants of the march will receive humanitarian visas and the remaining ones will get transit visas for 20 or 30 days. During that time, they will be able to go to the migration office to start the process of making their stay legal, or to go to the border with the United States.

However, the Mexican Refugee Commission data are not convincing. Only 378 applications out of 4272 submitted by the refugees from Honduras in 2017 were considered positively. 392 people had to complete their documents. Less than 10% of applications have been approved in case of the refugees from El Salvador, Guatemala and Nicaragua.

This is one of the reasons why the cavalcade will travel to the capital of Mexico. The organizers would like to talk to the officials and to the senators and set up a protest in front of the US embassy. Mujica assures that the refugees only want to live safely in their new homeland, without the fear of deportation.

– No one has ever managed to stop emigration – Mujicia says. – Trump will also fail. There is no wall that would not fall.