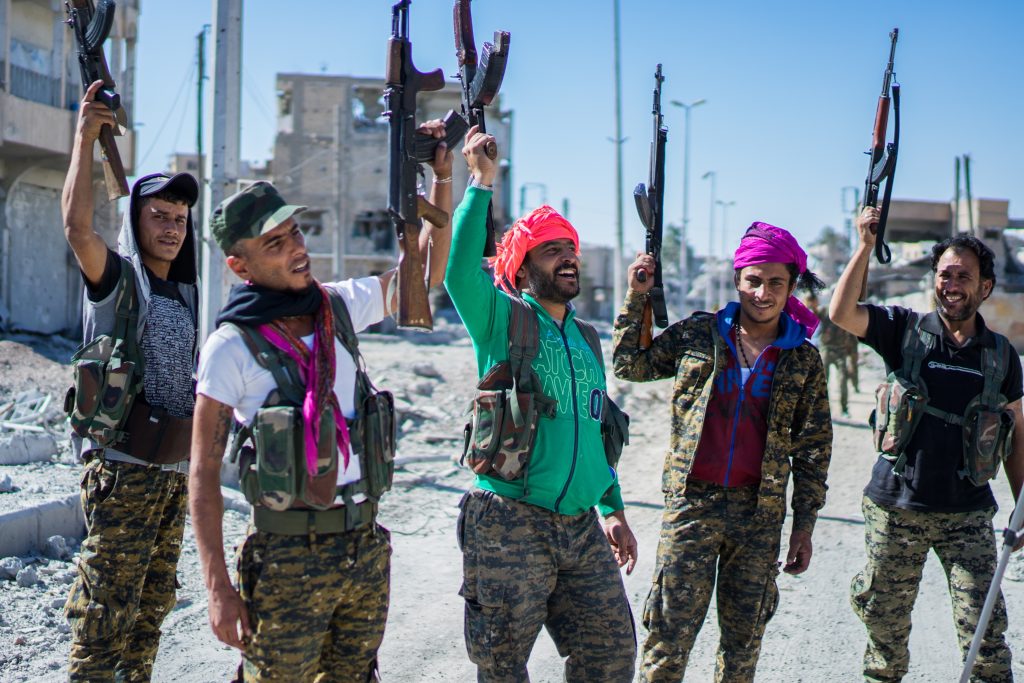 The oil in Syria means conflict

The former ISIS territories become a field of another fights
The Syrian government’s forces occupied four towns in Deir ez Zor in eastern Syria, near the Iraqi border. The attack surprised the Syrian Democratic Forces (SDF), which were preparing to resume the campaign against ISIS. The clashes lasted more than a day. “Since yesterday evening, the forces of the Syrian regime have been attacking the positions of our forces along the front line and have been trying to grab already liberated villages”, wrote Kino Gabriel, a SDF spokesman, in the statement on May 29. Soon the pro-government forces were removed from the occupied towns because of the international coalition air raids. According to the data of the Syrian Observatory for Human Rights based in London, at least 15 people died in the clashes there.

There is the largest bastion of ISIS in the Deir ez Zor province. It has been the shelter of the jihadist who escaped from Iraq. The desert, the proximity of the Iraqi border and the presence of many supporters in the Sunni population living in the region, enables them to carry on the terrorist activity. What is more, this area is located close to the Iraqi province of Anbar, where ISIS also has some support. Therefore, even if the SDF occupies the villages, there are still a lot of jihadist dormant cells there.

The military operation in the Deir ez Zor province began on September 8. It was called the “Jazeera Storm”. The SDF forces carry it on the east side of the Euphrates river. In turn, ISIS fighters were being attacked from the west by the government forces supported by Iran and Russia. The latter also cooperated with the Kurdish People’s Protection Units (YPG).

Operation “Jazeera Storm” started during the last phase of the battle for Raqqa, the capital of the self-proclaimed Caliphate. The city is located 140 kilometres northwest of the province. The SDF forces, supported from the air by the forces of the international coalition, quickly conquered city by city. On the other hand, the civilians were massively leaving the dangerous region. During clashes lasting more than a year hundreds of people have been killed.

At the end of 2017, when the government side and the SDF established themselves on proper military positions, the offensive against ISIS slowed down. It stopped after January 20, when the Turkish army and the supporting militias began the Operation Olive Branch and attacked Afrin, in northwest Syria. The SDF transferred most of their forces there.

The offensive was resumed by the Syrian Democratic Forces only on May 1. According to the SDF information, they managed to move the front a dozen or so kilometres and occupy numerous villages at that time.

The source of the future conflict

The events that took place at the end of April were not the first battle between the US-supported militias and the government forces. The most serious clash happened on the night of 7 February, when American planes bombed a column of regime forces and militias. According to Washington, this was a response to the attack initiated by the pro-government forces. In turn, the Russian Ministry of Defence claimed it was an operation against extremists. According to various data, between 55 to more than 100 people were killed, including Russians from a paramilitary organization called the Wagner Group.

The Deir ez Zor province is rich in natural resources and this is the reason for the clashes between the government forces and the SDF. The SDF gotten a hold of gas and oil fields which were previously exploited by ISIS. Thanks to the sale of natural resources abroad, the jihadists had money for their terrorist activities. The Syrian government recognizes the territories of the north-east Syria as occupied ones and threatens to regain them from the hands of the Kurds and their allies. Deir ez Zor, rich in oil and gas deposits, will probably be one of its first goals.

Photo: The fighters of the Syrian Democratic Forces just before the occupation of Raqqa.

Czytaj również
AFGHANOTES #9 With girls barred from education and amidst a financial meltdown, the English academies face closure
#VisaToNowhere
AFGHANOTES #8 In order to Flee, Afghans Are Even Selling their Carpets
AFGHANOTES #7 Without Jobs and Cash, Afghans Fear a Looming Financial Crisis
Junkyard of the West
AFGHANOTES #6 In a Barbershop in Kabul: “People are Letting their Beards Grow”
AFGHANOTES #5 Taliban Begin to Expel Women from Education
AFGHANOTES #4 Afghan Journalists Recount How Taliban Tortured Them “One of Them Put His Foot on my Head”
AFGHANOTES #3 Inside Kabul’s Book Market: Fearing Punishment from the Taliban, Now People Avoid Having Certain Books
THE REPAIRERS How Europeans Are Fighting e-Waste through Circular Economy Initiatives
AFGHANOTES #2 Afghan Children “Are at Greater Risk than Ever”
AFGHANOTES #1 – I Will Never Accept that Afghan Women Remain Silent
Leaving Kabul – How I Left Afghanistan, My Beloved Land, with a Little Suitcase
Belarusian revolution
Inside elephant territory
New mines – a blessing or a course
A Journey with Kenya’s Shepherds Struggling Against Drought and Land Degradation
Old vs new: How did the Belarussian opposition change between 2000 and 2020?
The history of hard coal mining in Poland
Being a Trans Person in Iran, an Overlooked and Misunderstood Minority