The largest aquarium in the world

The Sea of Cortéz formed about 5 million years ago and it is one of the most diverse seas on the planet. “There are over 900 species of fish and 2000 different invertebrates living here,” says Daniel Ortega, a tour operator. A lot of people want to make some money there.

We sail by boat from Loreto, a small tourist town in Mexico, inhabited by retired Americans, towards the Coronado Islands. All four of them are of volcanic origin, the largest one is a dormant volcano.

– The islands were inhabited by Indian tribes – explains Daniel, the boatmaster who has been working in tourism for over a dozen years. He likes his job because it gives a pleasure of contact with nature every day. – Spaniards discovered the islands only in 1542. They were a shelter for pirates and later. During Prohibition in the United States, there was a casino for the Americans on one of them. Today the islands have a protected status.

Approaching the largest of the Coronado Islands, we can see gulls, blue-footed, cormorants and several-month-old seals basking in the rocks.

– Adults are swimming in the sea because the temperature in recent days rises to about 30 degrees Celsius and it is too hot for them – explains Daniel. – If you want, you can swim with them.

So I decide to jump into the water. I notice a drifting seal that has raised one fin above the surface. It is a few meters away from me. 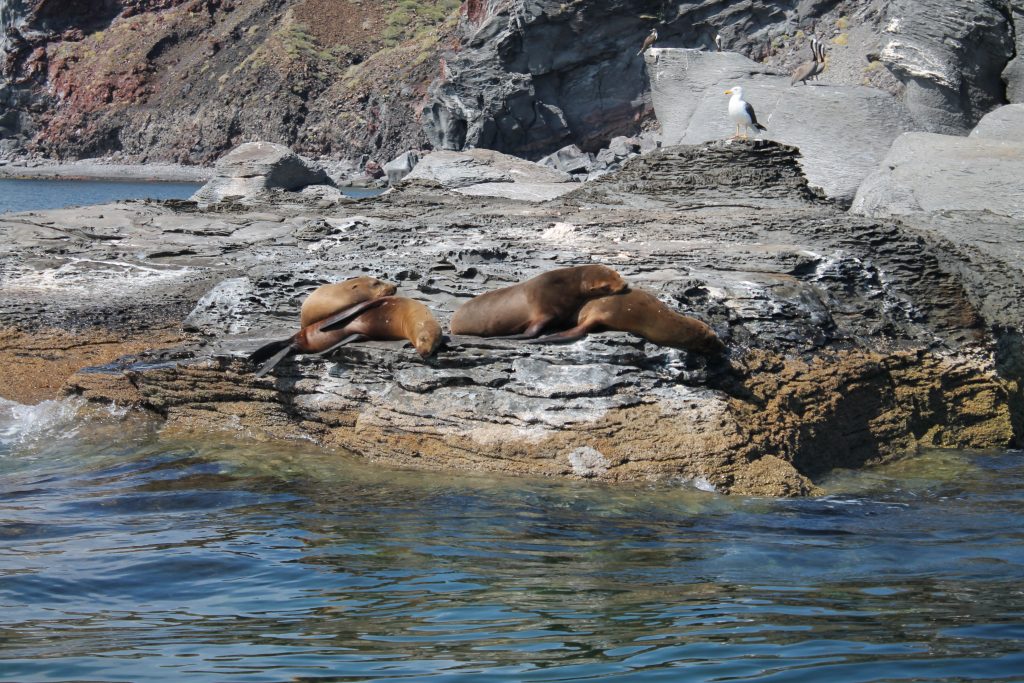 We are going by a motorboat towards the beach where a group of tourists is resting. There are no stalls, restaurants, plastic bottles or windbreaks. Local people do not agree to clutter the area. Daniel stops the boat.

– Do you see those darker spots in the water? – he asks. – It’s a coral reef. You can jump into the water here, and we will meet by the shore.

The coral is just two meters below me. I try not to hook the reef because it’s easy to cut yourself. So many colourful fish around! Some are the size of a watermelon, others are thin like a match, and they usually swim in large groups. They do not escape when I approach them.

900 species of fish live here. Fishermen say that there are so many of them because they are just happy here – the Sea of Cortéz is rich in plankton. Jacques-Yves Cousteau, a well-known French oceanographer and a filmmaker, once said that it is the largest aquarium on Earth. And he knew what he was saying because he was diving all over the world.

Apparently, the underwater richness attracts fishermen and poachers whose activity may cause the collapse of the fishery. Rare species of fish and mammals are endangered. This was the case of the California porpoise, the smallest dolphin who was accidentally falling into the set gillnet – scientists say that the species cannot be saved. However, there is hope that this will change, because local people are beginning to realise that nature attracts tourists.

Cabo Pulmo, a small fishing village located a few hundred kilometres away is an excellent example of changing the way of thinking. Its inhabitants quit fishing to protect the ecosystem and started to deal with ecotourism. Then they made an effort that the whole area and the coral reef were preserved. Today there are five times more fish there than in other places of Baja California Peninsula. They also managed to stop the plans of Spanish and Chinese entrepreneurs who wanted to build a chain of expensive hotels near the national park. 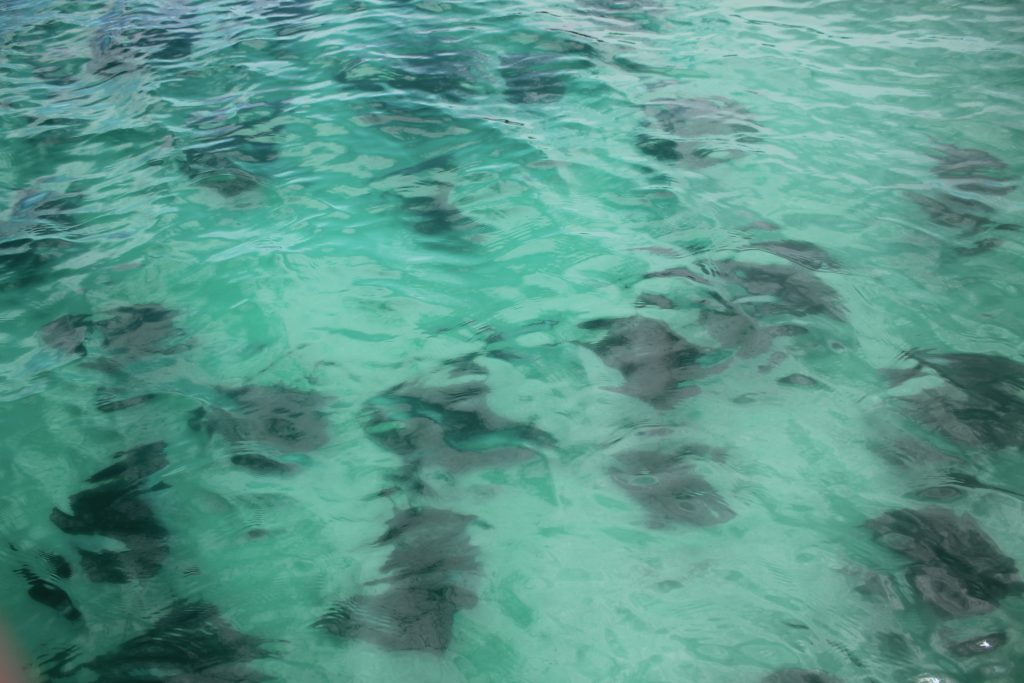 We are moving away from the shore. Suddenly Daniel changes the course of the boat because he spotted A dolphin stock. We swim towards them, and suddenly they surround our boat. Some of the dolphins jump out of the water, others observe us.

– Are there so many of them all year round here? – This is nature, it has its own rules – Daniel answers. – Sometimes you can find dozens of seals on the rocks, sometimes a lot of dolphins in the water.

However, according to Daniel, the biggest tourist attraction are the whales. They can be found here from November to the beginning of April when the water in the Ocean is still cold.

– As many as one-third of all whales on Earth live in these waters – he says. – You can see grey whales, which are not afraid of people, in Magdalena Bay, not far from here. They swim so close to the boats that you can stroke them as if they were dogs. You can swim with the whale sharks in La Paz. They are up to 18 m long, but they are not dangerous at all, they feed on plankton, and they do not harm people. The blue whales also come to this part of the Gulf of California. They are the largest whales in the world, they are up to 30 metres long and weigh up to 190 tons. When I am with tourists at sea, I have to be careful to keep a safe distance, because sometimes they jump out of the water and they can accidentally smash the motorboat. Anyway, the view is impressive.

Suddenly, I notice something on the other side of the boat floating in the air, and after a while, I hear a loud splash. I lean in and see lots of black spots in the water.

– It is a flock of rays, they are somewhat skittish – Daniel says. – Do you want to swim with them? 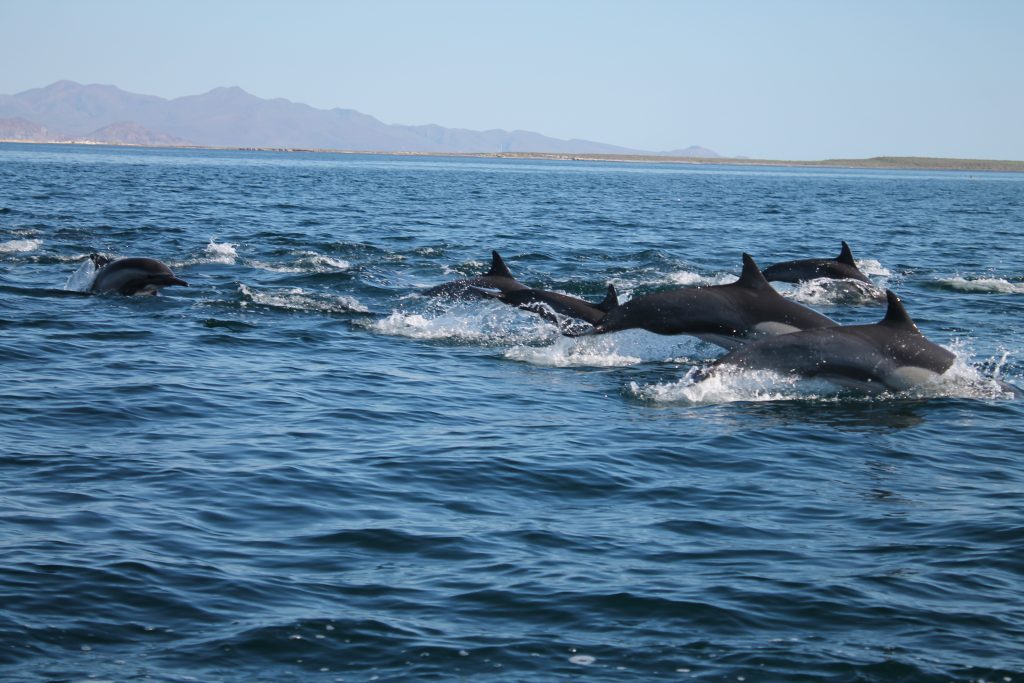 A chance to save coral reefs

During 2017’s World Ocean Conference in New York, the scientists agreed that up to 90% of coral reefs may be dead until 2050. However, by now, the greatest Australian reef is 50% destroyed and the Mexican – 65%. The extinction process is much faster than expected.
Honorata Zapaśnik
Mexico, North America, South America

Cactus gas – an alternative to petrol?

I meet Miguel Avé and Rogelio Sosa López in the headquarters of a La Nopalimex company. It is located on the outskirts of Zitacuaro in the Mexican state of Michoacan. The enterprise became famous for an invention using an inconspicuous plant – cactus. Biogas extracted from one of its kinds, nopal, has a potential to […]
Honorata Zapaśnik
Mexico, North America, South America

The ‘sea cow’ loses its battle against poachers