Fifteen-year-old Mukta seems happy as her hands and feet are painted with henna.

She sits in a dimly lit room, surrounded by a retinue of women who are making her up. In the drawing on her hands, the moon and the stars are aligned, in accordance with Hindu tradition. 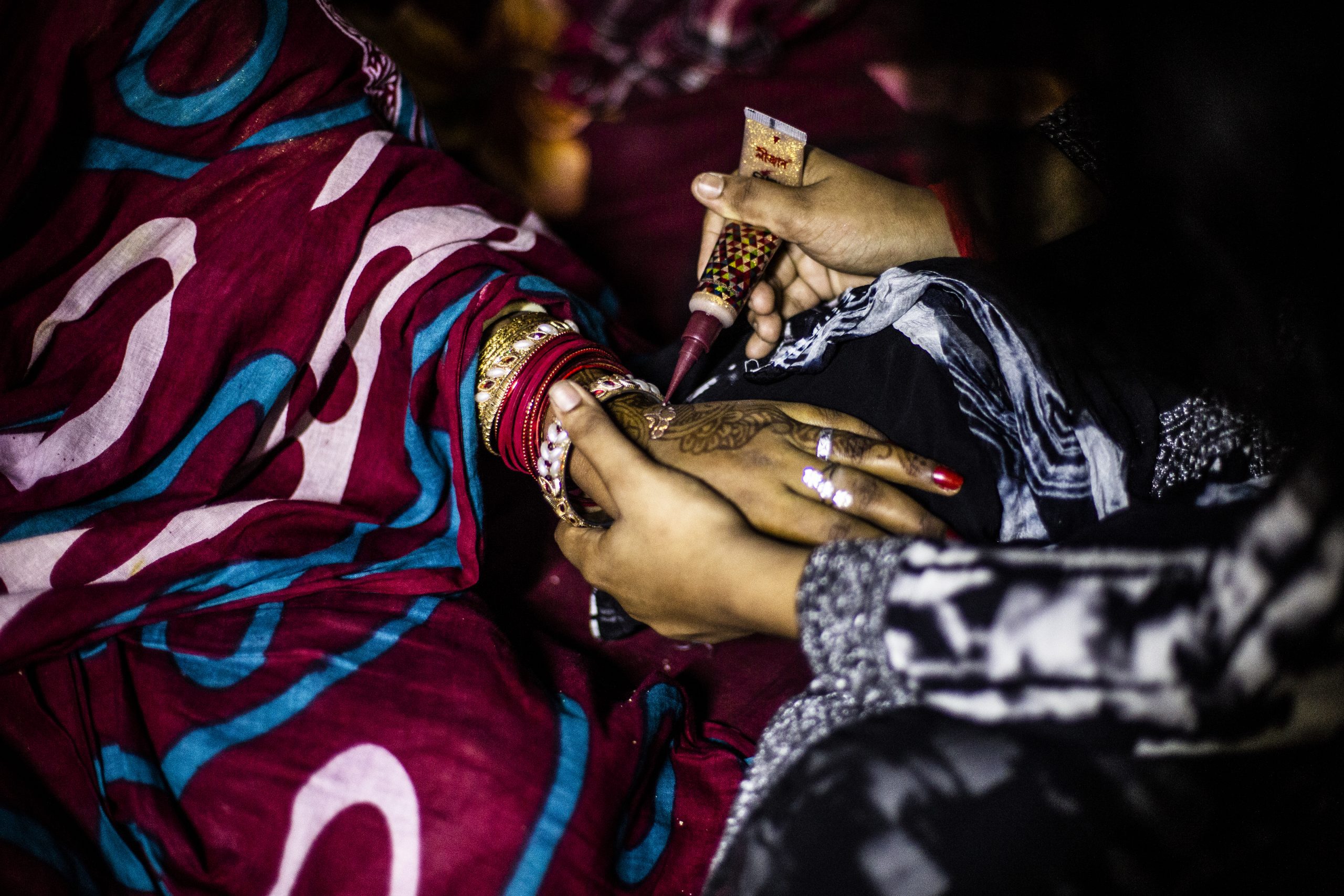 Seven weddings are being held in this remote village called Gopai, around 250 kilometres from the capital, Dhaka (over seven hours by car), close to the border with West Bengal, in India.

The teenager has never seen her future husband, but she says she isn’t worried. “All I want is peace and prosperity. Brahman will provide,” she maintains. Brahman is a spiritual concept in Hinduism that connotes the Ultimate Reality in the universe.

Everything changes when the moment of the nuptials arrives. Mukta collapses, curls up on the ground in the fetal position, and screams. Her small body is covered in a sari (traditional garment). The glitter vanishes from her face. People try to pull her to her feet. She refuses. Her mother and a female cousin carry her in their arms. 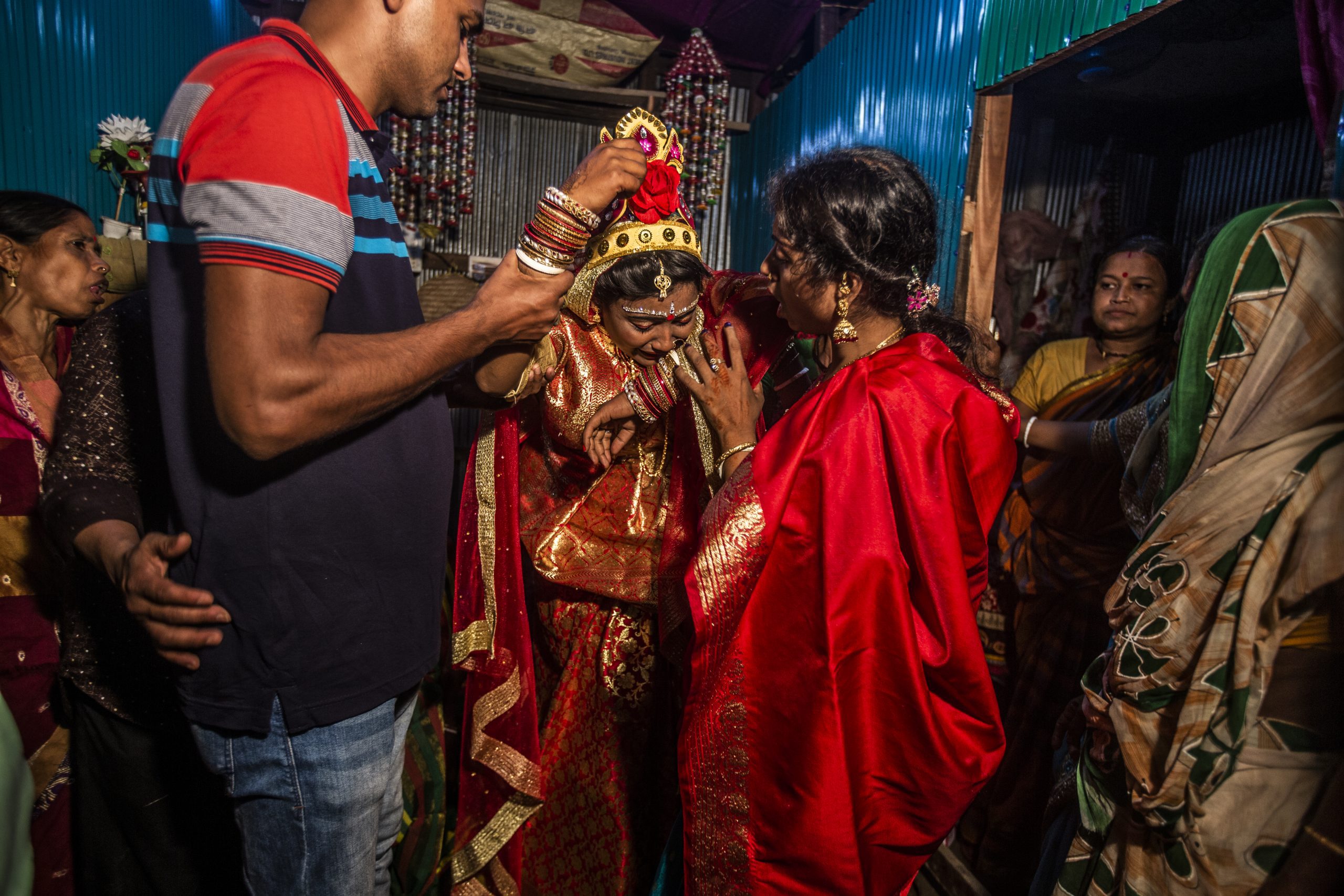 Outside, everyone dances to the beat of the drums and a musician’s melody. He plays the organ connected to a speaker on his bicycle. The attendants toss rice and artificial spray-painted snow into the air. 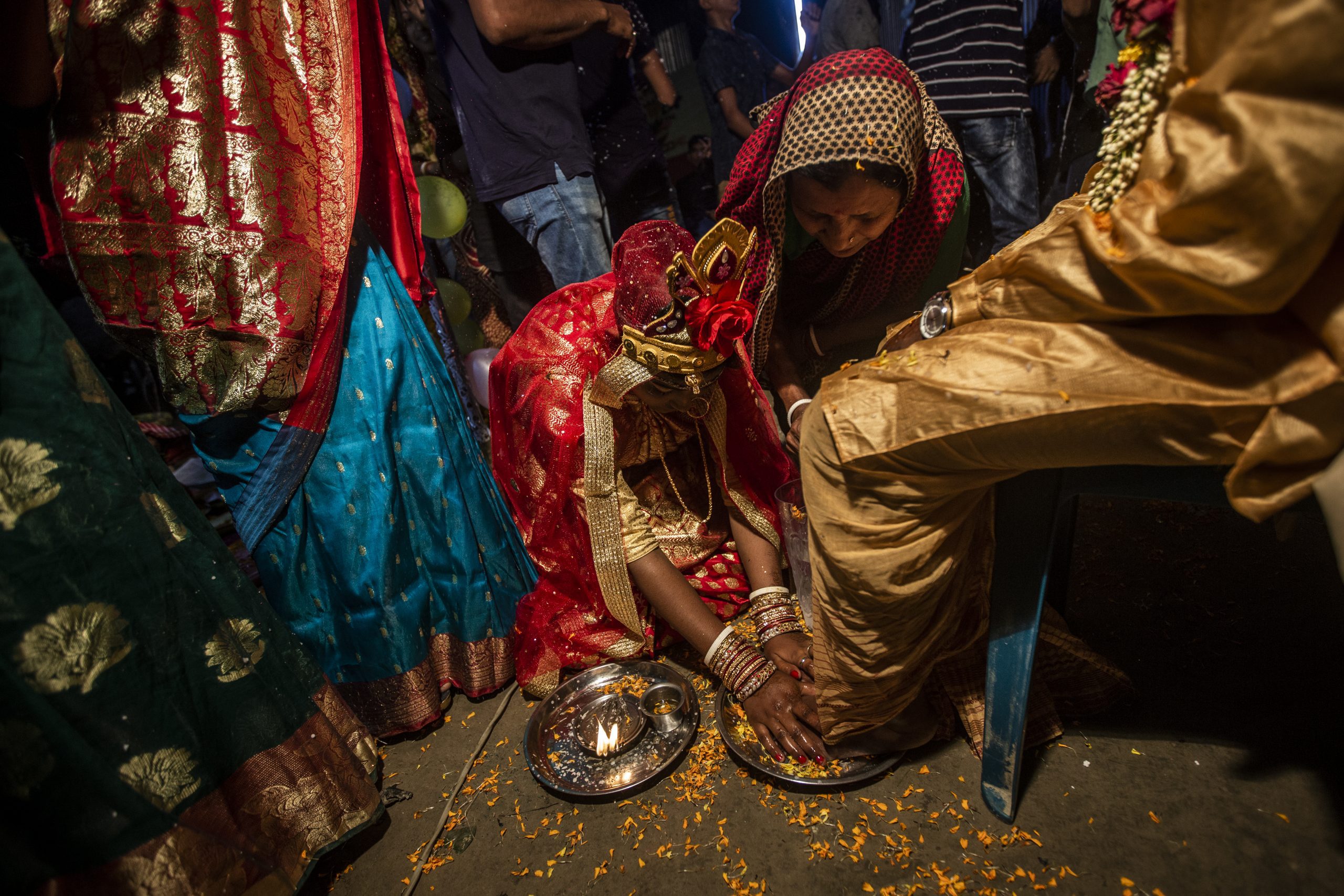 The couple turns seven circles. With the completion of each circle, Mukta is supposed to kneel, wash, and kiss the feet of her suitor, Shojon, 25, as an act of respect.

They exchange flower garlands and read and make several vows to each other. The groom places the garland around his bride’s neck. Mukta tosses red powder into the groom’s hair, which means that she is now officially married. Not once does she look her new husband in the face, and she hasn’t stopped crying; in fact, her mother repeatedly steps up, wipes the tears from her daughter’s face, and asks her to kneel down again.

Nor is there any interaction between the couple when they are covered by a cloth. 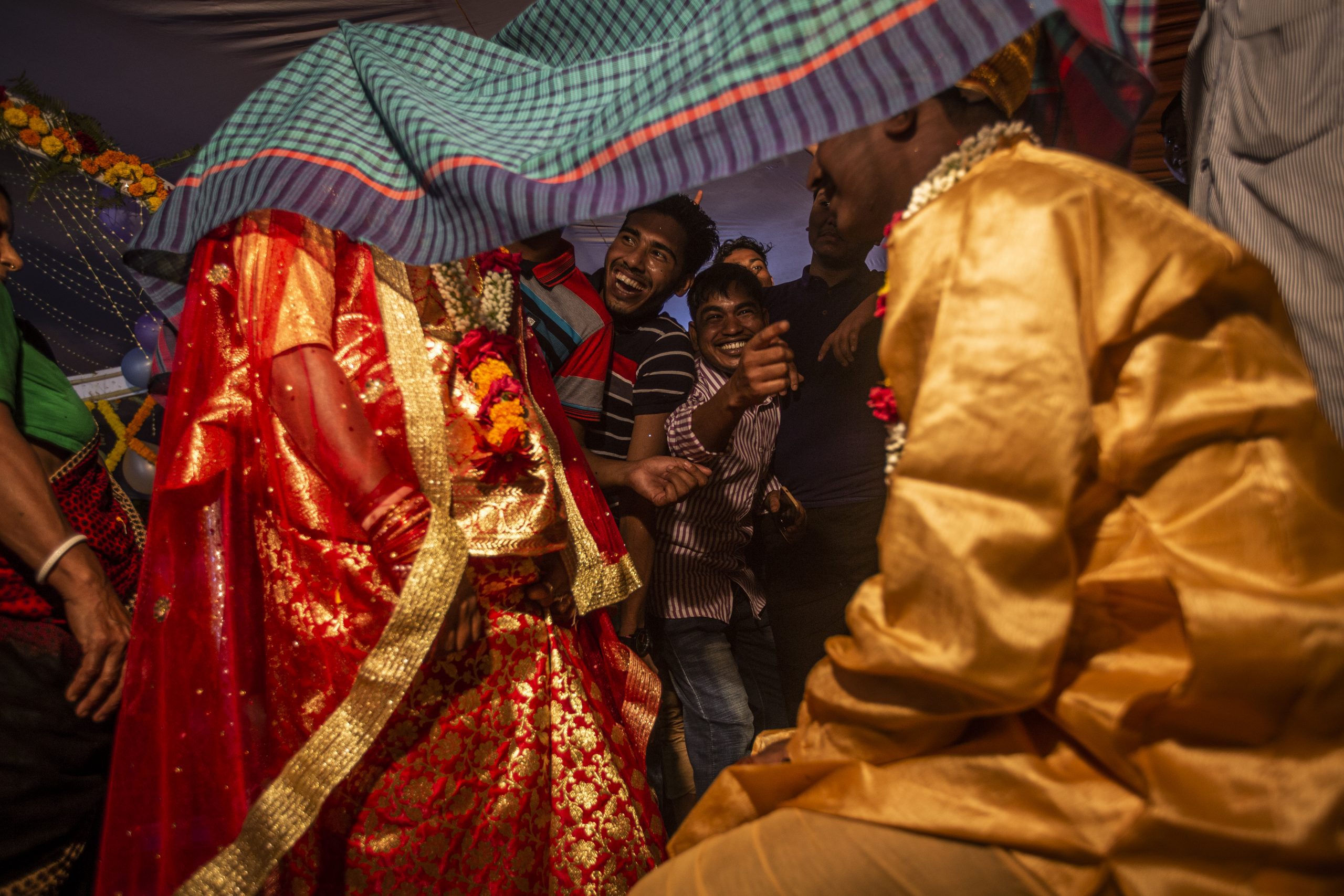 “The approach will take days,” the girl’s father says. “But it will happen,” he adds.

Hindu and Muslim marriage traditions are different. In this Hindu wedding, the costs are shouldered by the family of the bride, whose parents must also provide her with jewellery and a dowry. These are added to the gifts and goods that the bride and her family must offer to the groom. As a result, poor families are left in ruins after a wedding, and many see it as more of a problem than a blessing to have a daughter. In 2006, the organisation Stop Violence Against Women surveyed 850 families in Bangladesh for its study “Son Preference,” concluding that 93% would prefer to have a male child.

In theory, dowries have been prohibited in Bangladesh since 1980. In practice, however, it remains an established tradition, especially in rural communities, and is closely linked to violence against women. In 2018, Bangladesh saw at least 142 cases of violence against women that were affiliated with dowries: 71 women were murdered over dowry-related situations and two women committed suicide over the demands for dowry, according to the Odhikar organisation.

In some cases, families seek to get rid of female children as soon as possible, given that girls don’t perform money-earning tasks. And although the preference for male children has decreased, it still propels selective abortions and even killings of girls at birth. The birth ratio has remained stable in recent decades in Bangladesh, where there are 105 male births for every 100 female births, according to the United Nations.