The sun seeps in through the clay and bamboo. The shack smells of flowers and perfume. It’s hot. Flies circle. The girl doesn’t smile. Her eyes are puffy from crying. It’s her wedding day.

Rain menaces in the distance.

“It’s a cyclone,” says a man, gesturing skyward. “It’s called Fani. They’re always named after women,” he murmurs. The girl avoids eye contact throughout the interview. The silences are eternal, her answers short.

“Are you happy about the wedding?” we ask Mubasshara. “How am I supposed to answer that?” the future bride responds.

Her future husband is found between a labyrinth of shacks and a makeshift sewer separating the two sides. Yousuf, 26, is waiting with his three children. One of them, held in Yousuf’s arms, is sick. The father waves a wicker fan to shoo the insects from his son’s face. 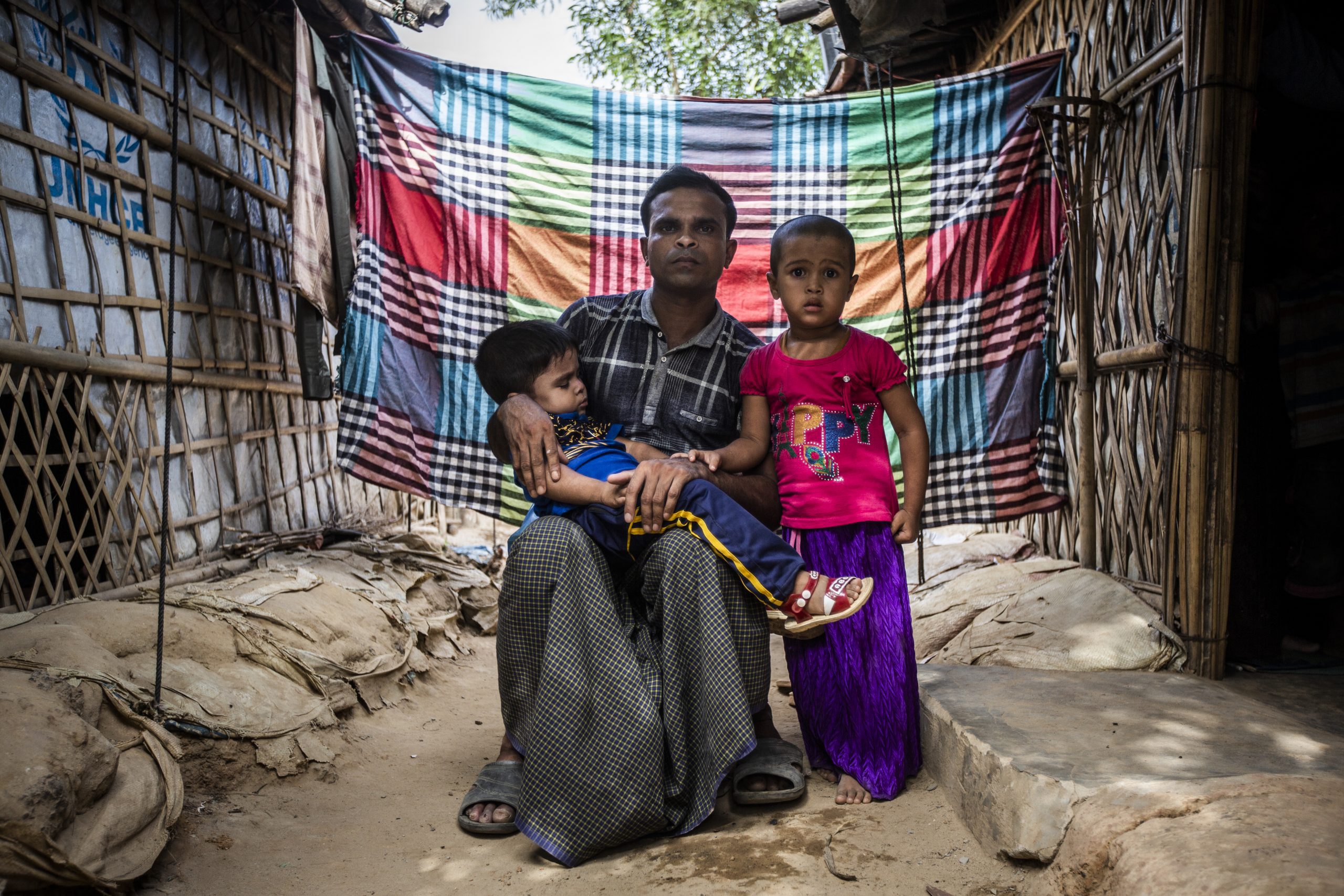 “It’s not that I’m happy, but I’m doing it for these children, because I need someone to take care of them,” the groom explains. “It’s very difficult here. We don’t have enough food and water.” Yousuf is a widower. He says that his wife died by gunshot and fell into a river.

He says he knows his future wife by sight. They come from the same village in Myanmar. He has paid a hundred dollars for her dowry and clothing—a sum that will lessen the financial burden on Mubasshara’s family for a few months, besides relieving them of an additional mouth to feed. “I don’t feel either guilty or happy,” Yousuf says.

“The reasons behind child marriage in Bangladesh are quite similar to the ones we find in other countries, and the first and most important reason is always gender inequality,” explains Heather Barr, co-director of the Women’s Rights Division at Human Rights Watch (HRW). “If education isn’t accessible or if the school is far from home and parents can’t manage to send all of their children, they’ll decide to send their sons and not their daughters.”

Added to the mix are family expectations in Bangladesh, Barr explains that here, as in other countries, it is assumed that sons will stay at home and continue supporting their families of origin, while daughters are expected to contribute to their husbands’ households when they marry. “This also means that you will prioritize your son over your daughter,” she adds. When girls leave school, their risk of being married off is far greater.

Another cause is poverty. “Families simply don’t have anything to eat. Parents are under heavy pressure from the inability to feed their children, and they believe that if their daughter gets married, then maybe at least she’ll get to eat in another household,” Barr continues. “And so sometimes the cause is people’s simple struggle for survival.”

Social pressure is another factor, the co-director of the HWR Women’s Rights Division says. “In Bangladesh, as in other communities, it’s conventionally expected for girls to get married before the age of 18.”

Barr explains that she has spoken with some parents who hadn’t wanted their daughters to marry so young because the parents had experienced the same thing and it had been terrible for them. And yet, when they started feeling pressured by neighbours and rumors, they ultimately came to believe that it would be better for their teenage daughter to marry than to get entangled in a romance. 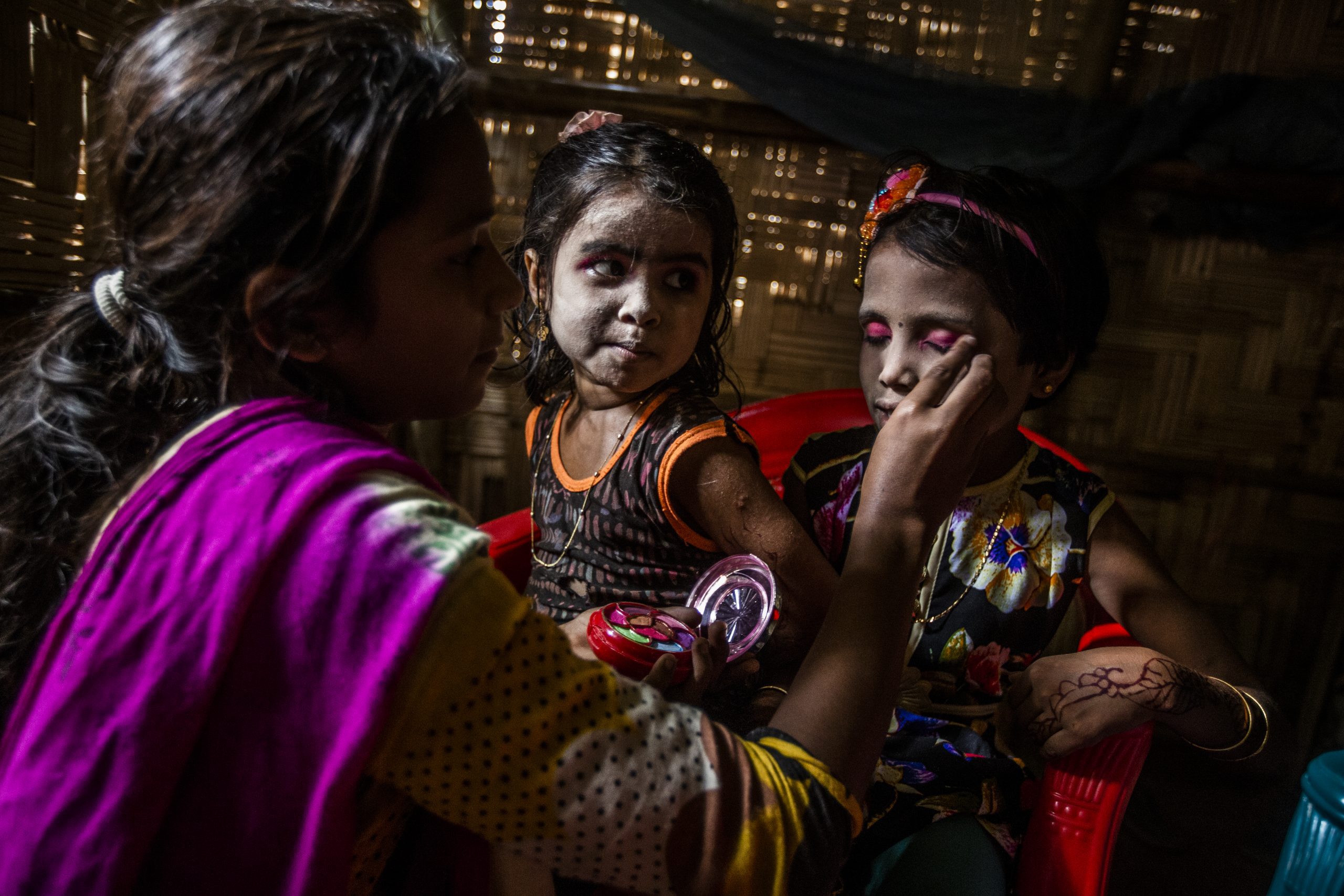 “And so another cause has to do with control over girls’ sexuality, which is another form of gender discrimination,” she stresses. “No one is worried about whether their boy is having sex with somebody or has a girlfriend, but the idea persists that if a girl gets into a relationship, it could damage her reputation or her family’s reputation, and this is profoundly sexist,” Barr adds.

It’s time. The bride’s brother appears. The girls’ face is covered by a veil, her eyes hidden behind a pair of sunglasses. Mubasshara leans into her brother. Both are audibly sobbing, and she resists leaving home.

In the end, she’s pulled along through the mud, sidestepping a stream that trickles down the corridor of wood and plastic houses. They get into a rickshaw, a three-wheeled motor cart. The vehicle revs up, and the future wife drives away. Her new life begins. 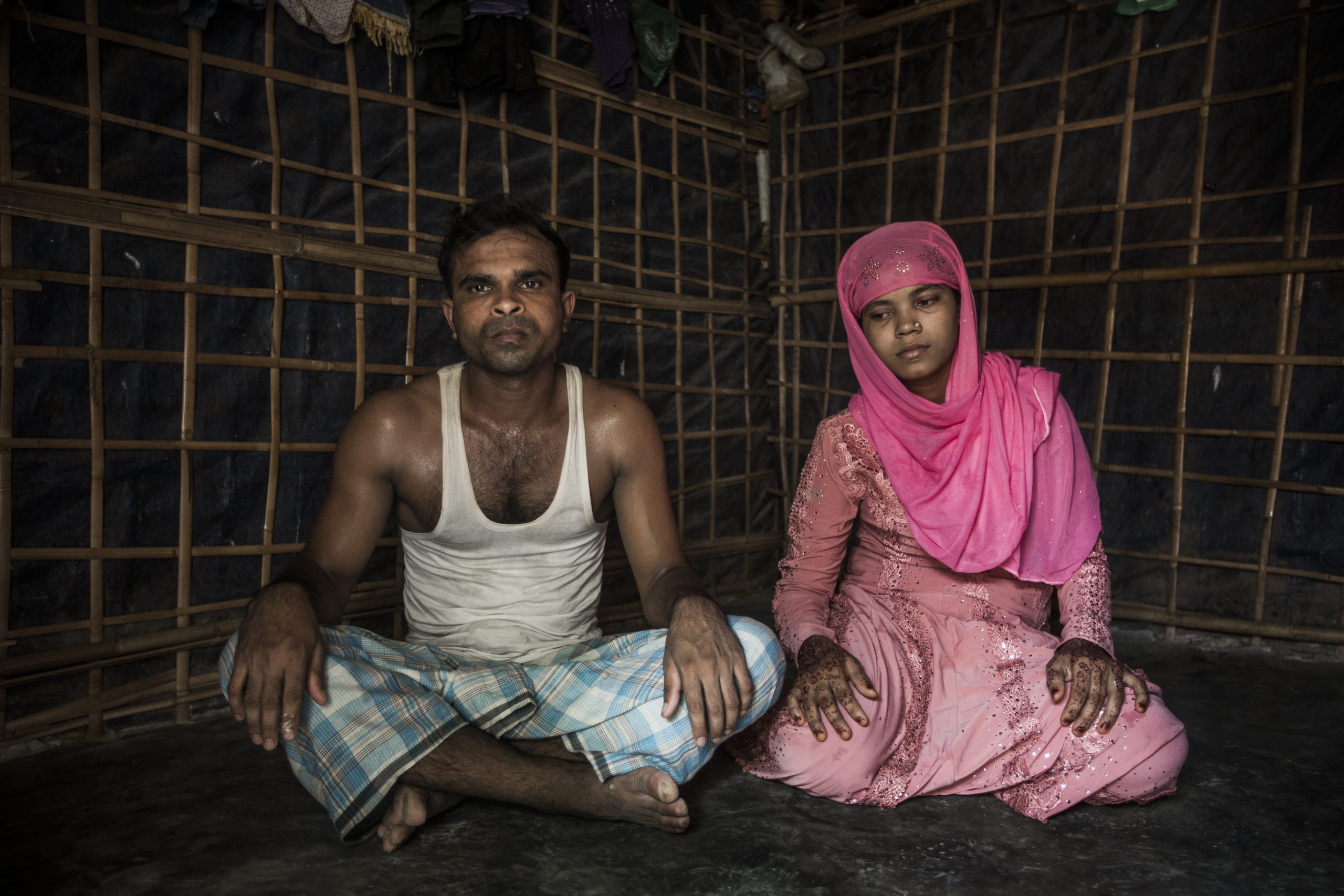