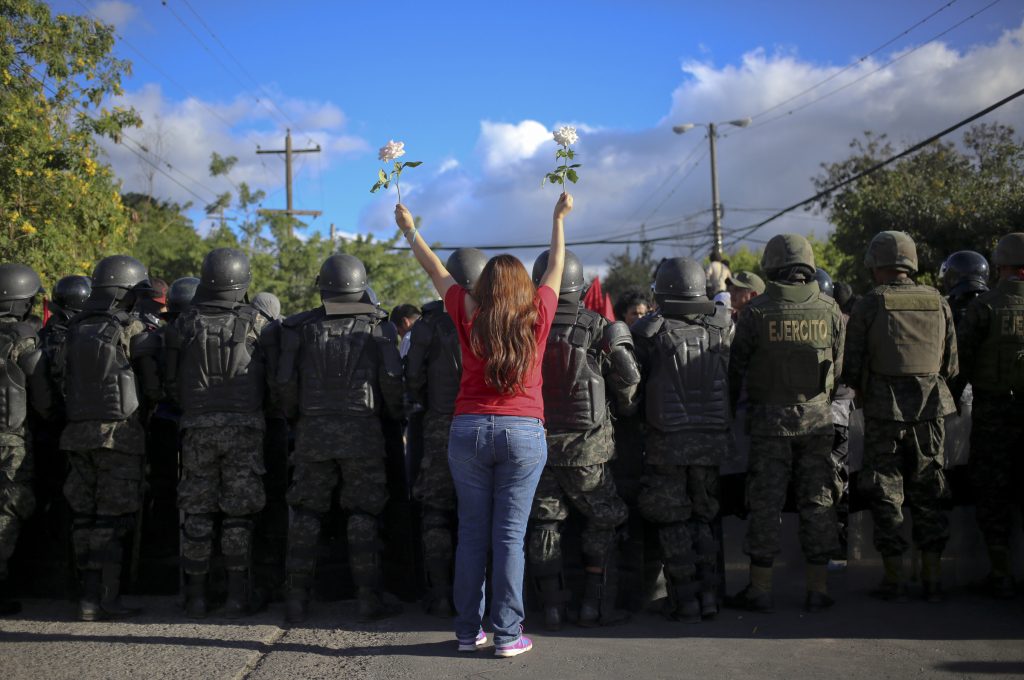 The caravan of refugees crosses Mexico

– The members of the immigrants’ caravan are not gang members or terrorists, like Donald Trump, the President of the United States claims. They are citizens who are looking for a chance for a better life – says Alden Rivera Montes, Honduran ambassador in Mexico.

“Our people have been deceived.”

Donald Trump said that the members of the Mara Salvatrucha gang and the terrorists are in the caravan of immigrants. Alden Rivera Montes assures, however, that the Hondurans decided to emigrate for political reasons.

– There is political motivation in this case – he said. – One of the political parties cheated the potential members of the march, claiming that they would receive a transit visa in Mexico and will be welcomed in the United States. Our people were deceived, they were told about that to mobilise them.

The Ambassador also confirmed that a group of approximately 4,000 migrants, who are already in Mexico, want to get to the United States through the border crossing in McAllen, Texas.

– This decision can change at any moment due to U.S. Citizenship and Immigration Services (USCIS) and the Federal law enforcement agency, but it is undoubtedly the shortest way they will choose, according to our information.

The refugee caravan is organised by the People without Borders association since 2010 in response to violence, corruption, the persecution of women and sexual minorities in the Northern Triangle of Central America. It is the second march organised this year and the most popular so far. In April, around 2,000 people, including women and children, managed to cross the border with the United States. Over 80% of participants of that caravan were from Honduras, and the other members came from El Salvador, Nicaragua and Guatemala. Nowadays, the caravan is twice as big. According to the organisers, last year’s presidential elections in Honduras, which led to violence, as well as repressions against oppositionists and the poor economic situation of the country, contributed to the current situation.

Last Friday the Mexican police tried to stop the caravan of immigrants using tear gas and shields. Thousands of people were stuck on the bridge over the Suchiate River. The bridge connects Guatemala with Mexico. Some accepted the offer of the Guatemalan army, which agreed to take them to Honduras by buses. Some decided to cross the river illegally on rafts. In Mexico, residents were waiting for immigrants with drinks and food.

Work visas for people taking part in the immigrants’ caravan

Enrique Peña Nieto, the President of Mexico, defended police actions, explaining in a television speech. – Like every sovereign country, Mexico does not allow and will not let anyone enter its territory illegally, let alone using force.

He underlined that the participants of the caravan must have a visa to get to the territory of Mexico. They also need a visa to get to the United States. In response, López Obrador, who will take over the post of Mexican President in December, announced that every refugee from the caravan, who would like to stay in Mexico, will receive a work visa.

The approach of Mexico softened the next day, and the Mexican police were passively watching migrants crossing the border illegally. It contributed to Donald Trump’s harsh reaction.

“Sadly, it looks like Mexico’s Police and Military are unable to stop the Caravan heading to the Southern Border of the United States”, Trump wrote on Twitter. “Criminals and unknown Middle Easterners are mixed in. I have alerted Border Patrol and Military that this is a National Emergy. Must change laws!”

The Mexicans appalled by the government’s behaviour

Numerous politicians and journalists have criticised the aggressive attitude of the Mexican government towards Honduran migrants.

– It is a pity. Mexico is a country that also sends out emigrants, and there are voices that we should close the doors for Central American emigrants. We blame them for contributing to the crime increase in the state – said Arturo Sarukhán, former Mexico ambassador in the United States.

Some, however, hold to their opinion, claiming that the migration problem has increased in recent years. It is estimated that over 400,000 people annually are illegally entering Mexico only to get to the United States. According to César García Jiménez from the Procentro business association, some illegal migrants stay longer in Tapachula, Chiapas, where they look for a job to earn money for a further trip to the United States. Women work cleaning houses and restaurants. Sometimes, unfortunately, they have to work as prostitutes. Many people also deal with contraband. These people sell smuggled goods on the streets, causing financial loss to local businesses.

– Many my colleagues think that we should not keep immigrants from Central America because they are our brothers, and they are a problem of the United States, not ours – admits Alejandro Muñoz, a Mexican economist. – I am afraid I have to disagree with this. We should know who crosses our border. Moreover, if we give a visa to these people later, then we must also provide them with a job. Meanwhile, almost half of Mexicans live below the poverty line.

Photo: Made by the Xinhua agency.