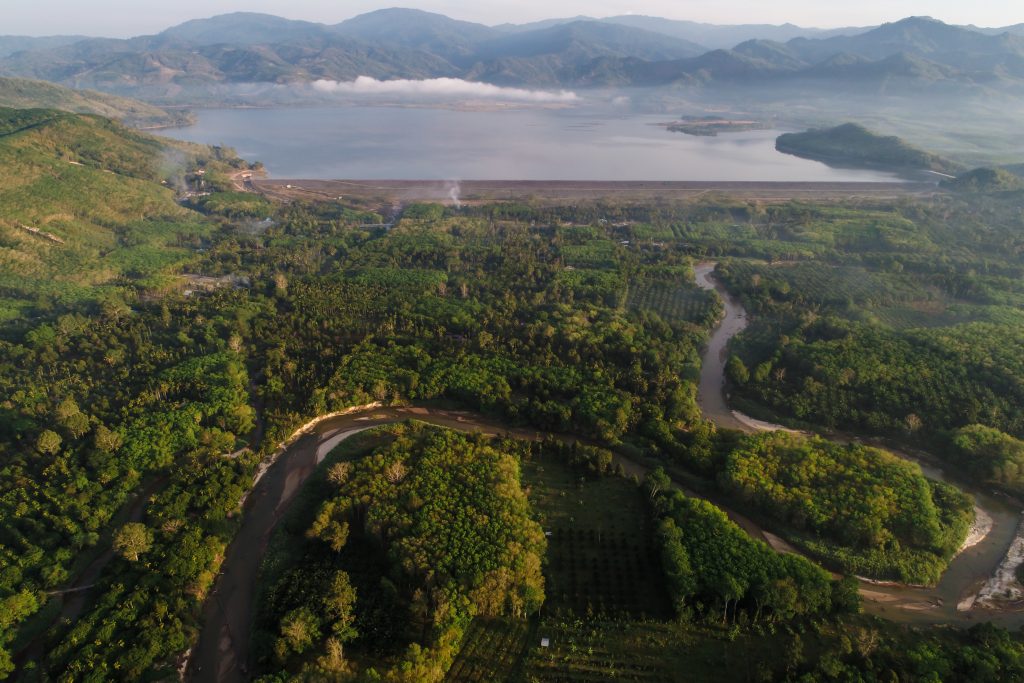 The Belo Monte dam, built in the planet’s most important ecosystem, the Amazon, is world’s third largest construction of this kind. Located on the Xingu river in state of Pará (northern Brazil), the dam has contributed to the destruction of 500 square kilometers of forest and farmland. For the indigenous people it meant losing water, food, jobs and means of transport. Over 20,000 people had to change their place of residence.

Tens of thousands of workers were involved in the construction of the dam. Since 2011 more than 3 million cubic meters of concrete were poured next the Xingu river. It led to redirecting 80% of the river flow. The project itself was controversial from the very beginning. Although it was founded in 1970s and the construction itself began much later, no one discussed it with the local people, mostly indigenous Indians. In doing so, politicians have violated international human rights law, which require that a free, prior and informed consent of indigenous communities is given for such forms of development.

This has led to numerous protests in recent years. The Indians, who until then had been making their living with fishing, did not always choose peaceful means of protest. Aside from organising marches, they set a bus on fire and even took a hostage.

“By closing the river, they destroy our lives”, explained Giliarde Juruna, the administrator of the Paquiçamba village, in a 2014 interview with The Guardian. “We have always lived thanks to the river. Our ancestors lived here and we also lived there until today. It will hit us hard”, he said.

His hunch was right. Many fishermen have had to move to other areas because they are unable to fish in the traditional way.

“The nets hook on to the vegetation at the bottom of the reservoir”, explains Cristiane Costa, a biologist. “The morphology of the river has changed, too. With the elimination of the islands, the waves became stronger. Their boats can no longer keep afloat on the river”, he says.

In addition, the construction of the dam has brought more than 100,000 workers to the area. They settled in the nearby town of Altamira. Many of them could not find a job and ended up sleeping on the streets. The number of murders in 2015 increased by 147%. Now, when there is less work to do on the construction site, unemployment has risen. Today, Altamira is the most dangerous city in the country according to the 2017 Atlas Report of Violence.

“Belo Monte represents the beginning of a new cycle of extermination”, claims André Villas-Bôas, a sociologist. “Now it is also about taking over the river, not just the forests”.

The construction of a few huge dams is the central part of the Brazilian government’s programme intended to stimulate the country’s economic growth by building infrastructure in Amazonia. In Brazil, hydroelectric power plants generate more than 85% of the electricity. At the moment, there are 140 dams in the region and another 428 are planned to be built. According to scientists, even if only some of them are built, they may contribute to the destruction of the ecosystem.

The water flowing through the Amazon rivers accounts for 20% of freshwater deposits on Earth. Rivers transport large amounts of slit that add the mineral growing medium between wetlands and plains. They also transfer approximately 1 billion tonnes sand and clay, at least half of which goes to the ocean every year. Researchers warn that the dams will not only change the course of the river, but will also stop the slit and nutrients.

“Canyons, islands and alluvial plains are eroded and new areas are generated by sedimentation, i.e. the accumulation of sediments”, explains Edgardo Latrubesse, a biologist. “This dynamic helps to maintain the diversity of environments in the tropics. For biologists, this regenerative process is a very important mechanism that contributes to the creation of biodiversity”.

It was also noted that the construction had a negative impact on the population of dozens of thousands of turtles which every year traveled 400 km to lay their eggs on Xingu beach. Before that, the design engineer promised to protect them.

“During three years, the turtles were not properly protected in the course of their reproductive period”, says Cristiane Costa.

In her opinion, this led to illegal turtle hunting by local residents who came to the area in search of work. The illegal trade in eggs and turtles is booming in the nearby town of Altamira. An grown specimen can be bought for 46 dollars.

“In 2016 it was even worse. The river flow did not increase enough to flood the island, which prevented the turtles from hiding. They were exposed, becoming an easy loot”

Company does not honor the contract

The construction of Belo Monte dam is in its final stages and already supplies 11,233 MW of energy to 60 million Brazilians. However, in February this year the work was stopped because the court found that not all displaced Indians had been given new homes (which was a requirement accepted by the construction company). According to a 2011 promise, it was supposed to build houses for the displaced Indians, each sized from 60 to 78 sqm, depending on the size of the family. Two years later, without talking to the Indians, it was revealed that they would all get 63 square metre houses. In addition, they were to be built in a remote area and made of cement rather than bricks, as initially promised. This means that families would not be able attach the hammocks, in which they sleep, to the walls.

“The rights of those affected by the construction of the dam remain important”, says Biviany Rojas Garzón, the lawyer representing the victims. “The company still has a responsibility towards people who have been expelled from their homes.

The photograph of the Amazon was taken by themorningglora.