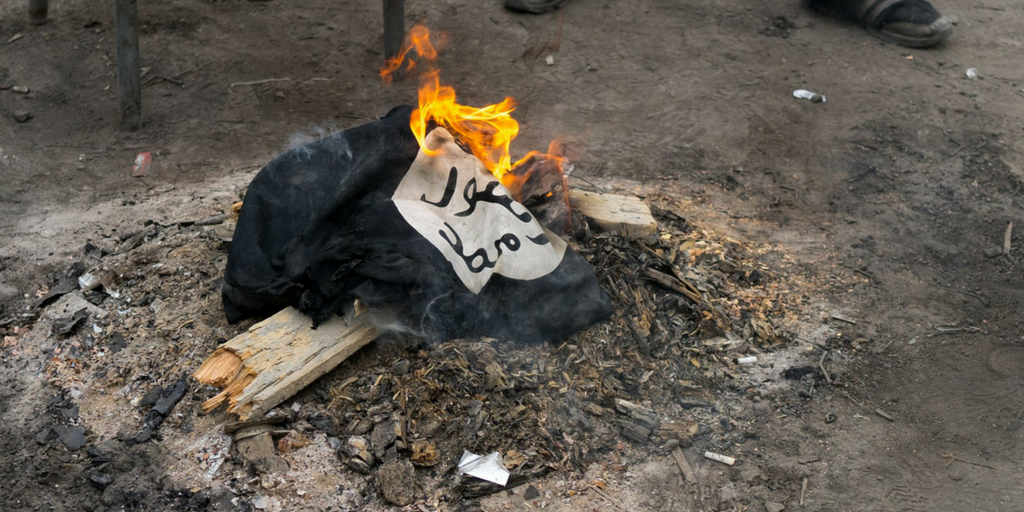 The Battle of Damascus is finally over

The war had started seven years ago, and the Syrian government finally managed to gain control over the territories near the capital of the country. ISIS has recently been defeated in Yarmouk.

A thick, black smoke was covering the city of Yarmouk in the agglomeration of Damascus for many days. The sound of fierce battles and aircraft engines were reaching the residents of the capital. Government forces, supported by Russia and Iran, led the offensive towards the ISIS-controlled enclave. First, there had been bloody and brutal fights in Ghouta. When Ghouta was taken, it was only Yarmouk that stood in the way to regain full control around the capital. The clashes began on April 19, and ended on May 23, when the Syrian Arab Army took control over Yarmouk. More than 500 people were killed, mostly soldiers and militants fighting on both sides of the conflict.

Who will take Idlib?

The Syrian position in the region and the President’s Bashar Al-Assad status were significantly strengthened by the victory in Yarmouk. Damascus suffered from the ongoing clashes since the beginning of the conflict. There were numerous attacks and assassinations there during the war which lasted from 2011 and cost at least 400,000 lives. Over 11 million – half the population of the country – had to leave their homes. Before the Iranian and Russian joint intervention in 2016, when the rebellion was in full force, anti-government forces seriously threatened the capital.

Due to the intervention of foreign allies (the key was the Russian air support), the government gradually has been regaining control. Currently, it has taken more than half of the country. The last large bastions of ISIS are in the provinces of Idlib and Dara, so these territories will be the future aims of the government forces.

While the fate of Dara seems sealed, the situation is quite different in the area of Idlib as Turkey would like to take this region under control in order to strengthen its position in the north-west Syria. Ankara negotiates with militias there to strengthen its position. It would be another Turkish success after the Operation Euphrates Shield and the Operation Olive Branch. Eventually Turkey would become the protector of most Arab anti-government forces fighting in Syria.

The remaining territories in the north-east of the country are controlled by the Syrian Democratic Forces (SDF), supported by an international coalition headed by the United States.

The fights are still underway

The government achieved the victory in Yarmouk because of an agreement, as it was in the case of all of the recent battles with ISIS. The negotiations lasted some time, but it was decided in the end that ISIS fighters would leave the areas near Damascus. They were transported by buses to the desert in the eastern part of the country, where they still control some small territories. The same scenario happened in Raqqa, the capital of the Caliphate, taken by the SDF forces in 2017.

However, ISIS fighters still fight in the desert and Syrian army suffers heavy losses. On May 27, the Syrian Observatory for Human Rights based in London announced that ISIS carried out two attacks within 24 hours in the province of Deir ez-Zor in eastern Syria. The organization determined that between March 13 and May 25, 1006 people died in the fighting in the provinces of Damascus, Deir ez-Zor and Homs. 610 of them were members of the government forces. 76 foreigners were also killed, including 9 Russian soldiers.

Public opinion was informed about the Russians’ case on May 27. However, the Russian Ministry of Defence provided different data than the Syrian Observatory for Human Rights. According to the Russian authorities, four Russians were killed, including two military advisers. Two were killed while they were helping to operate the artillery fire, and the next two – during the ongoing fights. Three more soldiers were injured. ISIS groups attacked the positions of the Syrian army and its allies. The fights lasted for an hour. According to the Russians, 43 ISIS fighters were killed.

Photo: The militants of the Syrian Democratic Forces are burning the flag of ISIS at the station in Raqqa.