On May 24, 2016, Ervin Ibragimov returned home late in Bakhchysarai in the Crimea. The following day his car was found on the roadside near his place of living.

His friends, who started searching on their own (the police initially refused taking steps), got a video recorded by the surveillance cameras of a nearby store. The video shows that Ervin’s car was stopped. Ervin tried to escape but was caught by people wearing police uniforms. Then he was thrown into another vehicle, which drove away after a while.

Two years ago, Ibragimov was 31-years old. He was a Crimean Tatar activist, a member of Mejlis of the Crimean Tatar People. He was closely associated with Ilmi Kumerow, the deputy head of the organisation. Two years passed, and his fate is still unknown.

In the photograph, Ervin’s father, Umer Ibragimov, is hanging posters informing about the kidnapping of his son, Bakhchysarai, June 2016. 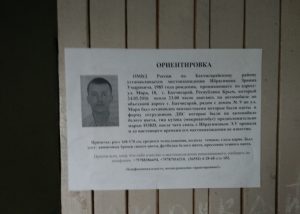 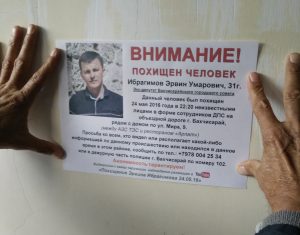 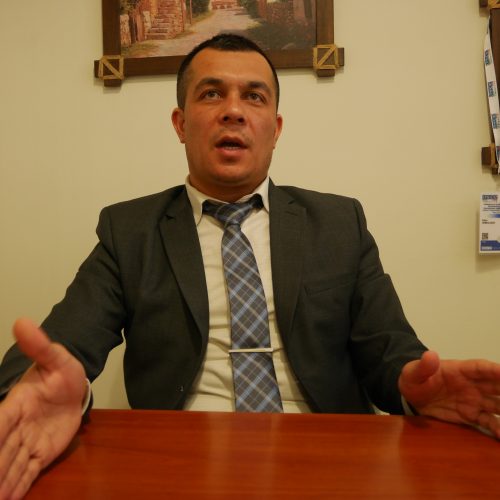 “None of us – lawyers, human rights defenders – deal with extremist activity!”
On December 7, a Crimean Tatar lawyer Emil Kurbedinov was sentenced to five days in jail by a Russian court…