In the first half of 2016, after the agreement between Turkey and the EU was signed, the Balkan migrant route ceased to exist. It is an informal name for a path that led through Greece and the Balkan countries up to Central and Northern Europe. What is the current way for the asylum-seekers?

In 2015 over 1 million people arrived in the European Union. A year after it was 374 318. In 2017, the number of asylum-seekers and migrants who decided to make the same trip dropped drastically. A lot of the ones who had arrived to Europe, currently live in camps and wait for administrative decisions to be taken. Until then, they cannot be sure whether they are deported back or allowed to stay and start new lives in their new countries.

The migrants who travelled through Turkey usually ended up in the northern part of the Lesbos island, between the towns of Skala Sikaminou and Molivos. In 2015 over 870,000 people made their way through this narrow stretch of sea dividing these two countries. In 2016 it was 182,500 people.

The migrants have always been present in Lesbos although not in such a number as in 2015. Nowadays, new ships and inflatable boats come to the island every month. 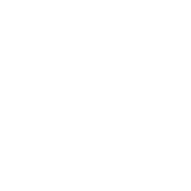 The newcomers are spotted by volunteer observers who come from different countries and are now located throughout the shoreline. Over the whole night they use binoculars to notice if ships sets off on the other coast. They also follow their routes and look for the directions. As soon as they arrive at the coast, Stage 2 employees are notified. They live in the villages nearby and, in cases like this one, arrive at the coast and wait until the cars bring the migrants from the beach.

Stage 2 is a UNHCR’s transitional camp where migrants end up. There they spend from a couple of minutes to up to a couple of hours, receive water, foods and are given medical help, if needed.

The volunteers pick one person from the group, called a leader. Typically, it’s a person who speaks English best. The group is then informed about their next destination.

The others are asked about their nationality only.

From Stage 2, the migrants are transferred by buses to the camp in Moria. After a couple of days, their registration procedure is started and asylum applications submitted.

In 2015 the island saw a wave of people so big that it exceeded the capacity of the local public transport. The map shows the way to the town of Mytilene, where the camps are located.

The camp is a former military base which, technically, still kept its purpose. It is located only a couple kilometers away from Mytilene, the biggest city of Lesbos.

In 2015 most of the migrants arrived here, to Moria. After crossing the sea and making it to the island, they could count on getting shelter, food and water.

Although it’s not always easy for them, only the volunteers and the camp’s personnel can get inside. The doors for the media are virtually closed. Even after completing long procedures and obtaining the consent from the ministries, ultimately it usually turns out that entering the camp is impossible. The atmosphere in Moria is tense. A group of a few policemen is waiting on alert.

The residents sometimes protest or organize hunger strikes. A fire has also broken out. In the winter, activists reported about the scandalous living conditions – the snow was lying in between the containers and there was not enough place to fit all the people.

“They are not allowing the journalists in again, they don’t want to show what’s going on”, said one of the inhabitants upon seeing the journalists. Another added that “he’s been waiting long for a decision on his asylum application and wants to talk”.

Getting out of the camp is easier, though. Despite strict regulations, the migrants can freely move outside its area. Cafes and restaurants have been set up all around. Although they look makeshift and operate in tents, there is always somebody inside to talk to over coffee.

In Moria the procedure for recognizing the refugee status or granting the asylum is started. The talks can last for days and this is just the beginning – the results are known only after months. In the meantime, some of the immigrants can be transferred to mainland Greece – others stay on the island.

Pikpa is located in a rather surprising place – less than one hundred meters from the beach and the road that connects the city with Mytilene. The planes approach the airport over the heads of people who are in the camp. The runway is a mere hundred meters away from this place. Despite such proximity, the camp seems the be cut off from any traffic – and this is not an accident.

The entrance gate and the first building are over 200 meters away. All around there are large tents which resemble the construction of a tennis court. The atmosphere is also different than in the other places where the migrants live. There’s a lot of trees with kids running around and playing football. If it wasn’t for the hanging life jackets, one could think that this is a tourist destination.

Pikpa is inhabited mostly by women and their children. It is a place for those whose journey to Europe was troublesome – the ones who were victims of a crime, violence or were injured.

The men are actually nowhere to be seen. Two bandaged ones, supporting themselves by crutches were playing chess.

This “nice” atmosphere is supposed to help healing physical and mental wounds.

The Eleonas camp is located in the very centre of Athens. Set up in one of the side streets, it hardly catches the attention of tourists or the busy locals. The people living in the camp can admire the landscape of Greece’s capital with Acropolis towering over the city.

Eleonas is a camp which means that everyone who lives there can leave its premises without permission. Thanks to that, the adults can look for a job in person and children continue their education alongside their Greek peers.

Every container is inhabited by around 8 people. One of them is an engineer from Syria.

Bunk beds are set against the walls – on them there are clothes and blankets. The TV in the corner, on top of a small table, shows an Arabic channel. On the other side of the room, a very sweet tea is brewing. “We would like to stay in Greece but the Greeks themselves don’t have jobs – not to mention us”, he says, pouring another tea cup.

He’s browsing the photos of his children on his phone. A long time will pass until he sees them again, although they are already in Western Europe.

Islam is the dominant religion among the migrants coming to Europe but not the only one. In one of the containers in the camp a small, Christian temple was created.

This place, situated on a steep slope, surrounded by a high wall is currently the only one for migrants seeking asylum in Cyprus. Others, near Nicosia, the capital, have been shut down and all its inhabitants were moved to Korfin.

The camp is inhabited mainly by people who started their journey in Liban and came across the sea – all these people ended up in the southern part of the island (which is called “Greek”). Everything here is new and groomed. The common room, playground for children and a basketball court are additional attractions. However, the Cypriot media claim that Korfinu is not a well-managed camp.

The locals find it difficult to point this place on a map even though they live a few kilometers away. Sometimes there are even buses which take the residents to the nearby towns.

In order to enter the camp, a special permit is necessary. The asylum-seekers also need one, if they want to leave it.

In March 2017 the Hungarian government set up special “transit zones” through a new law. Earlier, a wall separating Serbia from Hungary over the border’s length was erected. The zones are a yet another element aimed at discouraging the migrants and asylum-seekers from choosing Hungary as their destination.

A three-meter high wall with a calltrop already stands. From the Serbian side, we pass through a rotating, subway-like door and go through a short corridor to finally reach a booth with a small window. The procedure and submitting the asylum application begins here.

The Hungarian authorities claim that the conditions in the zones are very good. The containers have air-conditioning, toilets and running water. Allegedly, there is also television – the only way to stay updated with the world outside. Behind the densely-spread abatis very little could be seen and the media are not allowed in.

The volunteers and NGOs also need to go through a long permission process.

The asylum seekers cannot leave the camp until the legal procedure starts. In most cases, it lasts from a couple of months to around a year. Sometimes, however, it can be even two years.

In various camps located in the Balkan countries there are thousands of people who are waiting. Some of them want to start a new life and file the applications in countries where they have stopped temporarily. They work physical jobs, in NGOs or open restaurants.

There also the ones who are living in uncertainty outside of the camps. The hope of reaching the countries in Western Europe is still alive in them.