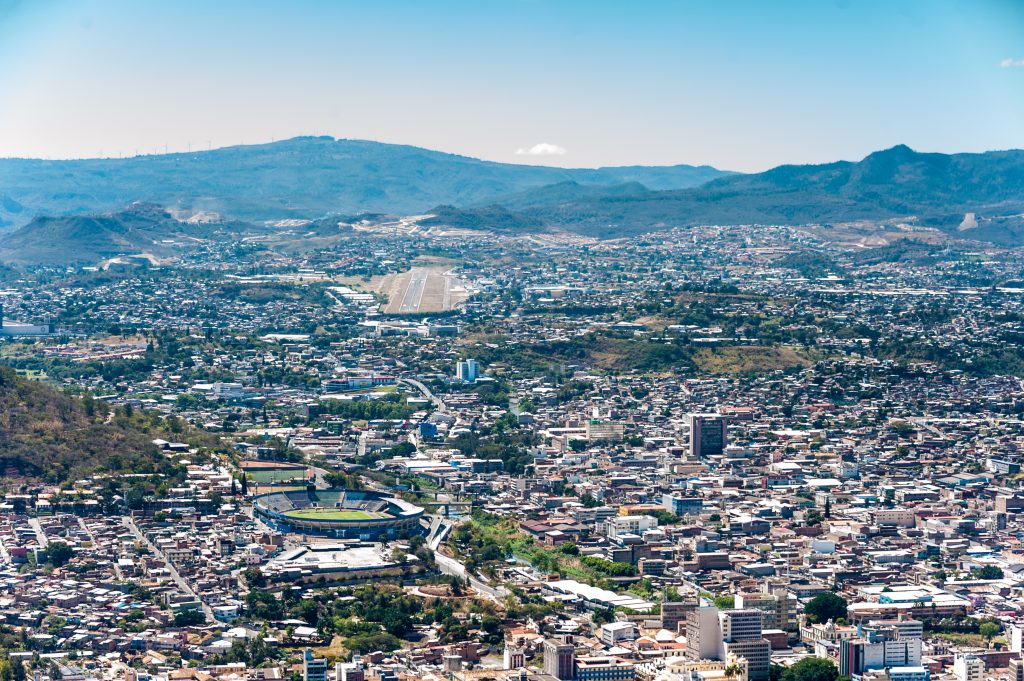 New route for immigrants from Africa

26 Africans (including 10 children) who illegally crossed the border with Nicaragua were apprehended in Honduras. The NGOs in this country alarm that Honduras has become a transit point for emigrants on their way to the United States. This year only 1,500 people without the right of residence have been detained. As much as 64% of them come from outside the continent.

On a ship through great water

Among the detainees, there are 18 emigrants from Congo, six from Angola, one from Cameroon and one from Mali. All of them have been sent to the Office for Foreigners.

“They will be interviewed by Interpol to see if they have committed any crimes in their countries. We will then make a decision on whether to deport or banish them”, says René Gómez, a Honduran official.

Most likely, however, they will receive a transit visa and will be able to continue their way to Guatemala and Mexico. From there they could to get to the United States.

“NGOs alarm that the number of illegal immigrants from Africa and Asia has been growing steadily in recent years”, says Marvin Ruíz, a community worker. “Most of them flee poverty, but also conflicts in their own countries, so they have a chance to be granted refugee status in the United States”, he claims.

Emigrants from Africa and Asia can earn a lot. They pay the smugglers from different countries between 5,000 and 10,000 USD to bring them safely to their destination. In addition, some people buy airline tickets and false documents. This is not a method used by the poor. Some of migrants have good education or family in the United States.

They usually travel by boat from Africa or Asia to Brazil. From there they take a bus to Peru, Ecuador or Colombia. They get to Panama via the sea or through the wilderness. Then they march further north.

“They get to Honduras through the so-called blind spots, not through the border crossing. That’s why it is so difficult to trace them”, says Gómez. “Sometimes you can see them on our roads. It happens that the smugglers leave them completely alone”, he adds.

Gerardo Sánchez, the former head of the Special Smuggling Unit, notes that the individuals attempting to cross the border usually travel in groups of 15 to 30 people.

“If they cross the border themselves, they receive instructions beforehand. We found copies of them, which went like this: In Honduras, the official coin is the lempira. If you are stopped by police, you can pay this much. In our country they give themselves into the hands of the police and rest here because during this time they are provided with food and medical care”, he adds.

Lack of chances for a visa

Africans and Asians from poorer countries do not seek visas before arriving in Honduras for fear that they will not get one. In 2015, there was a migration crisis in Central America triggered by the fact that countries could not handle the illegal migrants from Cuba. This happened after the talks between Cuba and the United States were resumed. Cubans began to fly to Ecuador for tourist purposes and from there they tried to get to America by land, crossing eight countries on their way. At one point Nicaragua closed the border with Costa Rica, and Costa Rica closed its with Panama. More than 6,000 Cubans were stranded in the border areas and finally they were deported to the Mexican border with the US. Finally, Barack Obama announced that they would be treated in the same way as other emigrants and, unless there are reasons not to do it, they would be deported to Cuba. However, there are still many people willing to flee to the United States via South America and the authorities of countries such as Honduras are reluctant to grant visas.

To the border by car

The Honduran government has already announced that the borders with Nicaragua will be strengthened but there has been no significant progress in recent years. In the first four months of this year alone, more than 2 000 refugees from Africa and Asia were detained in Mexico. Marvin Ruíz believes that without the help of smugglers, it is much harder for them to travel because they stand out in the crowd. That is why they have to pay more for smuggling.

“When a group of illegal immigrants from outside Latin America arrives in Mexico, they usually get a visa for money”, he explains. “The smugglers then buy airline tickets for them or transport them by in good cars to the border”, he concludes.

The photo of Honduras was taken by Judd Irish Bradley.