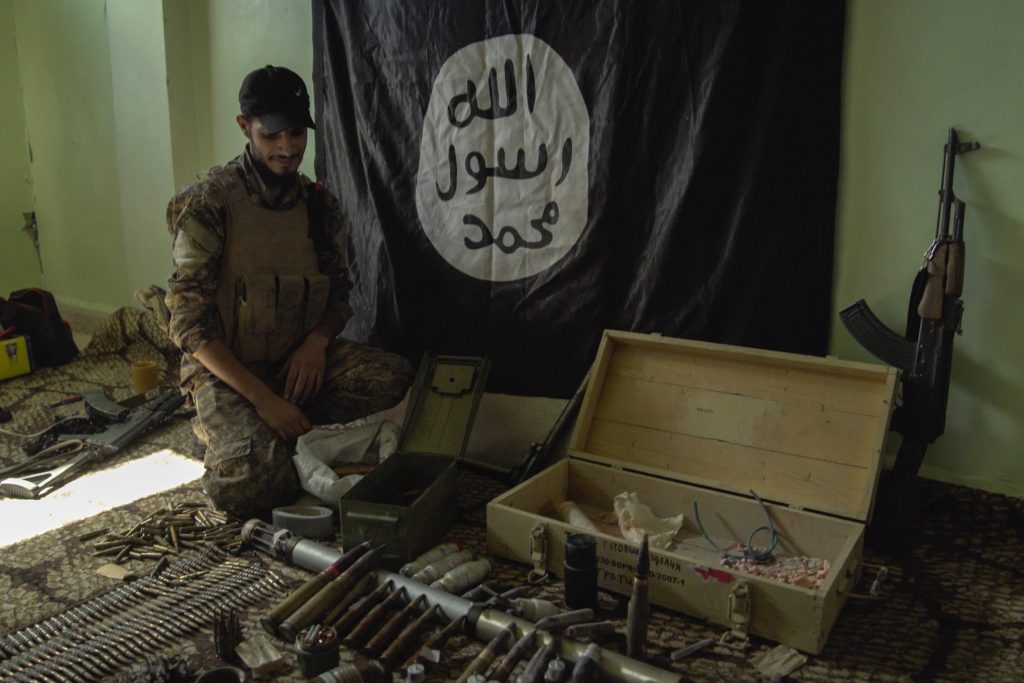 ISIS does not give up fighting

The jihadists still resist despite so many world leaders’ declarations that ISIS is over.

Last week, the government troops launched an offensive in the southern districts and the capital city of Damascus. ISIS still stays strong there. The army has managed to regain small territories from the hands of jihadists so far. Jihadists still have control over the Al-Yarmouk district, Tadamon estate in the Al-Midan district, and the city of Al-Hajar Al-Aswad. According to the data of the Syrian Observatory for Human Rights in London, 13 members of the regime forces (the army and the pro-government militias) were killed on April 22. The government forces lost 173 of its members in different parts of the country only in the second half of March.

At the end of March, the President of the United States Donald Trump said that the American mission in Syria was about to end soon. According to Trump, ISIS was supposed to be defeated. In December, the Russian President Vladimir Putin claimed the jihadists suffered a “complete failure”.

ISIS, in its peak in 2014, controlled a territory as big as Great Britain. Now, apart from the few places in Syria, it has been pushed to the desert in the eastern part of the country. It was possible due to two military operations. The first one was organized by the Syrian Democratic Forces (SDF) supported by an international coalition led by the United States. The second was carried out by the Syrian army supported by Russia and Iran. Now ISIS controls only 3% (about 5650 square metres) of territories in comparison with 2014.

That is the reason why the superpowers involved in the Syrian war regularly announce their success, but they ignore the fact that ISIS is holding tight on these last pieces of land. And the offensive is very arduous, especially in eastern Syria, in the province of Deir ez-Zor.

Forces regaining towns from the hands of the jihadists are unable to remove ISIS impact. The residents and fighters in the territories controlled by the SDF admit that it is still dangerous there. There are many sleeper terrorist cells waiting for orders.

The jihadists regularly carry out attacks on the regime and SDF positions. They also had a lot of time to regroup because the Syrian army was busy fighting against anti-government forces in Ghouta and other parts of the country. In turn, the SDF shifted most of its troops to Afrin in north-western Syria, which was attacked by Turkey and its militias, including the Free Syrian Army, on January 20. Only after the loss of the city, the troops slowly resume the operation in Deir ez-Zor. Between April 13 and 19, the coalition carried out 30 attacks in Syria and Iraq. Iraq is another country where assassinations still happen, although it was announced last year that the jihadists were defeated there.

Late in the evening of April 22, the ISIS published an almost hourly recording of its spokesman, Abul-Hasan Al-Muhajir. It was the first public speech of an ISIS representative since September 28, 2017. Two weeks after the previous speech, Raqqa, the capital of the self-proclaimed caliphate in northern Syria, was seized by the SDF forces. Then the leader of the jihadists Abu Bakr al-Baghdadi spoke in the published video. He raised the morale of the militants, appealed to not give up and encouraged “caliphate soldiers” to light the fire of war.

Although al-Muhajir called for terrorist attacks in Europe and North America, the speech differed from the previous ones. He did not underline the fight against the so-called crusaders but spoke about the fight against the leaders of some countries in the region, such as Saudi Arabia, Egypt and Iran. He also mentioned the representatives of Palestinian Hamas and Afghan Talibans. Al-Muhajir called them apostates deserving harsher treatment because they betrayed Islamism. The main message was related to taking a revenge on Shiites, including the fight against anyone who supports the Iraqi government in any way, even if it means only taking part in the elections in this country, scheduled for May 12.

This is a clear signal that the weakened ISIS fighters will focus on guerrilla warfare in the region, not on the next attempt to build a caliphate. At least for now.

Photo: The Assyrian warrior from the Syriac Military Council shows the captured weapon, ammunition and flag of the so-called Islamic State in Raqqa.