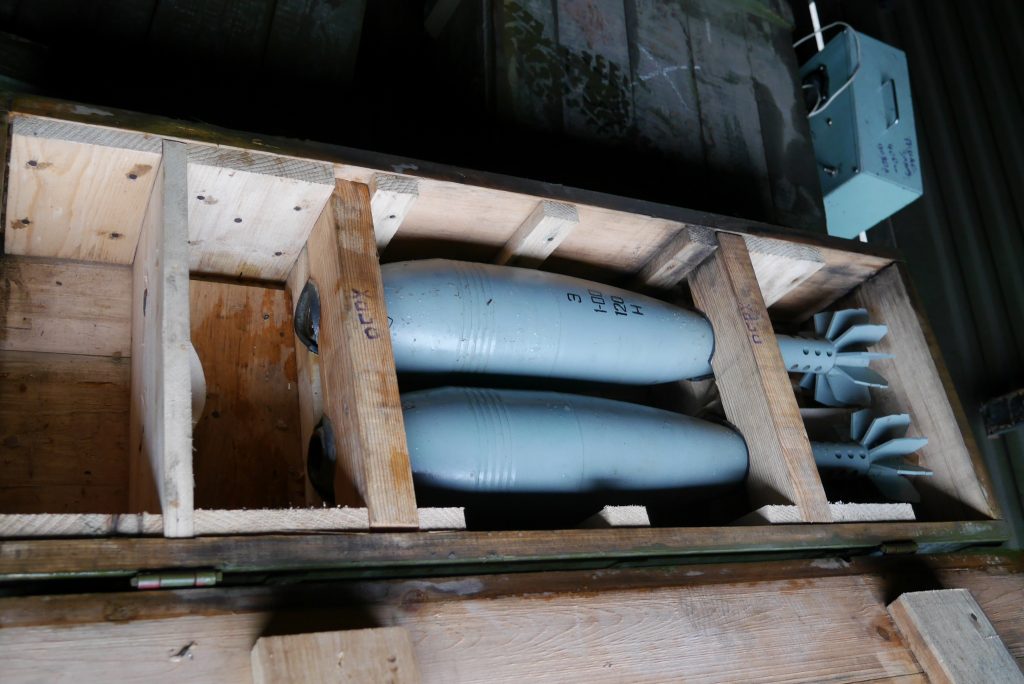 On March 9th, Volodymyr Ruban, the head of Ukraine’s Prisoner of War Exchange Center was charged with illegal arms possession and organizing terrorist attacks on the highest-ranking state officials (including the President and the Minister of Internal Affairs). A day earlier he was detained while attempting to leave the territories controlled by the pro-Russian forces in Donbass.

In the morning of March 8th at the checkpoint in Mayorsk (between the demarcation line in Donbass), the Ukrainian Security Service (SBU) detained a driver of a van. The furniture transported in the car had a genuine arsenal hidden inside: automatic weapons, grenade launchers, mortars, mines, grenades and ammunition.

Interestingly, however, the person behind the wheel was Volodymyr Ruban – the head of Ukraine’s Prisoner of War Exchange Center. Since 2014 onwards he has been engaged in releasing the Ukrainian soldiers from the custody of the pro-Russian fighters.

The videos published by the SBU show how the weapons were hidden in the car and how Ruban was detained. Subsequently he was transferred to Mariupol and on March 9th was already charged by a court in Kiev.

He is suspected not only of illegal arms possession but also of preparing terrorist attacks in the Kiev’s city center with the use of weapons and explosives. The Supreme Council of Ukraine and the city’s government district were to be targeted.

Additionally, Ruban was charged with preparation of attacks on the highest government officials and political leaders: President Petro Poroshenko, the Minister of Internal Affairs Arsen Avakov, the Secretary of the National Security and Defense Council of Ukraine Oleksandr Turchynov and the former deputy Prime Minister – Arseniy Yatsenyuk.

Ruban denies the accusations. He said in court that he went to the Donetsk People’s Republic to transport “certain goods” and take furniture (where the weapons and explosives were hidden) back.

The court ordered Ruban to be detained until May 6th. The custody could not be changed to any other preventative measure.
The whole issue raises a lot of controversy. On the one hand, the allegations are very serious and a sizable arsenal of weapons was confiscated. On the other, there has been a number of questions about the details of this operation. Ruban himself is also a mysterious figure.

Volodymyr Ruban’s résumé is full of gaps. He was born in 1967 in Kazakhstan. His father worked in the military, Ruban himself also ended up in the army as a pilot engineer. He served in Ukraine and in 1992 he was transferred to the reserve as a lieutenant.

Little is known about his activities in the period between 1991 (when Ukraine became independent) and 2014. He used to work in different companies, graduated from the National Academy for Public Administration under the President of Ukraine.

According to the Ukrainian media and the SBU, Ruban in 2013 became a member of a pro-Russian “Ukrainian Choice” organization which was founded by Viktor Medvedchuck, a Ukrainian politician and a close friend of Vladimir Putin. However, Ruban started criticizing Medvedchuck in 2015. After Ruban’s arrest, the representatives of the “Ukrainian Choice” published a statement stressing that he cooperated with the organization but was never its member. They also informed that in 2015 a decision was taken to delete Ruban’s blog from their website.

In 2013 Ruban registered an organization called “Officer Corps”. Its members would later join the so-called self-defense of Maidan which maintained order during the protests at the turn of 2013 and 2014.

However, Volodymyr Ruban became known only in 2014 when an armed conflict started in the east of Ukraine. In May 2014 he began liberating the Ukrainian prisoners of war who were held by the pro-Russian fighters. It is hard to tell exactly how many of them were eventually set free – rumor has it that it could have been up to 600 people. Ruban himself was repeatedly visiting the territories controlled by the militants in Donbass.

The Ukrainian media called Ruban colonel general but the SBU in 2016 denied that he had this rank.

A terrorist? Plenty of missing answers

In February 2017 Ruban came to Donetsk (occupied by the pro-Russian forces) along with Nadiya Savchenko. The aim was to visit the Ukrainian prisoners of war. The SBU accused him of violating the order of entry to the regions uncontrolled by Ukraine and waived his permission to cross the demarcation line.

On March 8th, Ruban was stopped at the checkpoint located at the exit from the Donetsk People’s Republic. More importantly, he did not have a permit for entering this area in the first place. To make matters worse, the head of SBU, Vasyl Hrytsak said during a press conference that Ruban smuggled weapons from the so-called DPR (Donetsk People’s Republic) to Ukraine for the first time in November 2017. At that time he was already on the SBU’s watch.

On March 9th, the President Poroshenko said during his meeting with the head of the SBU that Volodymyr Ruban was preparing terrorist attacks in order to destabilize the situation in the country. “I would like to stress that not only Ruban was directly involved. You will receive absolutely indisputable evidence of preparations for terrorist attacks on a large scale and information on what kind of network was used for that”, said Poroshenko.

The deputy minister of Temporarily Occupied Territories, Heorhiy Tuka, said on March 9th that Ruban was merely a puppet in the hands of somebody else.

Tuka also said that Ruban was only a part of a terrorist network which also had its “political wing”.

The whole story begs a question: who else is involved? The allegations made against Ruban are very serious – terrorist attacks, elimination of the state leaders amount to a de facto armed coup in order to gain power.

Why would Ruban decide to smuggle weapons through a checkpoint where all the cars are checked? In addition, he claimed in court that since 2017 he often crossed the demarcation line illegally, using side roads. During his interrogation Ruban claimed that he had received the order from a special forces officer nicknamed Kedr to take the cargo to Donetsk People’s Republic and take back the furniture. Both men allegedly had known each other before. It was him who was supposed to help Ruban cross the demarcation line without necessary permits.

A camera was installed in Ruban’s car which confirms the SBU’s theory that he had been their person of interest for a long time. It is probably the same car that he used to transport weapons in November 2017.

However, there are more questions which are currently left unanswered. For one, Ruban claims that he didn’t know he was transporting weapons. That sounds rather improbable – would he take the risk to transport the furniture only? Moreover, he didn’t explain what exactly he took into the so-called Donetsk People’s Republic.

Was Ruban actually transporting weapons and explosives needed for the organization of the attacks? Was Russia involved, as the SBU suggests? Or maybe he was involved in smuggling weapons in cooperation with the secret service?

“To try smuggling so many weapons alone one has to be an idiot. Ruban is not one”, said Vasyl Vovk, the former head of the SBU’s main board of investigation on March 9th, during a TV show called 112 Ukraina.

The only way to dispel doubts on that matter is for the SBU to present more evidence in court. However, the example of Grégoire Moutaux, a Frenchman detained at the border crossing with Poland with an arsenal of weapons proves that it is not that easy. The man was charged with not only smuggling weapons but also planning terrorist attacks during the EURO 2016. Until now, the case has been stuck in court.

The head of the SBU announced that more evidence in Ruban’s case will be given when more suspects are presented to the public.