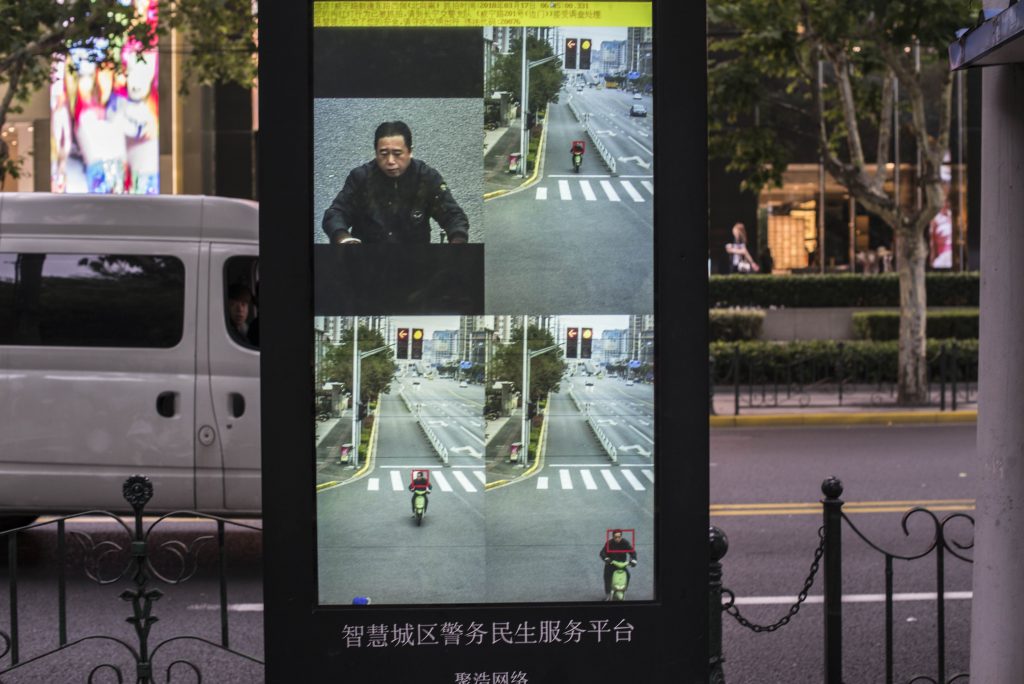 On Huaihai Street, a large shopping street in downtown Shanghai, a large LED screen on the sidewalk displays the image of a motorist who has skipped the red traffic light. There are four stripes on the screen, as if it were a comic, with the precise moment of the infraction and the extended image of the jaywalker’s face. It aims to shame the unwise pedestrians and warn the rest of passers-by what they should not do. Just on the offender’s picture, his personal details are also displayed.

Screens like this one have been installed in recent months throughout Shanghai, on sidewalks and at bus stops, as well as in some Chinese cities in the provinces of Fujian, Jiangsu, Guangdong and Shandong. At 71 bus stop on Yanan Road, a shelter shows the image of a short-haired lady crossing the street at a red light. On a large screen installed in Changshu Road, the offender is a young blond foreigner. China is using facial recognition to declare war on reckless pedestrians.

Chinese traffic police have installed cameras with 7 million pixels of resolution in several cities to capture the pedestrians or bikers that pass the street at a red light. When the offence happens, they take several pictures and a make video. Xinhua News Agency explains that facial recognition technology identifies the offenders. The pictures are then compared with the police department database, and within 20 minutes, the portrait’s offender and personal details such as the family name, the ID number or the address are displayed on the screen. They may also be published on social media like the traffic police Weibo accounts or be contacted by. 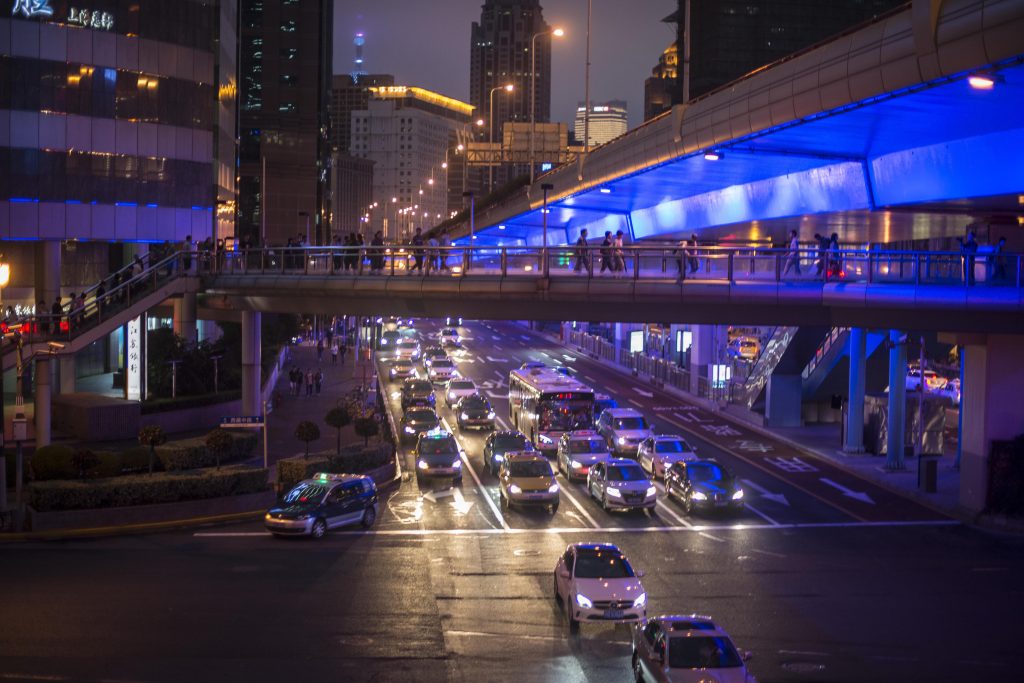 Two cameras on the sides of Yan’an Street, Shanghai, at night, are monitoring thee traffic.

Thanks to facial recognition Chinese traffic police know who the offender is and can contact him. They give them three choices: a fine of 20 yuan (2.5 euros), a half-hour traffic rules course, or assisting the police in controlling traffic for 20 minutes.

Intellifusion, a Shenzhen-based Tech company, has been working with the city’s police since July 2017 to implement the jaywalker Prevention System based on face recognition at several crossroads in Shenzhen. According to its website, they can locate people in a second among billions of faces using algorithms. “1.5 billion faces every 1.52 seconds; 3 billion faces every 1.93 seconds and more than 10 billion faces every 2.28 seconds”, they specify. It is a tool that combines psychology and technology.

The method of making people ashamed of themselves works. Intellifusion assures that after four months of the system installation in Lianhua intersection in Shenzhen the number of jaywalking cases have dropped from more than 1000 a day to around 80 a day. 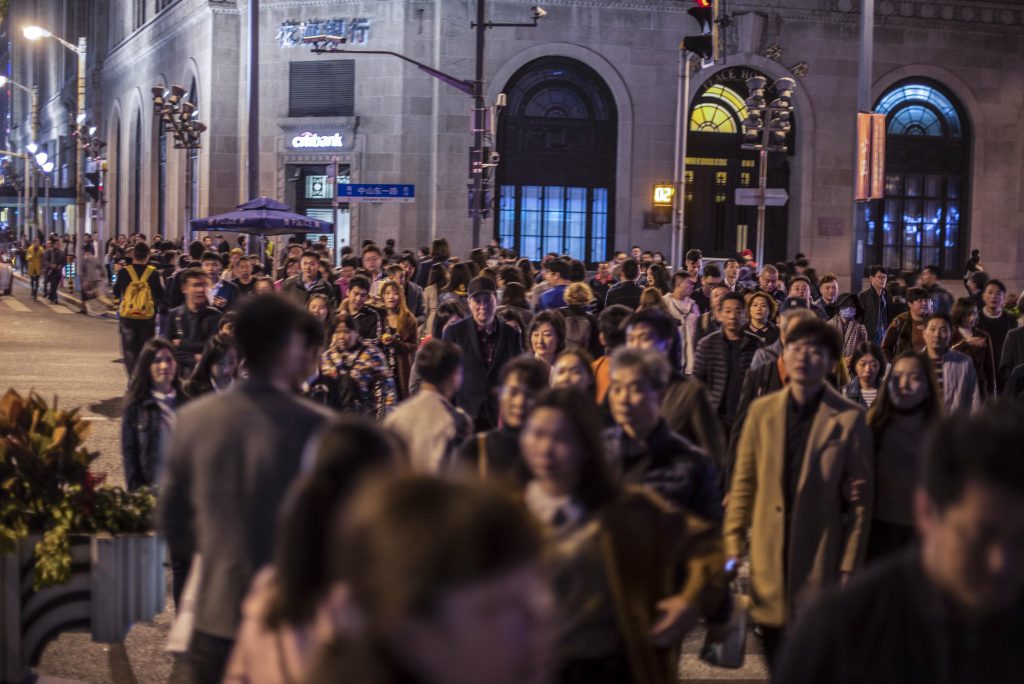 A crowd is crossing a zebra crossing in the Bund, the waterfront area in central Shanghai.

Every day some news are published about a new activity in China that has integrated facial recognition. It is one of the favourite topics of state-run newspapers China Daily or Shanghai Daily. It is not yet possible to know the real life magnitude of these experiences or if their power is exaggerated by government and media tempted to compare China with a giant Big Brother. They are some examples.

It was recently published that the Hangzhou International Marathon, which will take place on November 4, will incorporate artificial intelligence to catch the cheaters. The software has been developed by Alibaba Group, a Chinese e-commerce company and its sports division Alisports, as published by China Daily. It should be said that Alisports’ fitness app Ledongli have sponsored this year’s marathon edition. 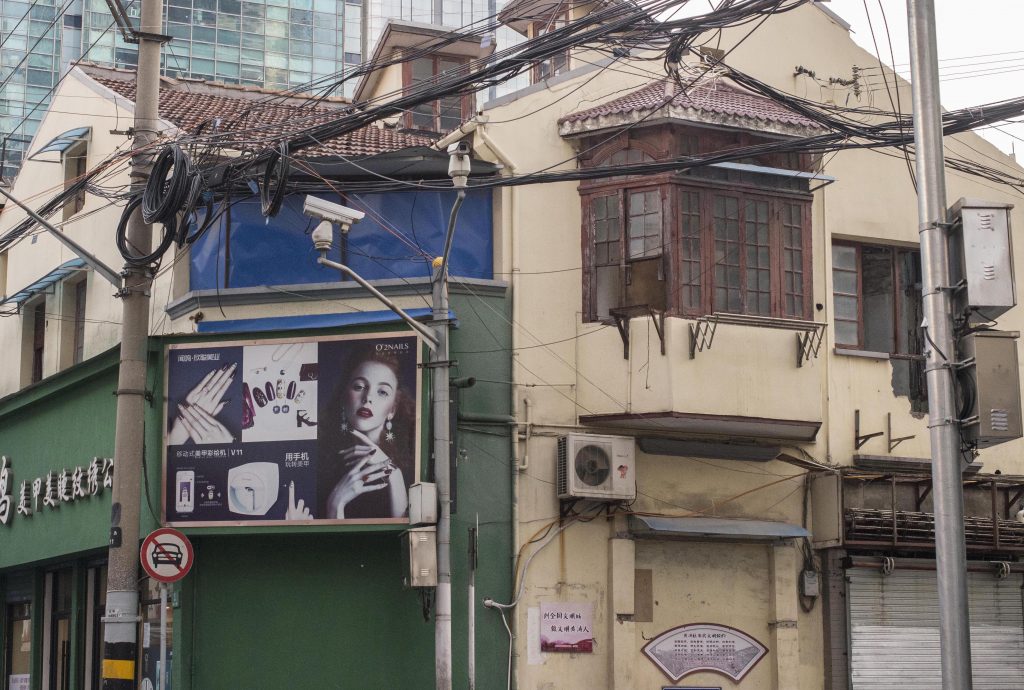 Two CCTV cameras are observing a crossroad in Shanghai.

Check-in in the airport

In October Shanghai Hongqiao Airport, one of the two main airports in Shanghai,introduced facial recognition in passenger and luggage check-in, security check and boarding.

At 2018 World AI Expo, which was held from September 17 to 19 in Shanghai, a futuristic medical consultation was exhibited. It works without a doctor, combining big data and artificial intelligence. It was made by Ping An Good Doctor. Alibaba has also created its health arm, called Ali Health, and a facial recognition service was recently implemented in a hospital in Zhejiang province to register patients. 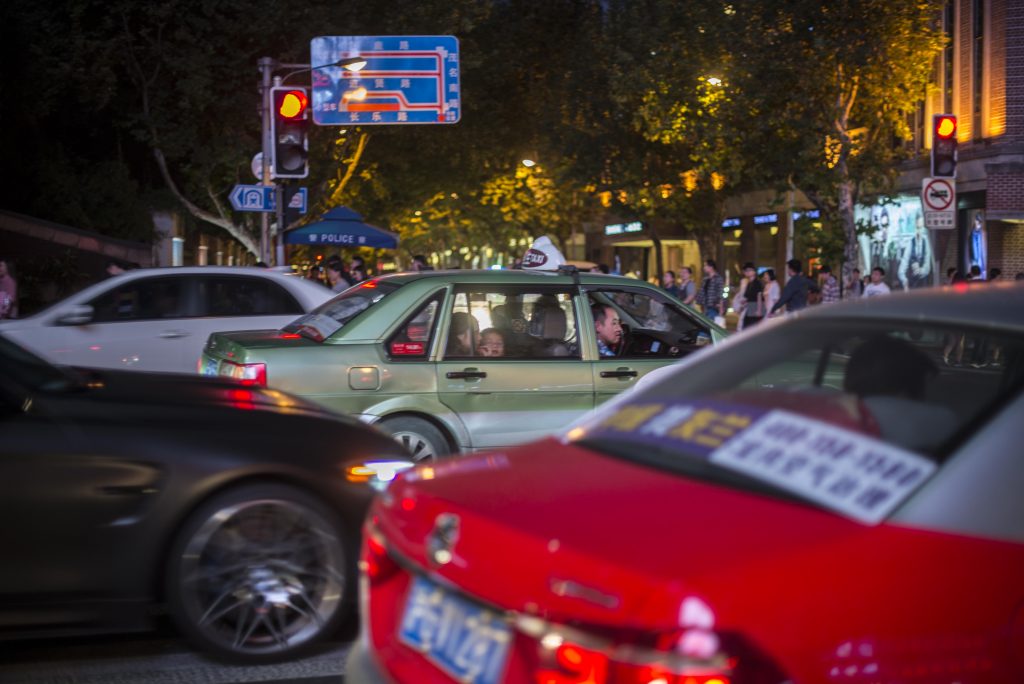 A traffic jam in the city center of Shanghai at night.

From Big Brother to Big Teacher

A Hangzhou school has attracted worldwide attention for installing cameras in its classrooms to scan facial expressions of every pupil in the school. It is the No. 11 Middle School, which has begun to use facial recognition, as part of the schools’ “Smart Classroom Behaviour Management System”, which provides information to teachers about the situation of students: how they feel, who is bored, who pays attention or who is sleepy.

Exaggeration, desire or reality, the fact is that there are already 170 million surveillance cameras in place in China monitoring daily citizens and creating an unprecedented database.

Main photo: A LED screen on the sidewalk at Huaihai Street in Shanghai displays the image of a motorist who has skipped the red traffic light.