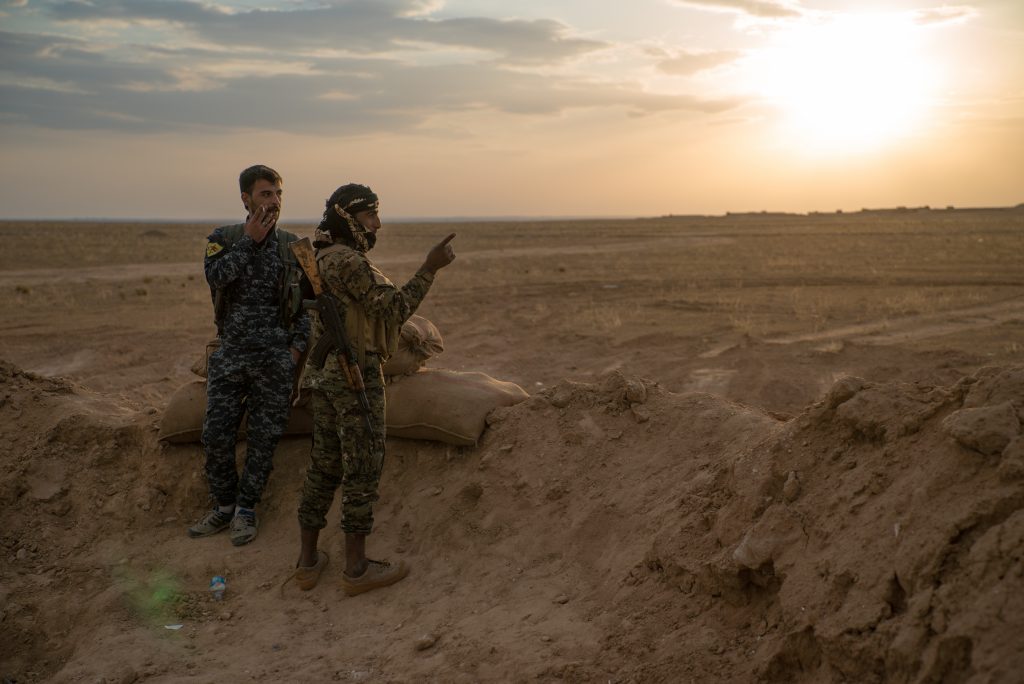 Syrian President Bashar al-Assad has once again announced that he is considering starting negotiations on the future of Syria with the Syrian Democratic Forces. Kurdish politicians say that they have not received any proposals.

It was acknowledged by one of the key Kurdish activists, Aldar Xelil. “The Syrian regime has made a statement and so have we, but no meetings have taken place so far”, he says.

Xelil is a member of the executive council of the Movement for a Democratic Society (TEV-DEM) which governs the north-eastern Syria.

“Maybe there is a specific goal behind this statement but we do not know what it is”, said the politician. He stressed, however, that the so-called Federation of Northern Syria has responded positively to the invitation to dialogue.

Almost three weeks ago, the Syrian President gave an interview to the Russian state television RT. In it, he stated: “We are very close to a direct conflict between the Russian and American forces”. The Russians, together with Iran, provide armed support for the Syrian Government. In turn, America’s partner is the militia coalition of Syrian Democratic Forces (SDF), in which the Kurds play a key role. The US is at the forefront of an international coalition to fight ISIS. The SDF is rearmed and supported from the air. The Americans have also sent a contingent to Syria and there are also about 2,000 US soldiers and personnel in the country.

After the Turkish offensive against Afrin which ended mid-March and following the threats from Ankara that the city of Manbij would be attacked next, France has also increased its military activity in Syria. However, the number of French there personnel is unknown.

The coalition is currently conducting operations with the SDF against ISIS in eastern Syria. The Syrian troops and their foreign allies are also fighting jihadists in the region.

Assad said that “the only problem remaining in Syria is the SDF”. The coalition of militias controls territories in north-eastern Syria that have significant oil and gas resources. The Syrian President sees two ways of resolving this problem.

“Now we are opening the door for negotiations because most of the SDF members are Syrians who probably like their country and do not want to be puppets of any foreigners”, said Assad.

The second option is armed struggle.

“The first option is to live together as Syrians. Otherwise, we will regain these territories by force”, he said.

On the same day, the United States reacted to an interview by Assad in which he called on the Americans to return home.

“Any interested party in Syria should understand that an attack on the US forces or our coalition partners will be a bad policy”, said General Kenneth McKenzie during a press conference in Washington.

This is not the first time that Assad has called on the Kurds to negotiate and that the Kurds have assured that they agree with the proposals. However, this is where the whole process usually ends. In the past, signals have also been sent by the Syrian regime that Damascus considers reconquering the north-eastern Syria by force. The government representatives described to these territories as “occupied”. Therefore, the objectives, format and future of the talks remain unclear.

“If meetings are held with the Syrian regime, we will be able to discuss the terms and conditions of the negotiations. Our priority will be to find a peaceful solution for the whole of Syria”, says Xelil.

The war in Syria broke out in 2011, killing more than 400,000 people. Almost 12 million, or more than half of the country’s population, had to leave their homes. According to the UN’s data the number of people internally displaced between January and April 2018 (IDPs) reached 920,000, a record high since the beginning of the conflict.

The picture presents the SDF front-line combatants in Deir ez-Zor, a province in eastern Syria.