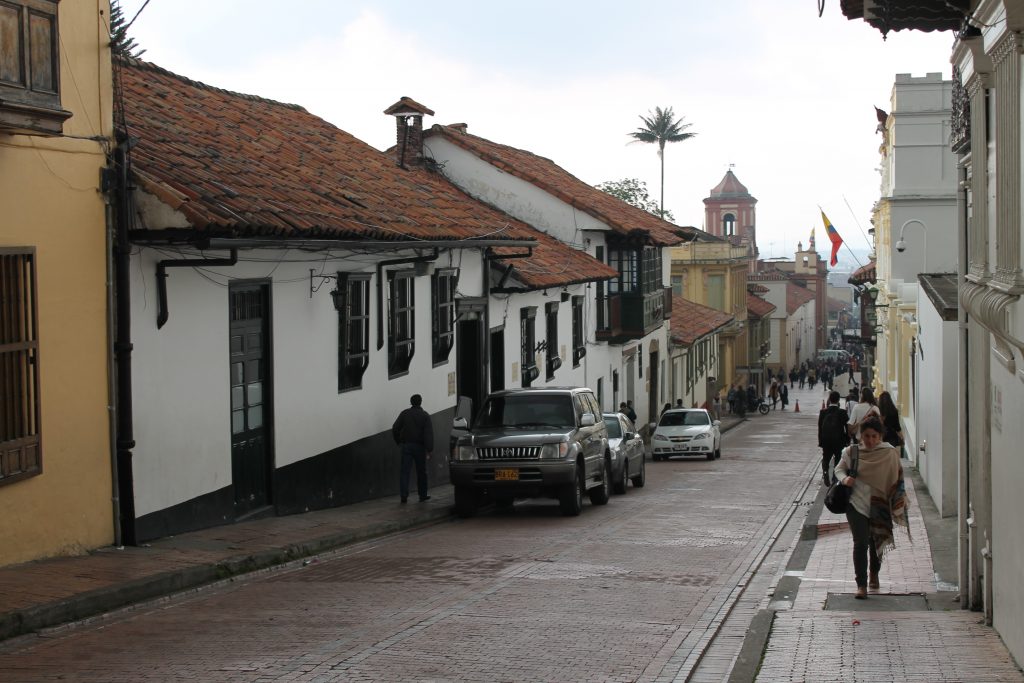 Two out of three activists killed last year in the world came from Latin America. The Front Line Defenders organization has reported 216 deaths. The deadliest countries for human rights defenders are Colombia and Brazil.

A non-governmental organization Front Line Defenders announced today that in 2017 more than 300 human rights defenders had been killed in 27 countries. Out of 216 killed activists, 156 came from Colombia and Brazil.

Front Line Defenders write in their report that “violence against human rights defenders was increased by the political and economic crises in Venezuela, Brazil, Guatemala, Paraguay, Honduras and Argentina”.

This is most evident in Venezuela where protests against the government of Nicolas Maduro lasted between April and July 2017. The demonstrators, terrified of growing inflation and shortages of basic products in stores, demanded, among other things, early presidential elections. It is estimated that between 120 to 160 people died during the demonstrations in the country. Among them was Freddy Menare, an activist and founder of the Organization of the Indigenous People of Uwottuja del Sipapo. Menare fought against the plans to create a mine near his village, Uwottuja de la Cuenaca. He was shot in the back on the street.

Colombia – a growing number of murders

However, the situation in the countries neighbouring with Venezuela is even more concerning. The number of persecutions of human rights defenders in Colombia has increased considerably over the last two years. According to the United Nations’ data, in 2017 105 activists were killed and a year earlier – 127. This is a much larger number than in 2014 and 2015 when 45 and 59 activists were killed, respectively.

The Colombian government claims that this has to do with the agreement with the Revolutionary Armed Forces of Colombia (FARC), an organisation which was created in the 60s, during the civil war in Colombia. Initially the FARC troops were the armed wing of the Colombian Communist Party but over time the organisation evolved into a guerrilla group and financed its activity with kidnappings for ransom and drug trafficking. In 2016, after 4-year negotiations between the representatives of the FARC and the Colombian government a ceasefire was announced and peace agreement was made. The movement was transformed into a political party called Common Alternative Revolutionary Force. The funding of the party is guaranteed for the next 8 years. The FARC has laid down their arms but the groups which have regained control in the areas formerly controlled by this organisation have started killing activists and leaders of societies. Drug gangs are responsible for the biggest number of the assaults. “If it happened when we still had guns, what is going to happen when we move forward with disarmament and reintegration?”, asks Las2ortillas “Ruben”, the head of one of FARC units. Another former rebel, “El Flaco”, believes that the territories once occupied by the FARC should one day be taken under police and military control. He fears, however, that some of the representatives of these bodies are affiliated with criminal groups, as it often happened in the past.

One of the killed activist was Ruth Alicia Lopez Guisao, known for her involvement in social affairs. She worked on a “Cumbre Agraria” project with a group of twelve Indian communities from Medio San Juan and Sipi. It was initiated by the farmers’ community and was intended to provide access to food. In May 2017, two attackers shot Ruth’s taxi in Medellin, where she went to visit her family. Guisao had previously received threats from paramilitary groups. The bandits did not want her involvement in helping people who were living in the areas where they were going to take control. The day after the assassination, Ruth’s sister received a phone call from a stranger, who warned her that assassination on her, her sisters and mother is planned at the cemetery on the day of the funeral.

The United Nations noted that Colombian politicians do not understand the gravity of the situation. “The consequences of the killing of human rights defenders are more complex than it may seem to some representatives of the government. (…) Preventing attacks on them should be connected with investigation, charging and punishing the culprits. At the same time, the country shall decide to integrate the societies, inhabitants and human rights activists in a political, economic and social way” – states the message. The UN is also concerned by the fact that Luis Carlos Villegas, Colombia’s Defence Minister, stated publicly that the murder of human rights activists in fact resulted from quarrels and disagreements between neighbours.

“Single criminals living in dangerous areas are responsible for the majority of these cases. Police should be present there”, he added.

Brazil – the battle for the land

Brazil has also witnessed an increase of violence in recent years. About 87% of the activists lose their lives as a result of the fight for arable land and protection of the environment in the Amazon Jungle. Numerous conflicts happen between Indians, farmers, activists and the government. The activists are most often killed while trying to stop illegal deforestation in Amazonia. Another problem are conflicts between the indigenous peoples and companies which want to open mines in their areas. Brazil is also a dangerous country for defenders of the rights of sexual minorities. Although the country hosts the world’s biggest LGBT Pride Parade and same-sex marriages are legal, 44% of the world’s homophobia-based homicides happened here.

In May last year a group of 25 activists planned to occupy a farm in the state of Para in the Amazon to defend the land rights. They put up tents 300 meters from the farm. In the morning, four police cars came and the police officers took some of the activists to the forest where they shot ten men. Six weeks later the witness of the massacre disappeared, too. In July 2017, thirteen suspects were put under temporary arrest. One of the police officers tried to intimidate his colleague who was present at the site of the murder but had not pulled the trigger himself. In August, the judge released the detainees which was a shock to the activists and local population. Due to that, human rights organisations have become concerned about the safety of the families who are fighting for a right to possess land in the region (and are currently landless). They also want to be a part of the agricultural reform programme which, in turn, exposes them to assaults and threats from landowners.

Human rights violations in Brazil have increased along with the economic crisis in the country. In 2017, Brazilian authorities have set up a Ministry of Human Rights, but shut down the Ministry of Rural Development and the posts of the Agricultural Ombudsman. Many politicians also suggested that the activists’ efforts were of criminal nature. The Minister of Justice declared that the Landless Workers’ Movement used guerrilla tactics during their protests.