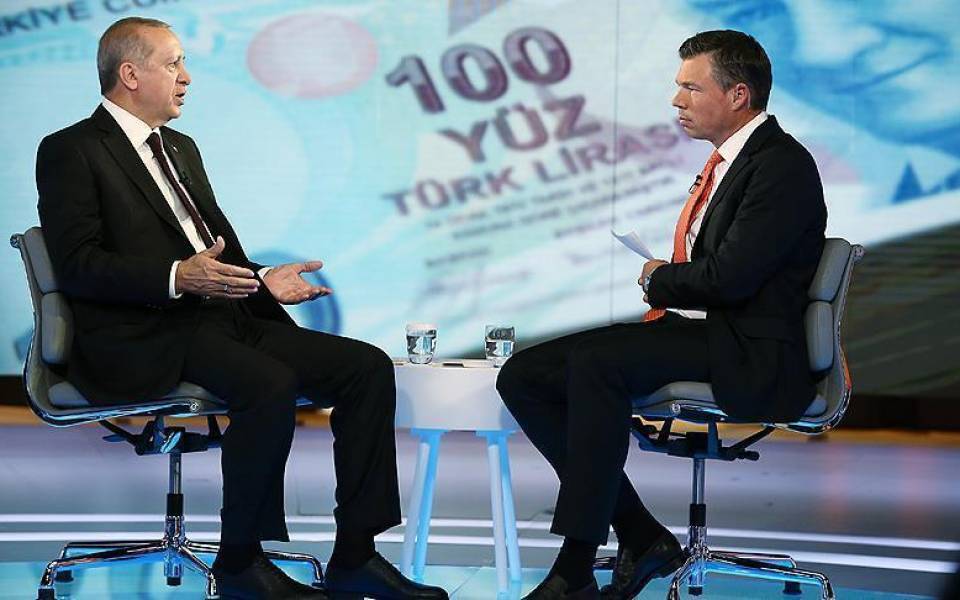 Look at the press freedom or democracy indexes of organisations like Freedom House or Reporters Sans Frontières, and Turkey in the last few years has been sinking like a stone. Yet up until now voters have been prepared to tolerate an erosion of basic liberties in the name of economic efficiency. Supporters consoled themselves that at least the government knew how to manage the economy. And while everyone is aware that there is a new got-rich-quick cohort of AKP cronies, people tell themselves that at least the roads were getting built.

The index with which no one is able to take issue is the exchange rate of the lira against the dollar and this too has been falling fast in the last weeks and months. Only a dramatic intervention by the Central Bank to raise interest rates a full three points was able to arrest a 9 percent fall in the exchange rate of the previous two days. The currency which had been worth some 3.8 to the dollar at the end of March was nudging 5 to the dollar before the Central Bank intervention. And even this has been characterised as “too little too late” by many analysts who anticipate another rate rise to deal with a rate of inflation which might exceed 12 percent.

This is terrible news for heavily borrowed Turkish corporates as well as ordinary householders. Turkey will vote again this 24 June at joint presidential and parliamentary elections. Will voters suspect that sacrificing freedoms means sacrificing prosperity as well?

The economy began to go pear-shaped radically around the time the rating agency Standard & Poor’s downgraded Turkey further into junk in an unscheduled 1 May report. Among the factors cited for the decision was the failure of a lower court to implement the ruling of the Constitutional Court to release two journalists in pre-trial detention (one of whom has now been released, the other sentenced to aggravated life in prison). Commentators point to an increasingly arbitrary disregard for rule of law as Turkey still lingers under emergency rule – imposed after the failed 2016 military coup and without an end in sight.

But the knockout blow to market confidence came when President Erdoğan said in an interview with Bloomberg Television that he, not the Central Bank, was ultimately accountable for monetary policy and that keeping interest rates low was intentional. Traders, already alarmed at the pre-election by the pork-barrelling the government was using to buy support, looked for the exit and then began to run.

That Bloomberg television interview changed the story. The president was beating his “low interest rate” drum not to rally untutored domestic support but to convince international investors that Turkey could spend its way out of its current impasse. This made no sense. Turkey needs to borrow from abroad to tick over. Its current account deficit ($40-50b) is high among its peers, and it needs to turn over an additional $185b in short term debt.

In times of confidence or when there is high global liquidity, debt is not a problem. But these are not those times. A falling exchange rate or more costly borrowing are equally bad news.

The AKP calculation can still prove that the Turkish electorate has yet to reach that uncomfortable moment when it accepts that the economy has run out of fuel. They may still give Tayyip Erdoğan the strongman presidency to which he has long aspired. And history’s lesson, however banal, may be that nations which slide down the slippery path towards autocracy don’t really suffer.

It was meant to be a show of might, a showcase of Turkey’s economic status under the rule of the Justice and Development Party (AKP). The size and capacity of Istanbul’s new airport were designed to make Heathrow look small, Charles de Gaulle blush with embarrassment and O’Hare turn green with envy. From groundbreaking ceremony […]
Özgün Özçer