Text and video by Ángel Sastre, photography by Maria Pirsch.

The recent words of Pope Francis about same-sex civil unions in a documentary, which were later nuanced, have opened the debate. However, some churches have long supported LGBT communities suffering from abuse and stigma.

In Argentina, where the Pope comes from, a church-led initiative provides safe places for transgender people who are victims of discrimination or abuse. Some of these shelters are located in villas, the slums of Argentina's capital, Buenos Aires, and others in different provinces of the country. Argentina was also a pioneer in the fight for the rights of trans people by passing the Argentine Gender Identity Law in 2012, which allows trans people to be treated according to their self-perceived identity and registered so in their identification documents.

Outriders visited Casa Animi, a shelter in Buenos Aines, where transgender people who are drug users or suffered abuses are supported in recovery, legal issues and with suitable housing and work. “I went through a lot of ugly things on the street, and they helped me,” says Angie, one of the residents and a victim of sex traffic when she was young. “If you look at Jesus' journey at the Holy Gospel, his friends were the ones that nobody wanted, prostitutes, tax collectors, the lepers,” says Father Facundo, at Virgen de los Milagros de Caacupé church in 21-24 slum. “This is the raw gospel,” agrees Gabriela Vázquez, coordinator of the Animi shelter. 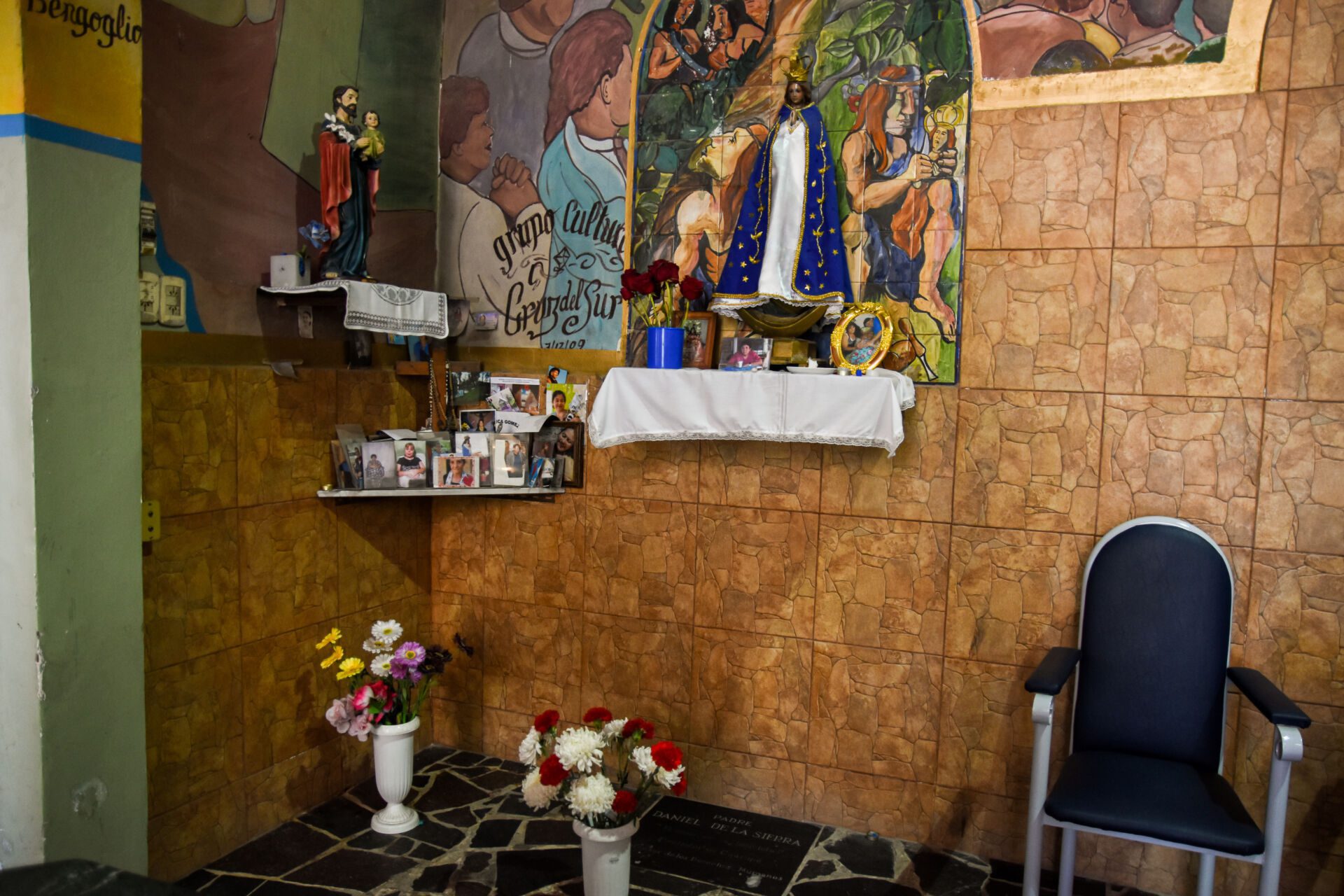 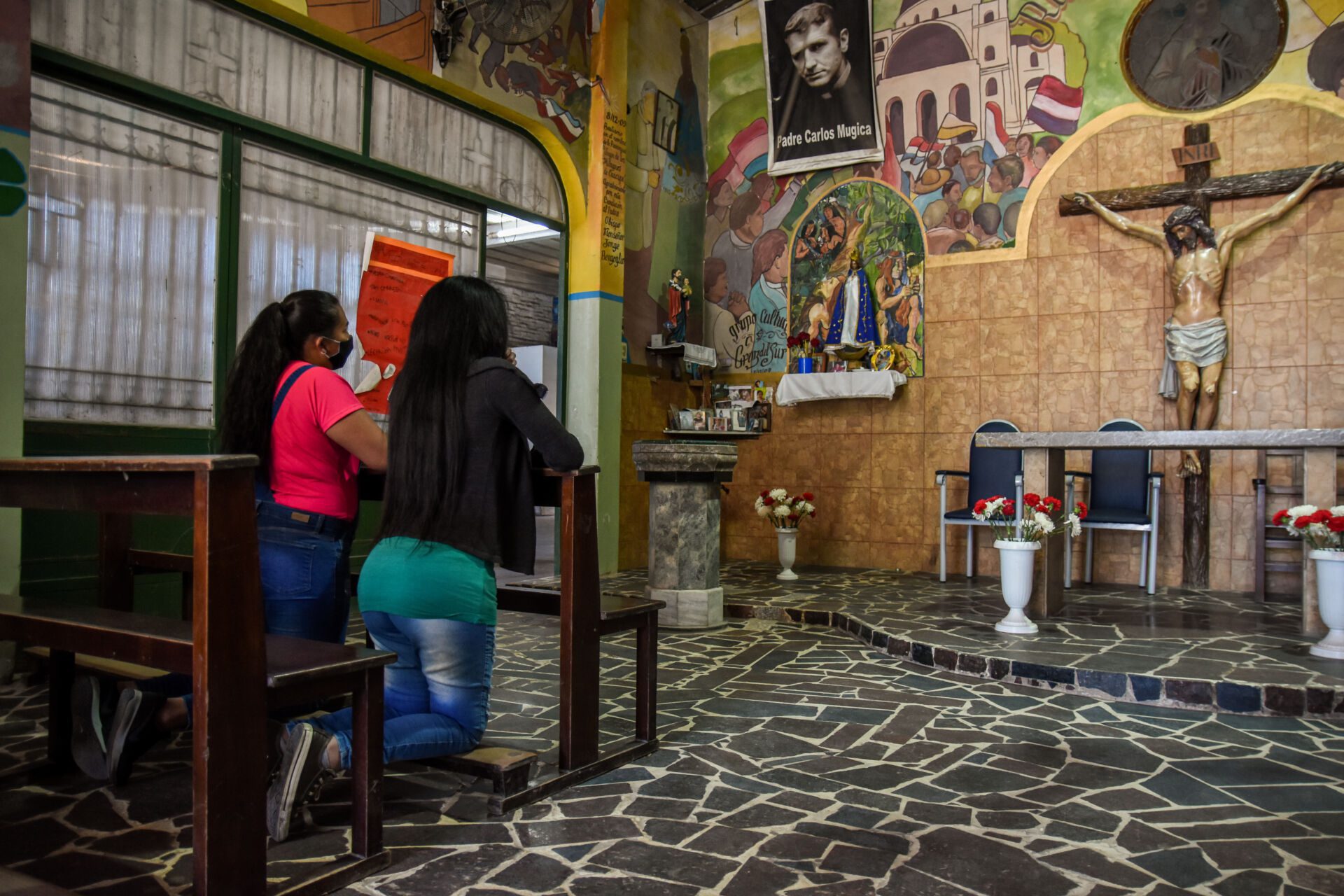 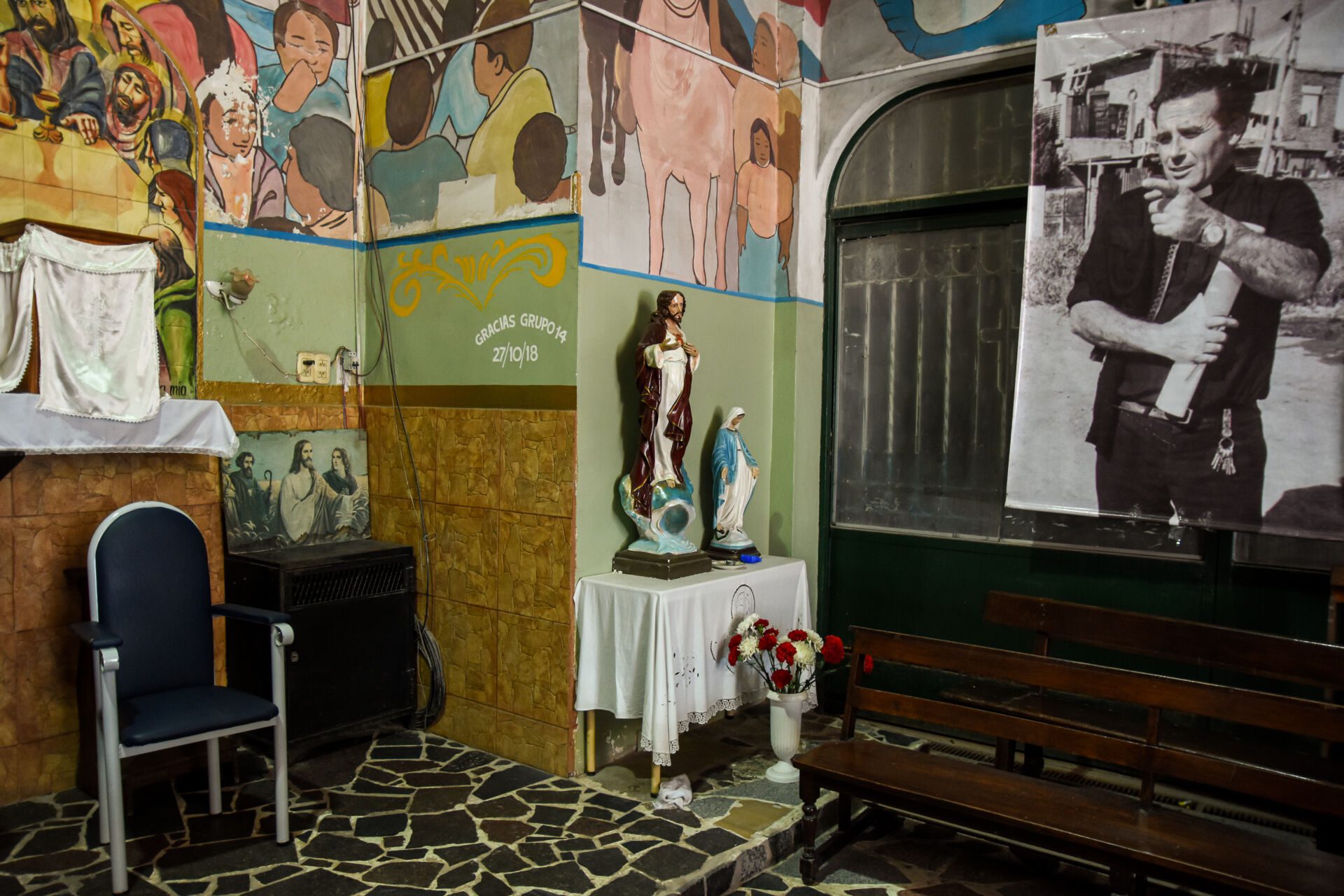 The imagen of Father Daniel de la Sierra, "The angel of the bicycle" and founder of the church, is part of the iconography. 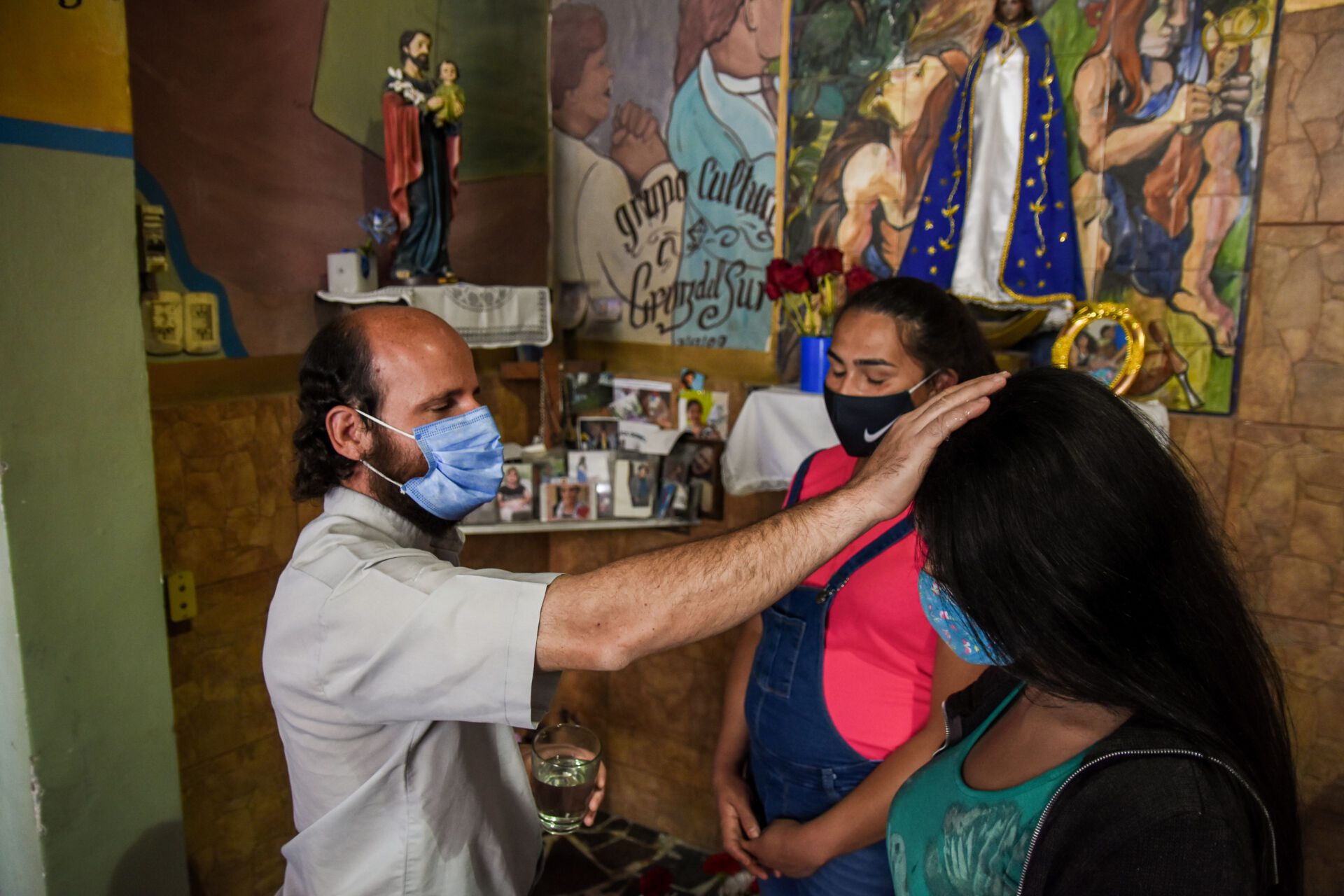 Father Facundo gives his blessing to Raizza, 24, and Angie, 33, two trans women and believers. Father Facundo is one of the so-called "curas villeros" (slum priests) who supports the community in this marginalized area of Buenos Aires. 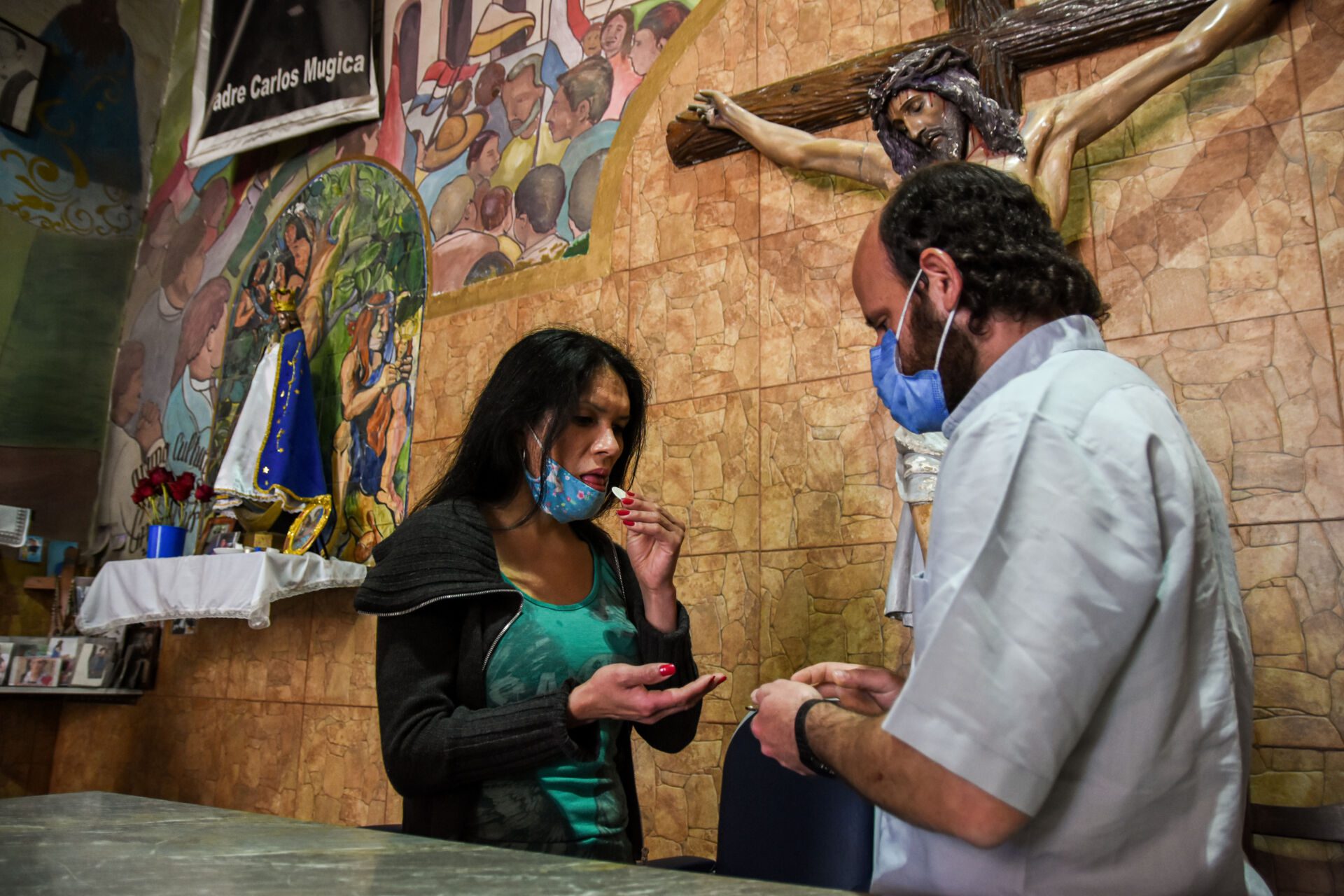 Angie takes communion at the altar. She is a trans woman, a catholic believer and one of the founders of Casa Animi, a shelter for trans women. She was a victim of sex traffic. 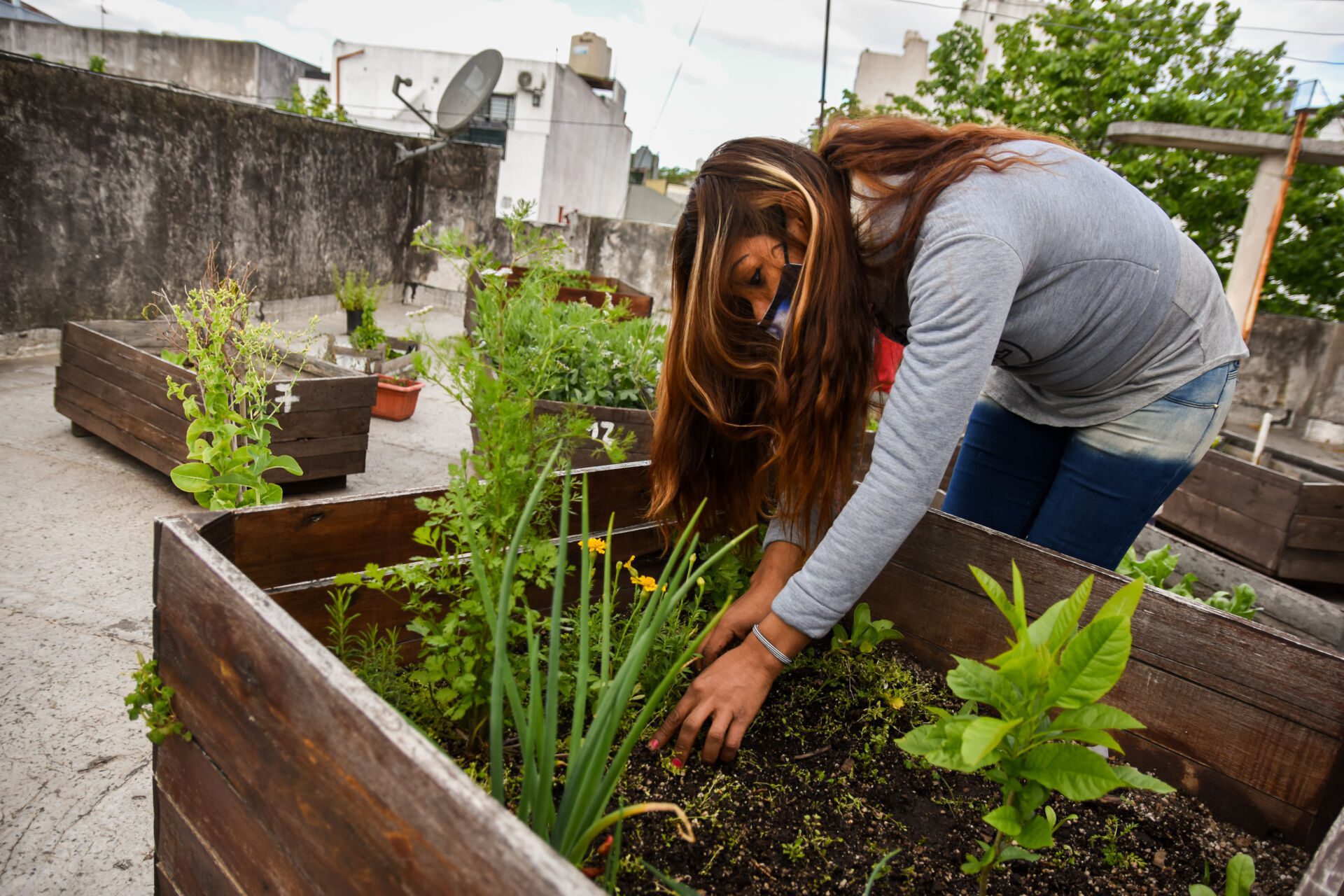 Lorena, a resident of Casa Animi, a shelter for trans women in Buenos Aires, does gardening in the community garden. 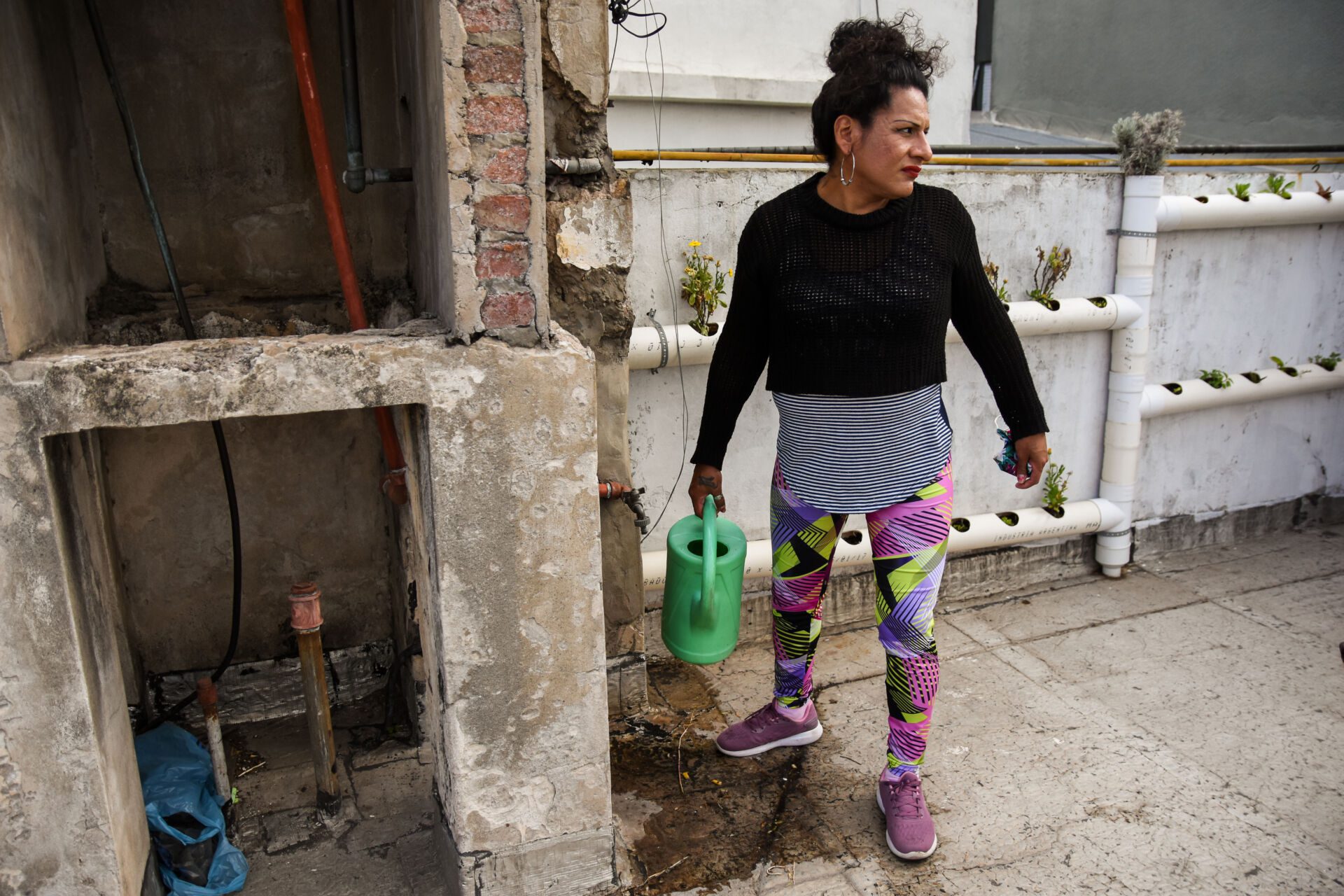 Karen, 38, a resident of Animi house, fills a watering can to water the plants in the garden. 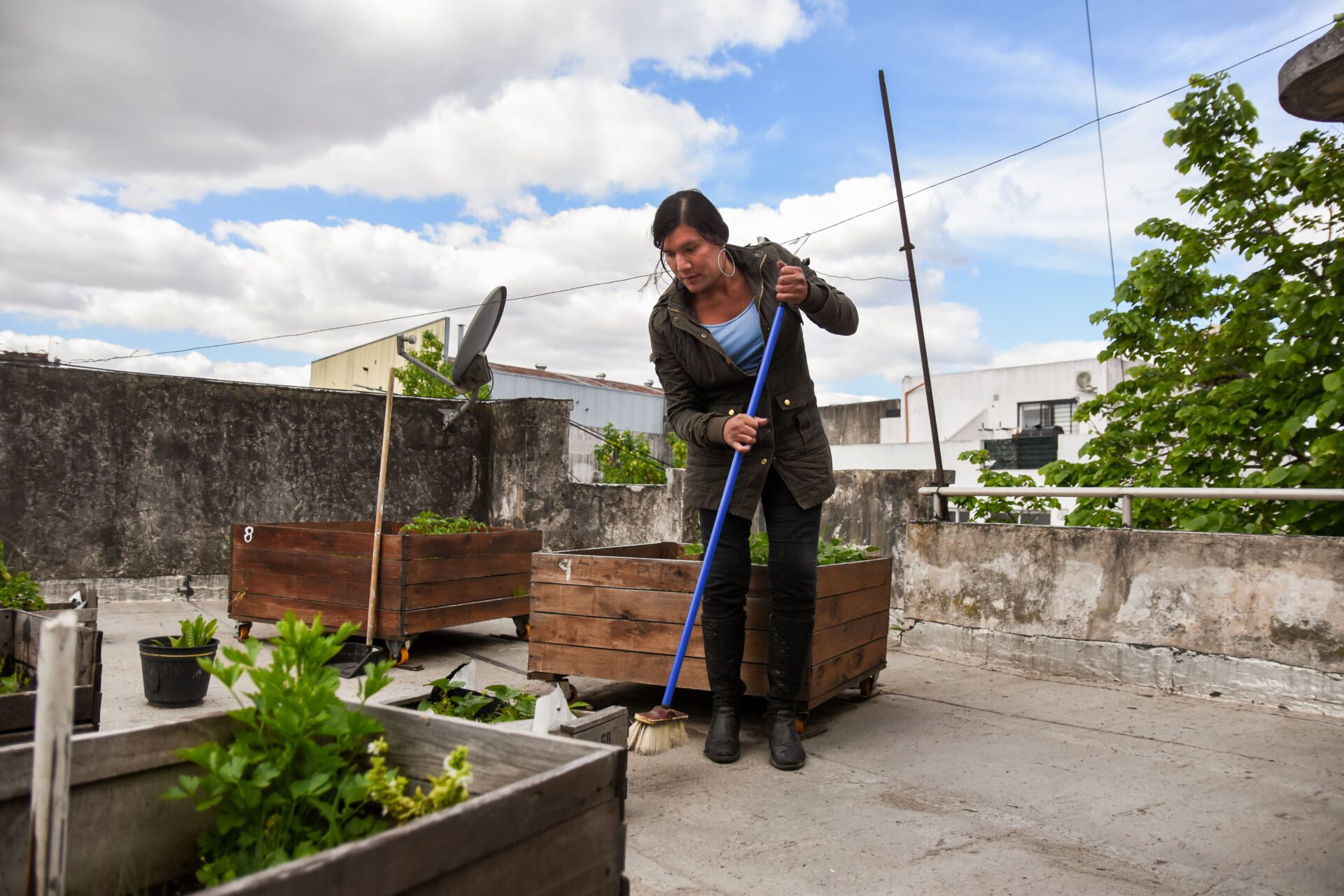 Karen, 34, she arrived in Argentina when she was 22 and started working on the streets and doing drugs: “I believe a lot in God, because he made me be born again,” she says. 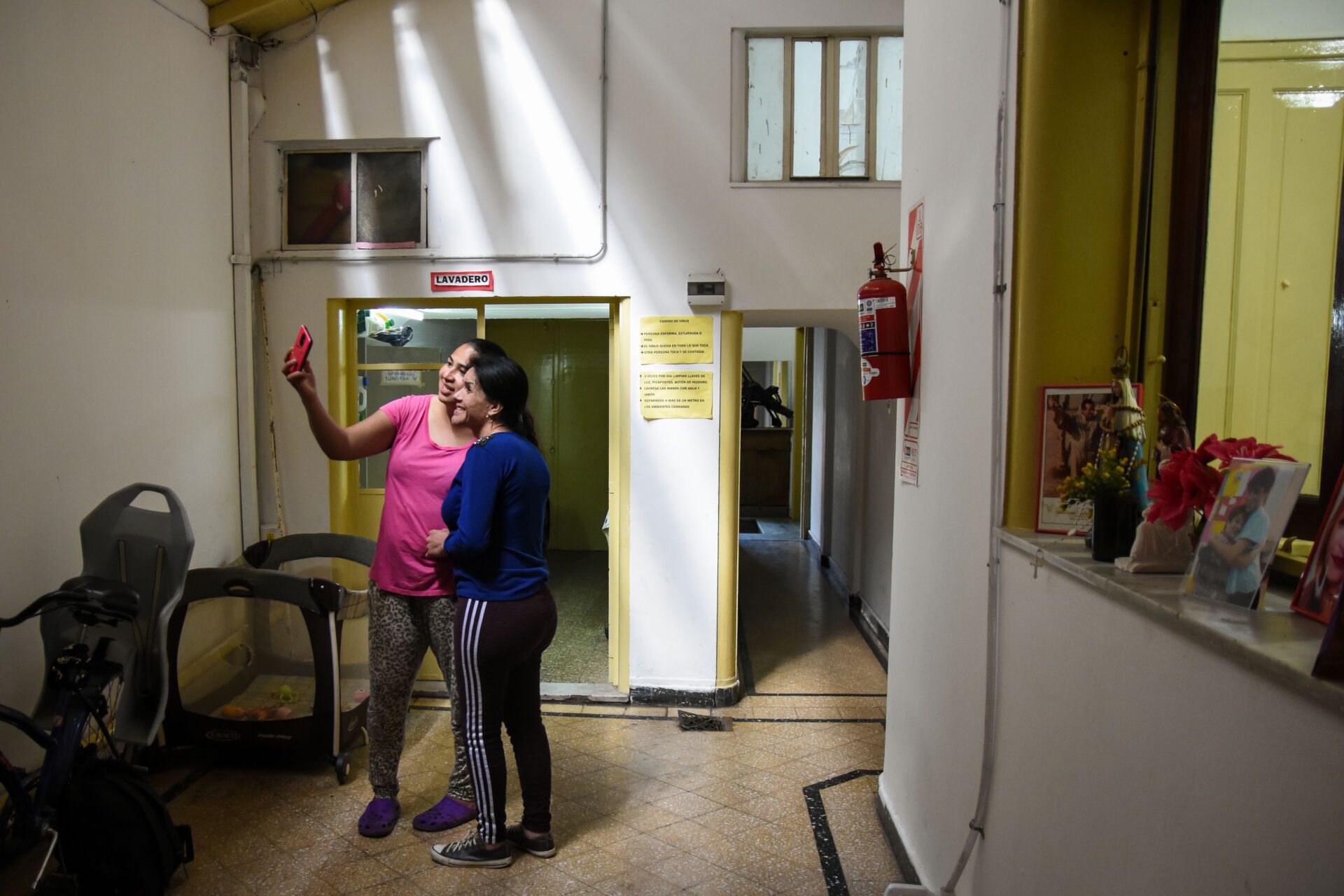 Raizza and Angie take a selfie in one of the hallways of Casa Animi. 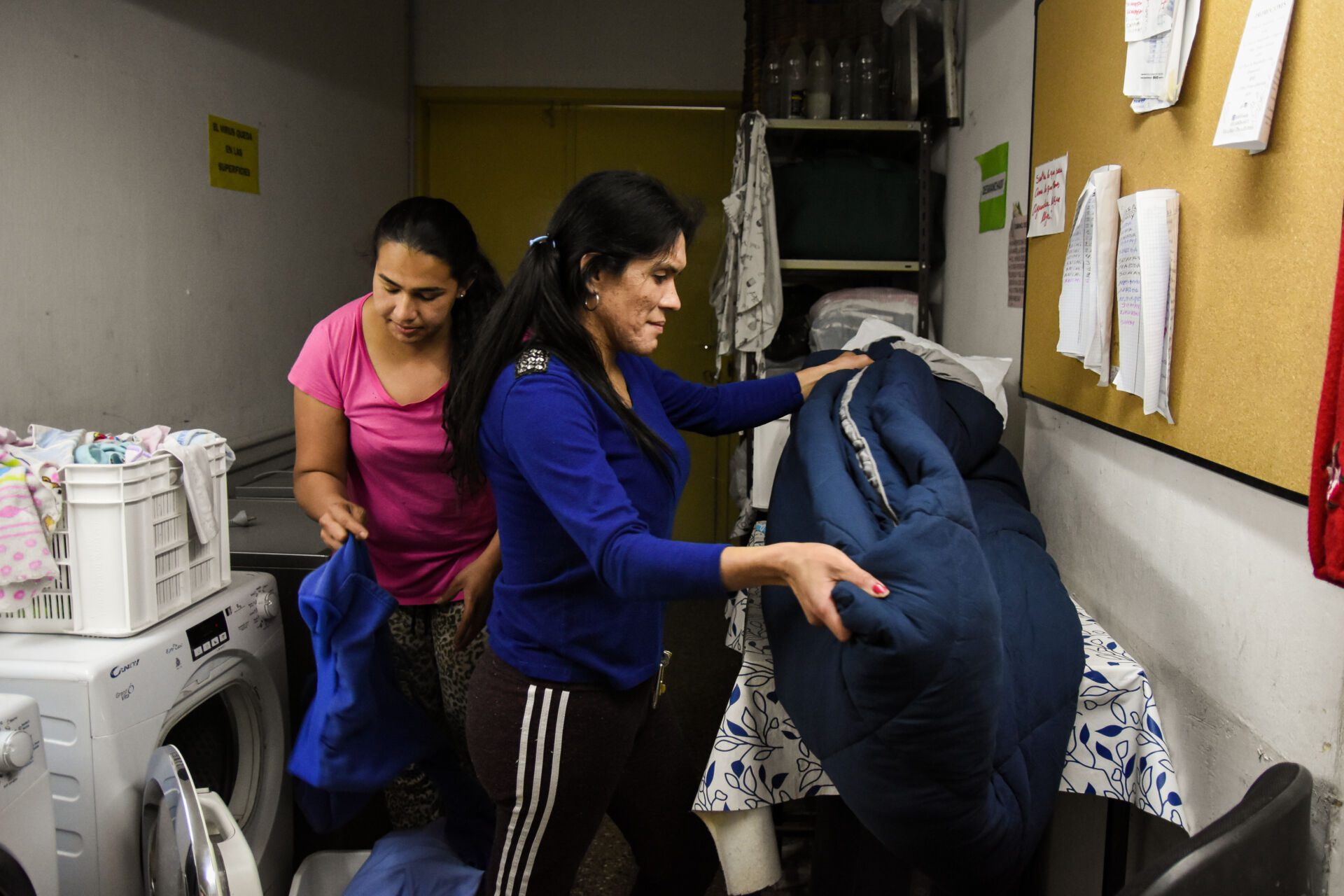 Raizza and Angie work in the house laundry, washing clothes for other transit homes. 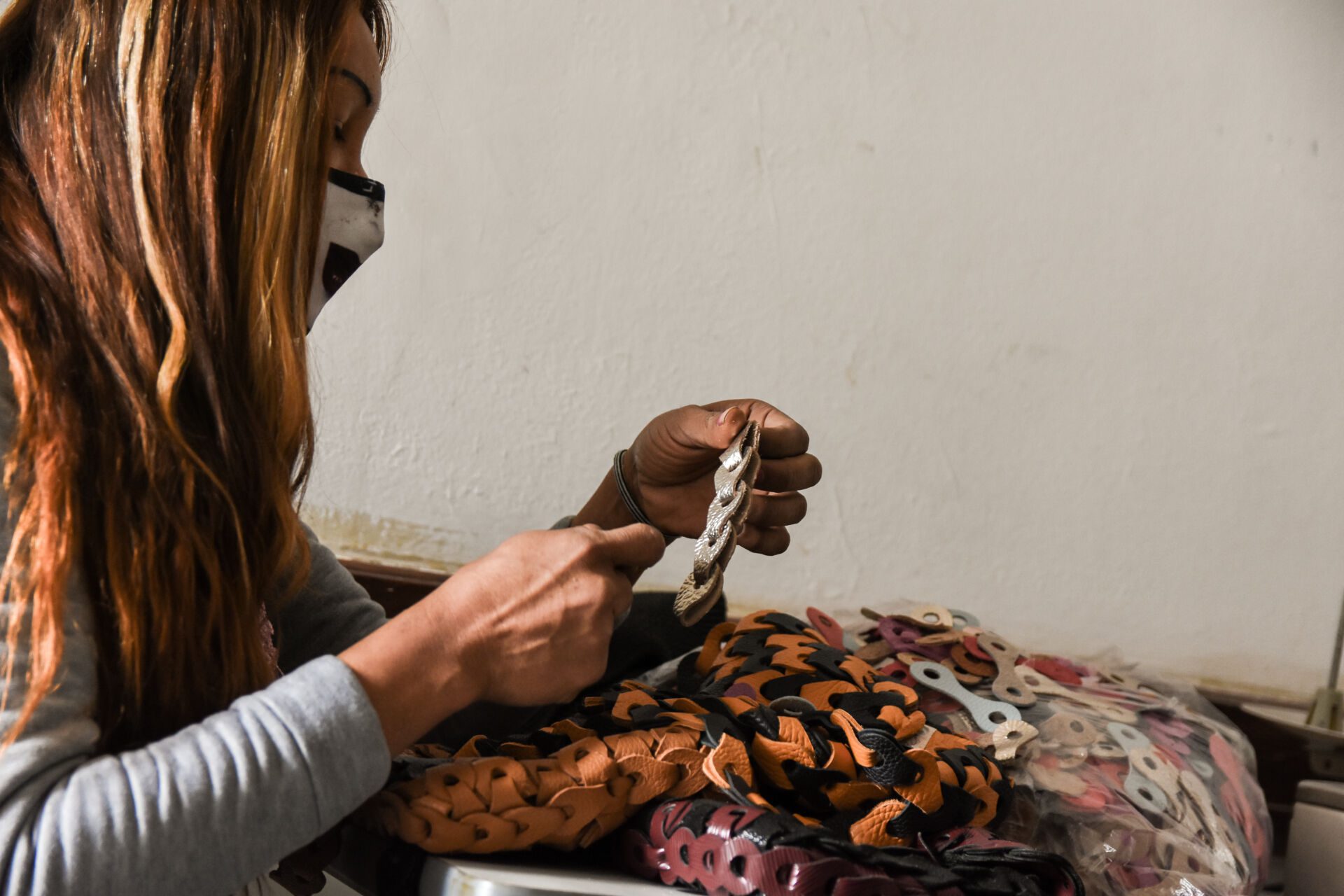 Lorena works in the textile workshop of the house making leather handbags. 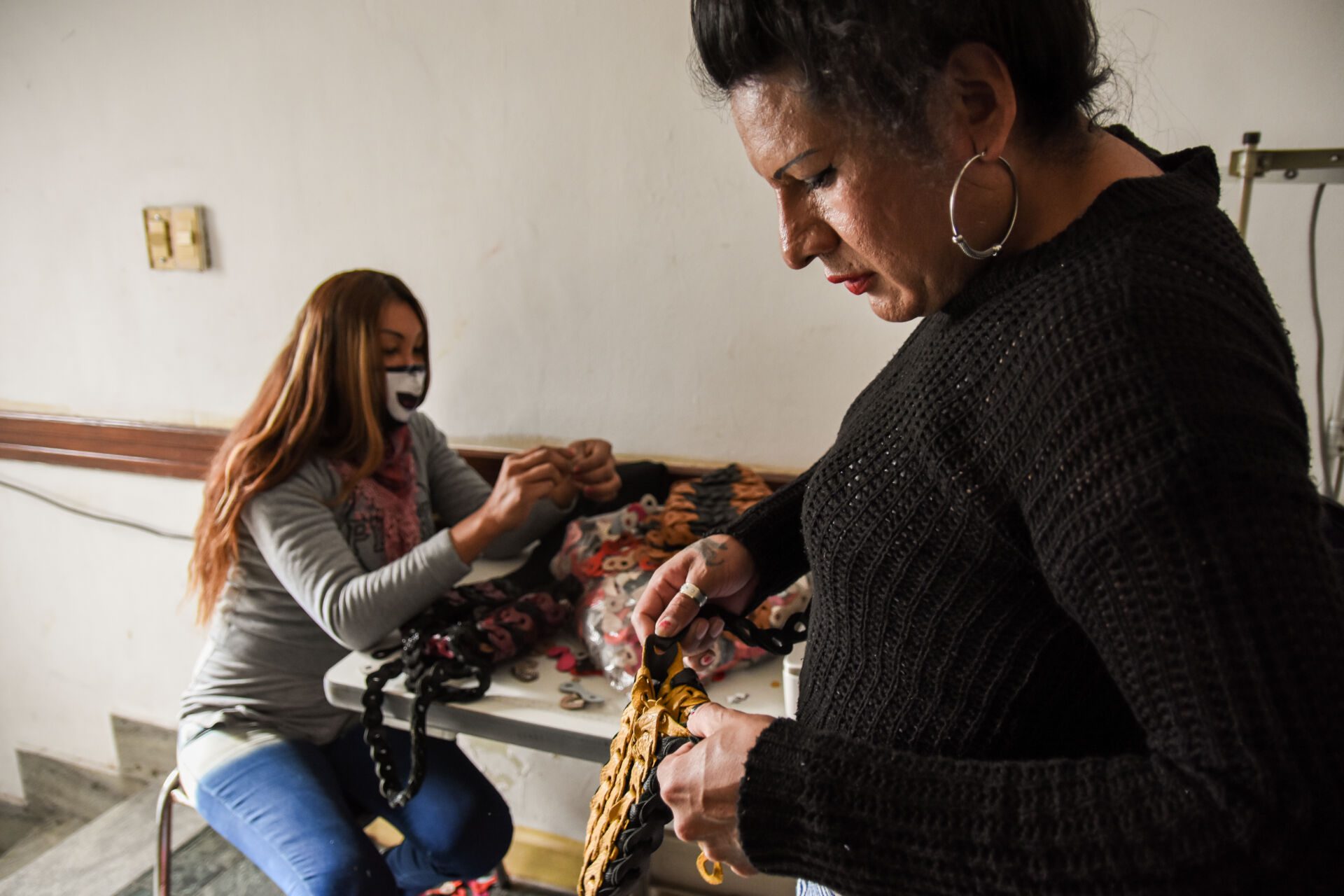 Lorena and Karen work in the textile workshop of the house. 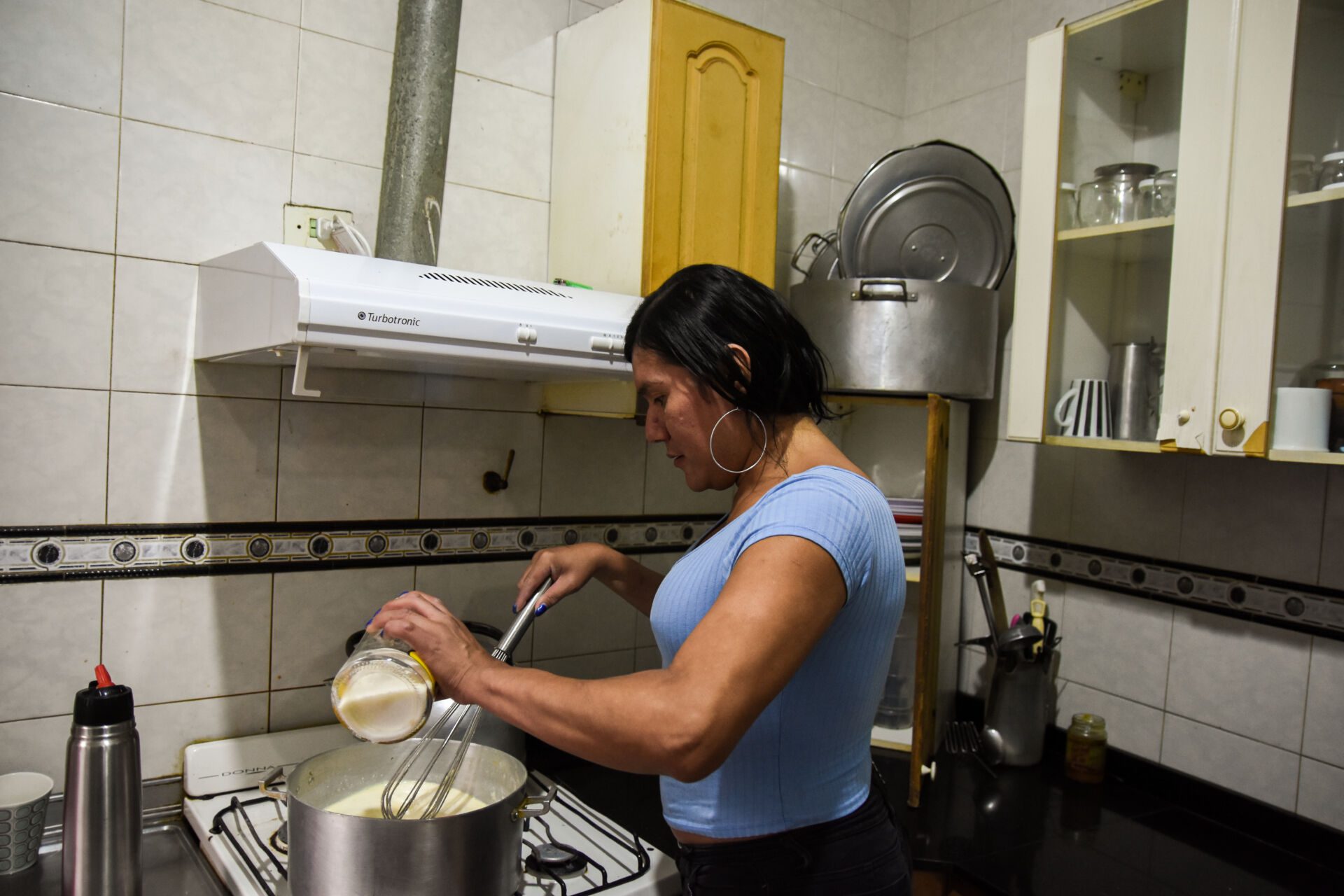 Karen prepares a dessert in the kitchen of Amini house, a shelter for transgender women in a slum of Buenos Aires. 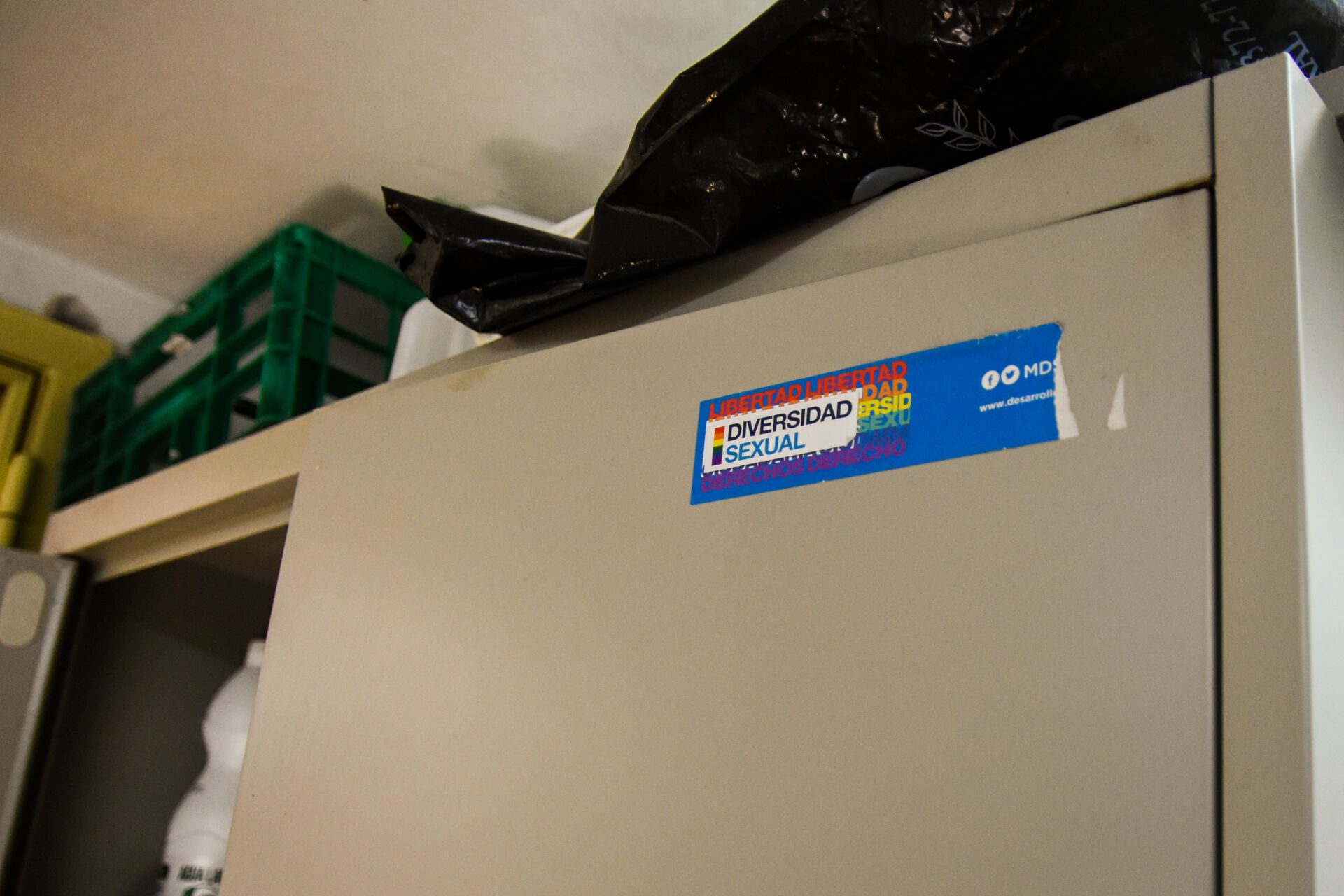 A sticker in the laundry that claims "freedom, sexual diversity, rights". 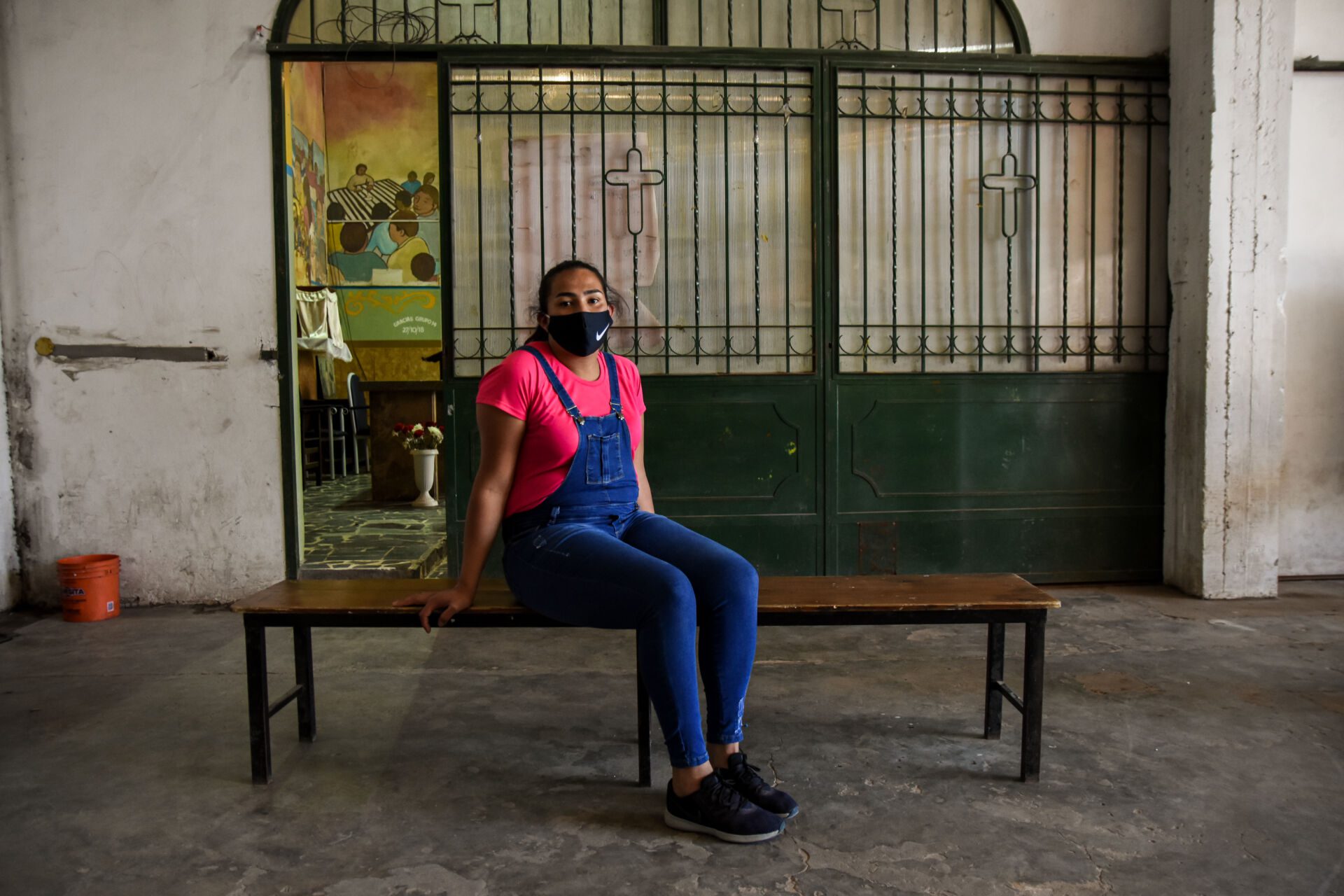 Raizza, 24, a resident of Casa Animi. The coordinator of the shelter says: “This is the raw gospel, welcoming and receiving the marginalized.” 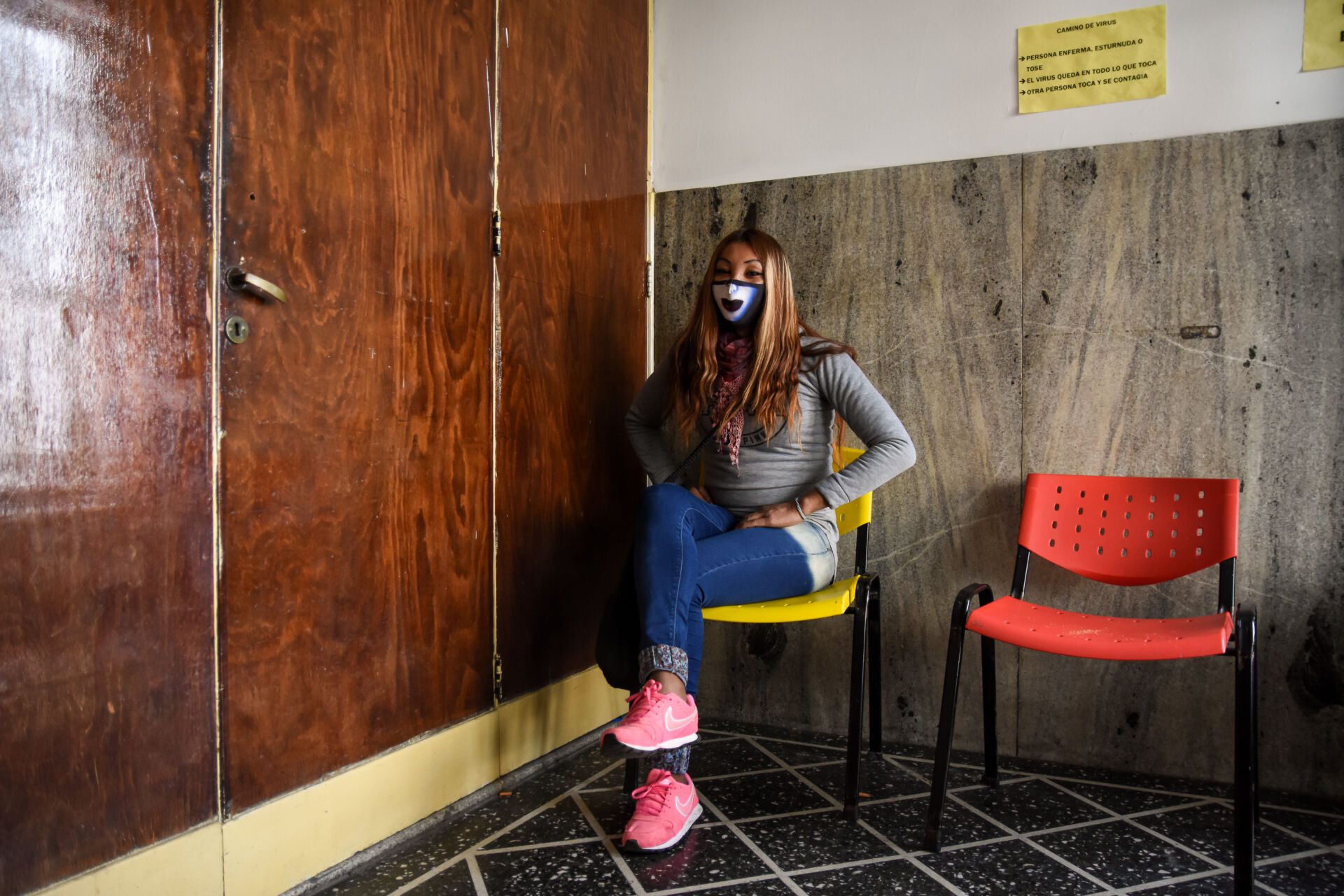 Lorena, 35, resident of Casa Animi, as other transgender women in Buenos Aires, suffered of stigma. 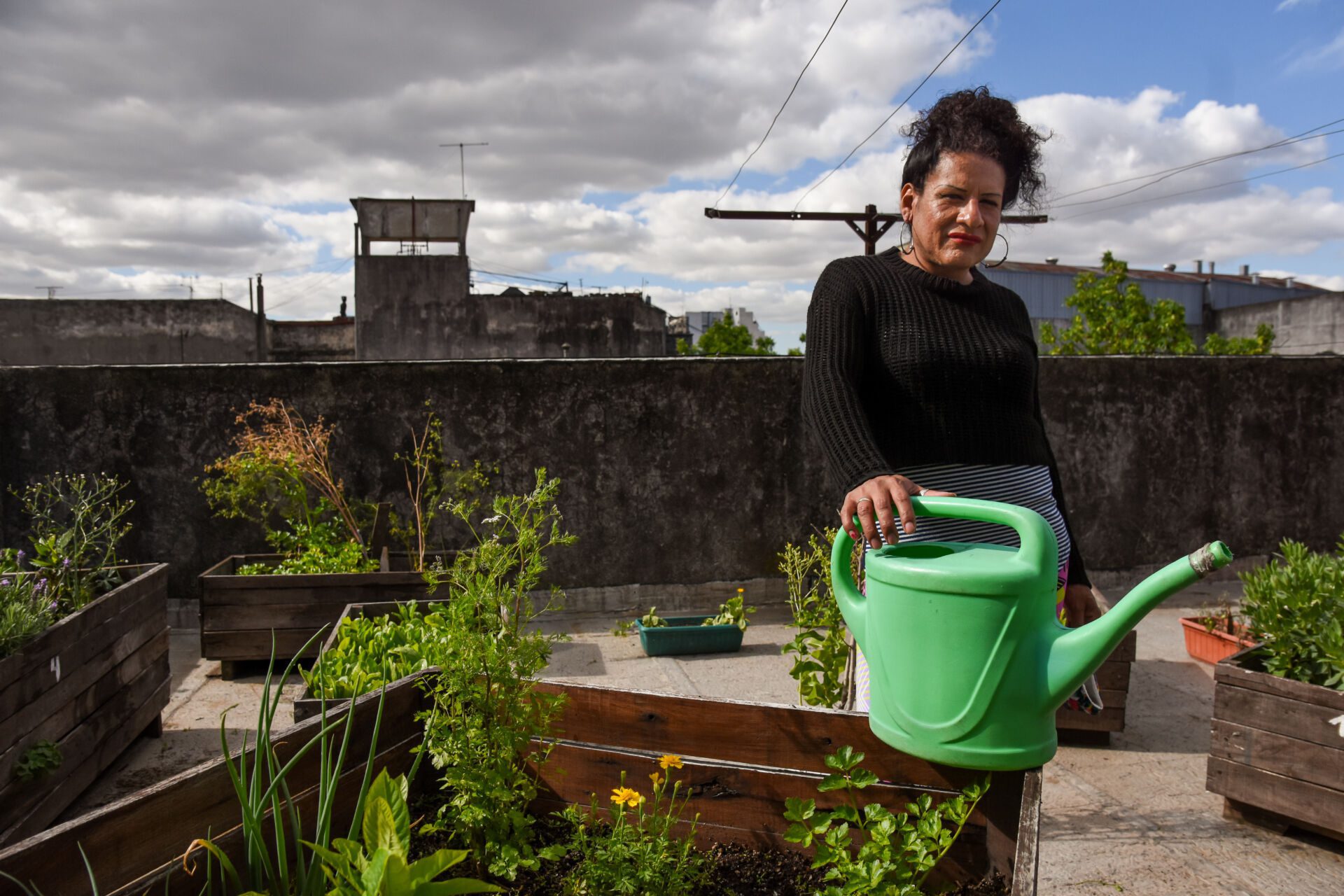 Karen, 38, resident of Casa Animi, found support from this organization. 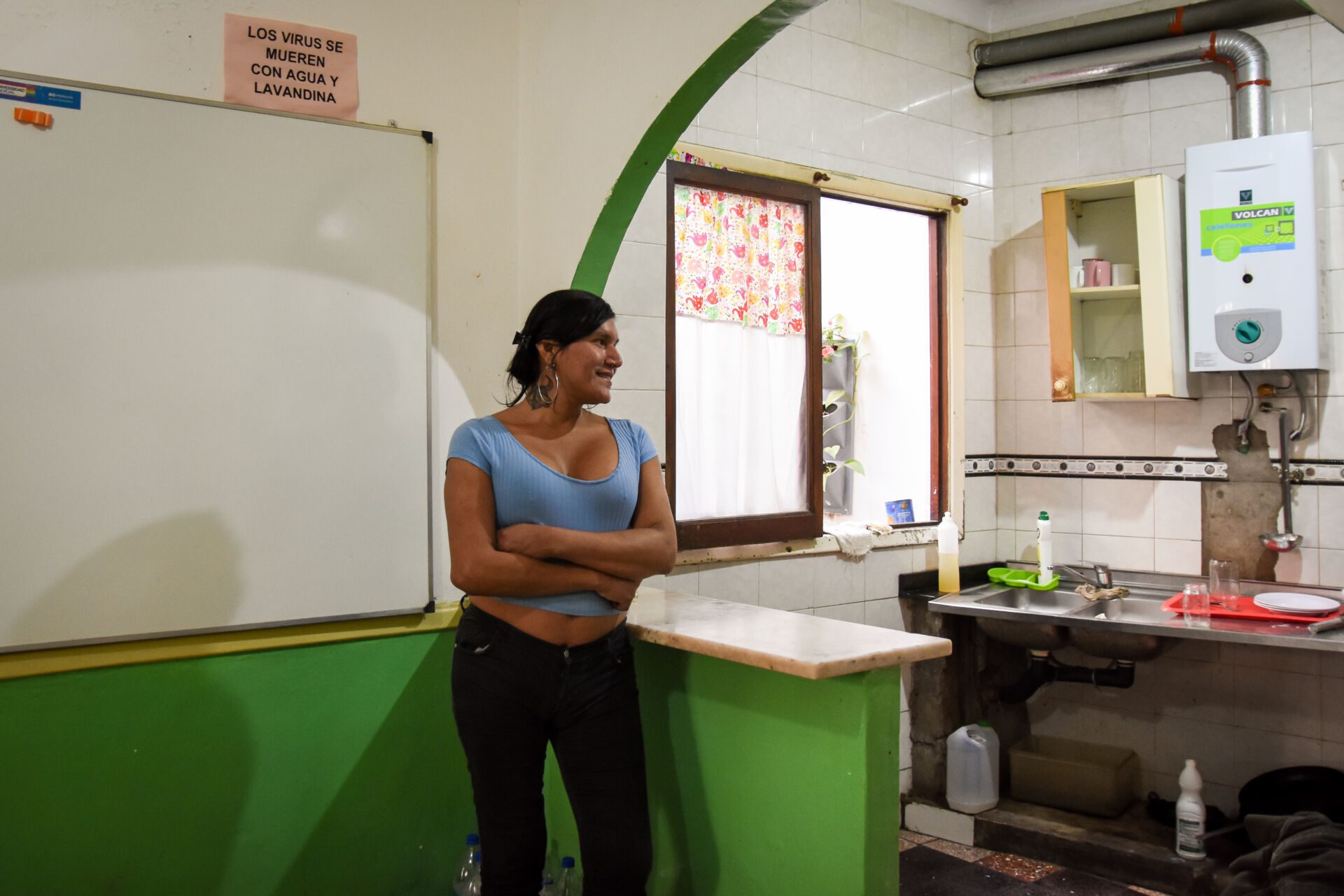 Karen, 34, resident of Casa Animi, in Buenos Argentina, a country that was also a pioneer in the fight for the rights of trans people by passing the Argentine Gender Identity Law in 2012. 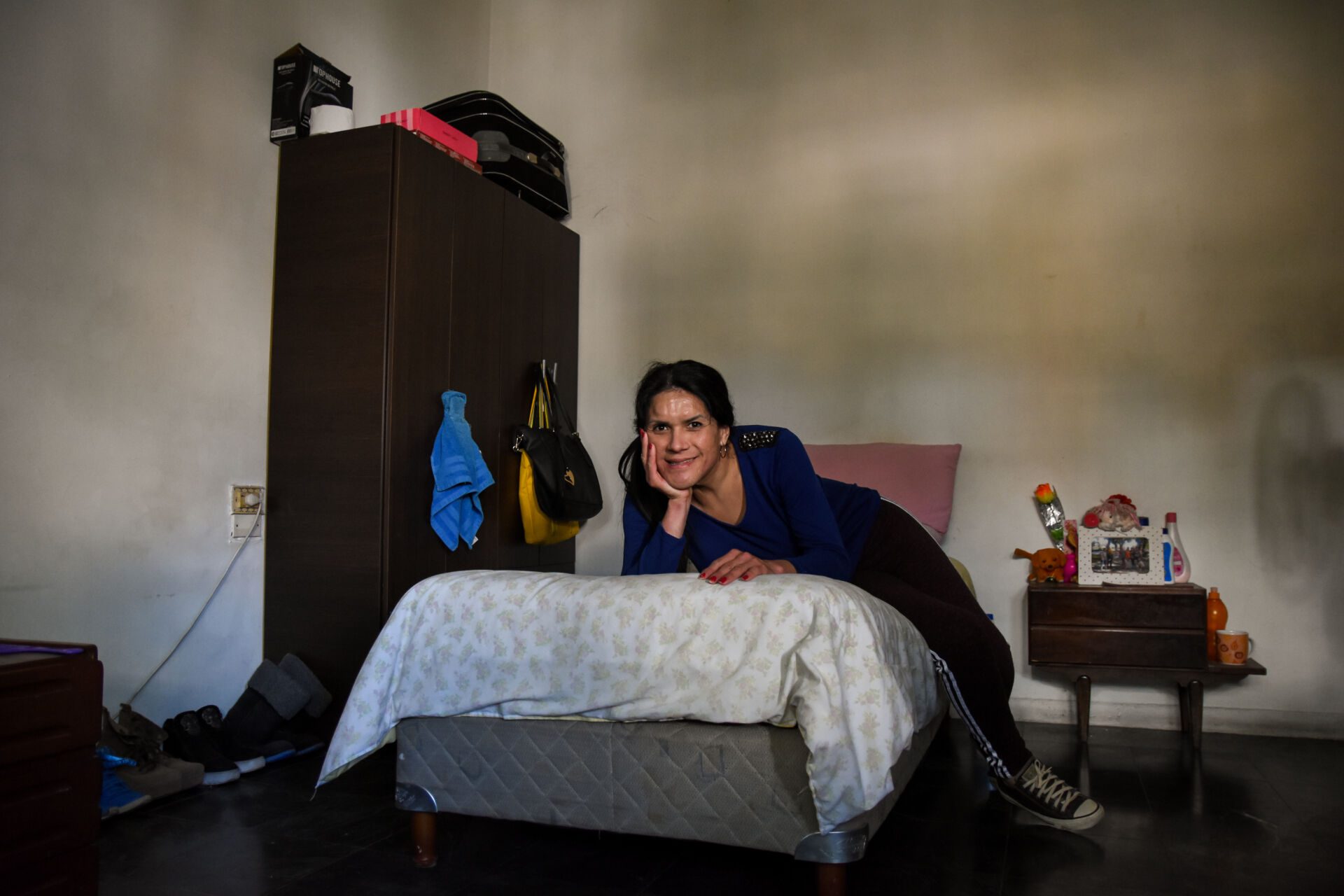 Angie, a resident of Casa Animi and victim of sex traffic: “Now I feel happy to be in a beautiful house like this.” 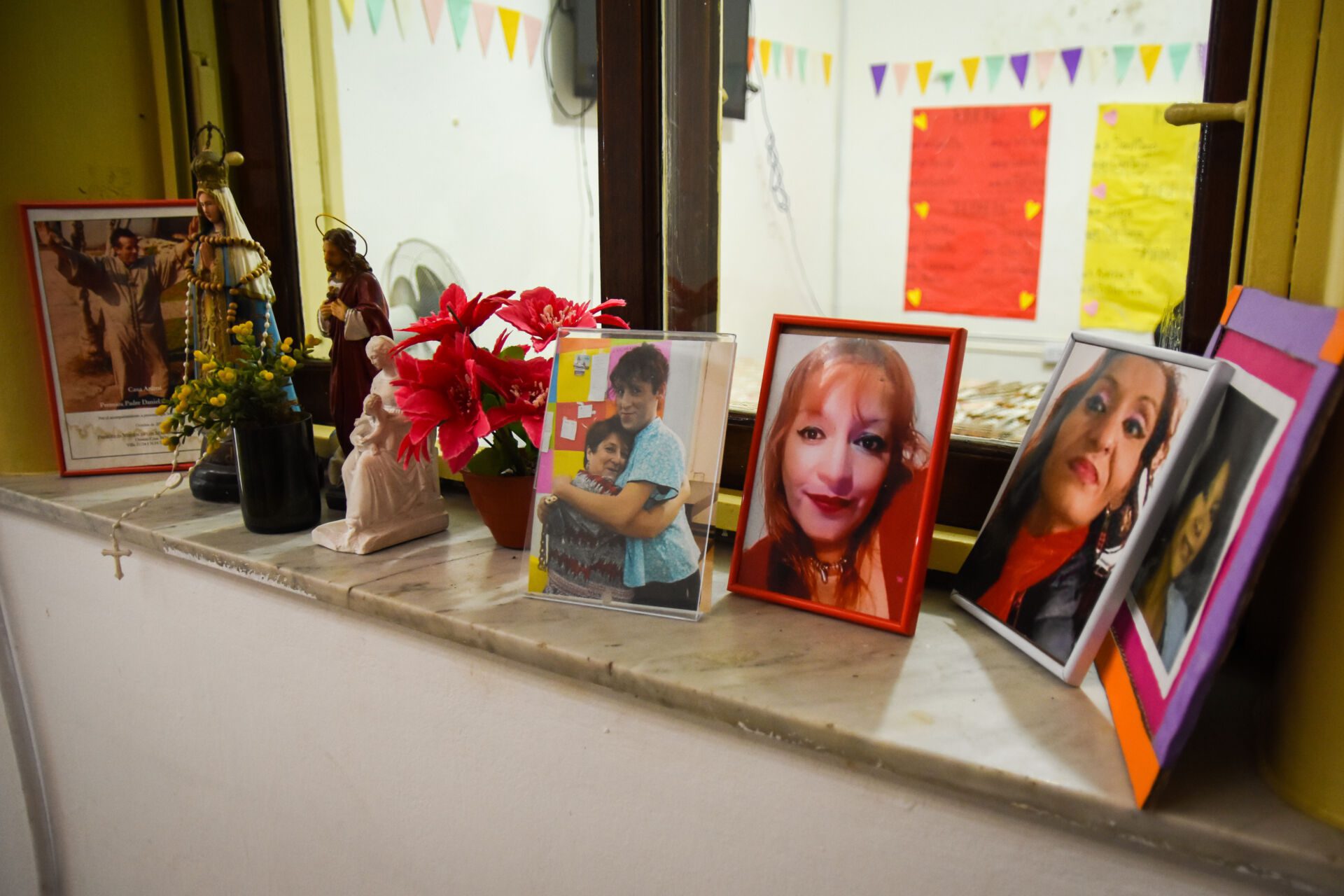 The altar of the house, to remember the deceased girls.