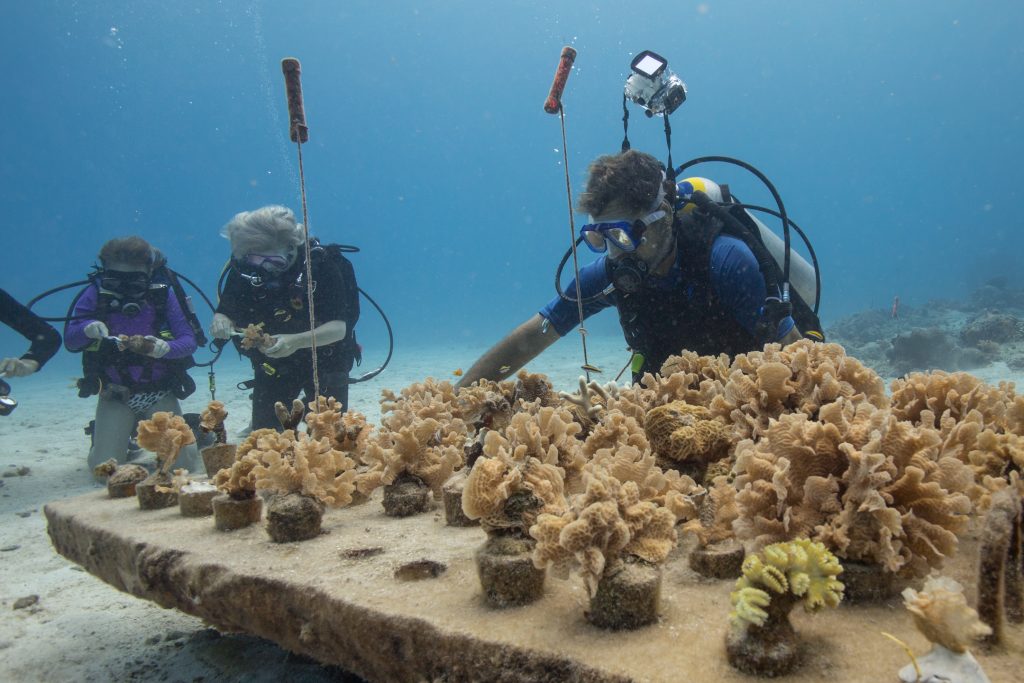 A chance to save coral reefs

During 2017’s World Ocean Conference in New York, the scientists agreed that up to 90% of coral reefs may be dead until 2050. However, by now, the greatest Australian reef is 50% destroyed and the Mexican – 65%. The extinction process is much faster than expected.

Honorata Zapaśnik: You are the founder of Restore Coral organization, fighting to save coral reefs. What had inspired you to start such a thing?

Roberto Cerda: According to the scientists, if we won’t change our consumer habits by 2050, the ecosystem will change and the animals will start to extinct. Probably, it will happen 20 years earlier. The researchers weren’t precise about the date when it comes to oceans. During 2017’s World Ocean Conference in New York, the scientists agreed that up to 90% of coral reefs may be dead until 2050. However, by now, the greatest Australian reef is 50% destroyed and the Mexican – 65%. The extinction process is much faster than expected.

Why are coral reefs so important?

They maintain 25% of the sea creatures, they contribute to oxygen production in the ocean, they capture carbon dioxide. To sum it up, the corals support life on this planet. It’s not that I like them because of aesthetics, we depend on them. Furthermore, the reefs can naturally prevent the consequences of hurricanes and coastal erosion because they can reduce wave height. Did you know that there’s an increased amount of algae in Cancún? That’s because coral reefs are not as thick as they used to be.

Is it a bad thing that we have more algae?

Nature tries to cope with every single change in the ecosystem, but due to an increased presence of the algae, some fish tend to swim offshore in order to get more light and oxygen. There’s more – the destruction of the reefs may lead to the extinction of 3 million species of the sea creatures. It can affect the poor in particular. Rich people can buy fish, but the poor would lose their jobs they will be no longer able to make a living out of fishing. That would lead them to resettlement. The disappearance of the reefs can also cause the explosions of gas that would accumulate in the water.
I didn’t know that the algae are so important.

Yes, they are incredible. They’re here on Earth for 450 million years and make up to 0,1% of the seabed. You can think of them as of something in between an animal, a plant and a mineral. When we look at them we only see calcium carbonate and it can lead to an assumption that they’re just rocks. But inside them, there’s a whole synchronized system. Just like mushrooms, they have an ability to communicate through the subsoil. 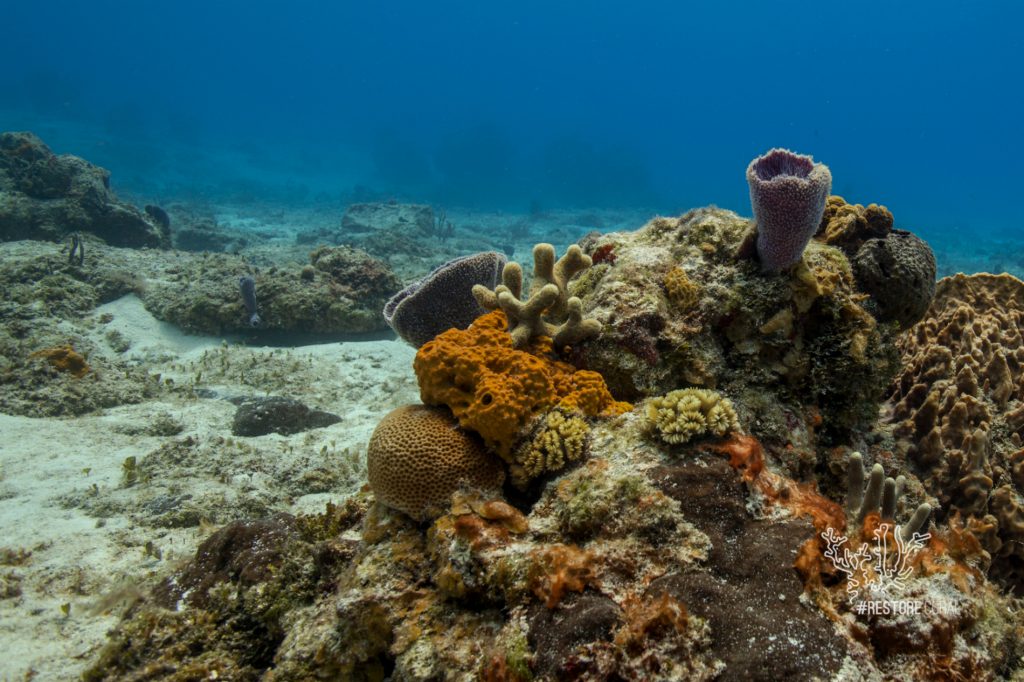 When did they start to extinct?

When people started to fish casting the nets in deep waters and harvesting oil from the seabed. Another threat is tourist industry, and its’ neo-colonial behaviour. The developers, driven by greed build hotels in beautiful places, destroy their ecosystem and move on. This model has no future. However, the climatic change is the most dangerous factor of them all. Reefs can only form in warm water, not exceeding 18◦C. Lately, the average temperature on Earth went up by 1 degree and coral polyps that form the reefs started moving away, leaving only calcium carbonate. That way, the coral reef cemeteries are formed. It is estimated that in the following years, the average temperature will rise by another 2 degrees. When it comes to that, the corals won’t survive.

If the coral reefs are so significant, why don’t we speak of them more often?

You know, I grew up by Pacific shore, but I didn’t know that there’s world’s second biggest coral reef in Mexico. I hadn’t learned this fact until I was an adult. Mostly, people don’t know about underwater life, because diving is an expensive hobby. That’s why I started searching for new ways to spread the knowledge of this threat. For example, we’ve created a short movie in 3D technology, which you can watch through VR goggles. When people see, what lives underwater, they will develop interest, and hopefully, they’ll start to act.

Nevertheless, the coral reefs are not found worldwide. Why should this problem concern Europeans, for example?

We need to stop thinking that the oceans, seas and rivers are separated from each other. It is one whole system, one organism. If you’d dispose of some garbage here, you can find them in a completely different place. 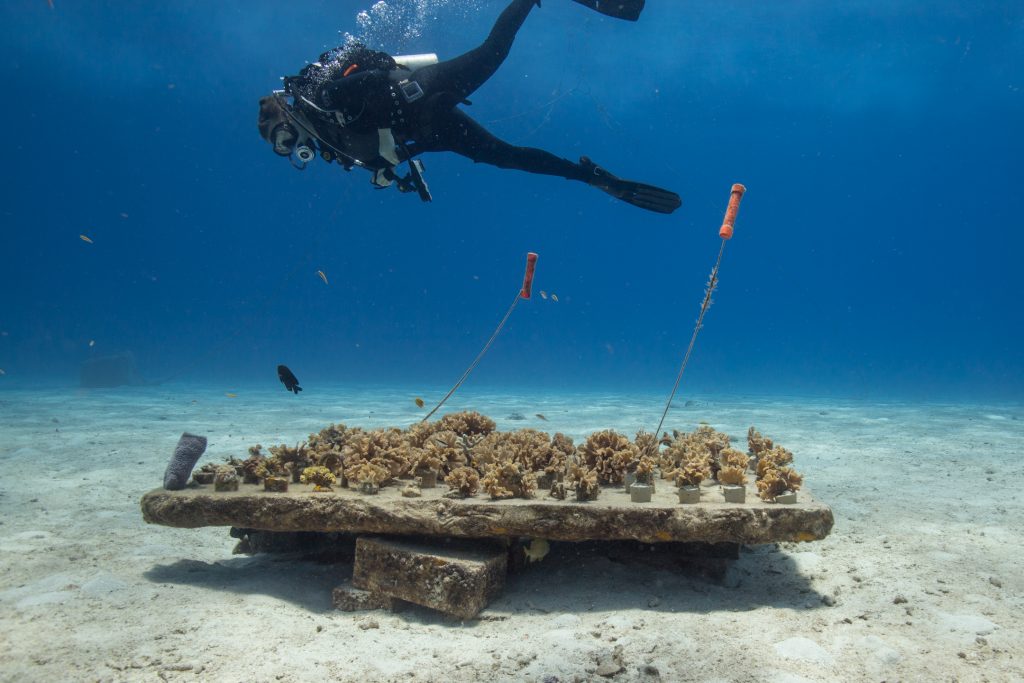 How can we save the coral reefs?

It is a big challenge. But people had developed the technologies which can help to preserve the reefs. For example, scientists observed that electrification stimulates the growth of the corals and lets them grow in only three months, instead of 18. Also, there appeared a special system of water circulation, allowing to decrease water temperature in places with reefs; a pipe is installed underwater, which allows the sand to cool down and in consequence, the water cools down too. Furthermore, people can collect coral’s gametes at full moon, in their mating time. There are functioning plantations where corals are grown due to this artificial insemination. We are working on a biorock on a Cozumel island, Mexico. We cut off a chunk of coral and let it grow again, but with the same genetic material – that’s why this method should not be abused. Still, if we have a certain amount of coral grown this way and someone else has a different coral, we can exchange them to sustain diversity. 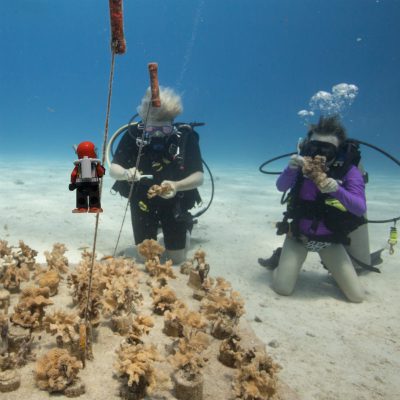 Could divers help the cause somehow?

Everyone can help. We have developed an app for divers which allows them to share pictures and information on coral reefs’ condition all over the world. You can also adopt a coral, which is to donate some money to our cause, and we will plant another coral on our coral farm.