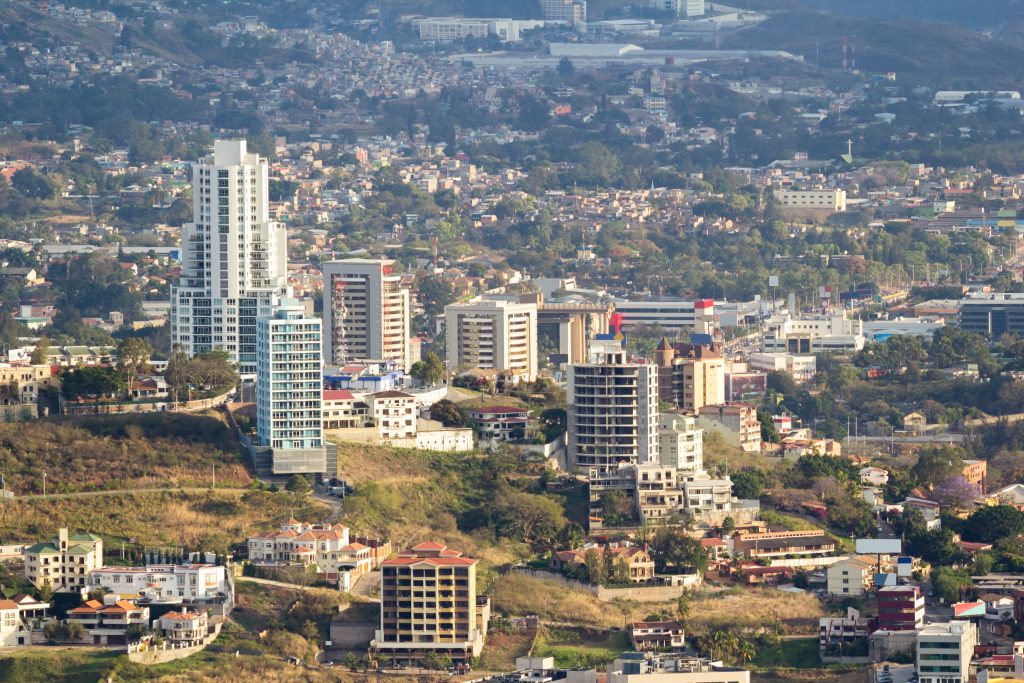 26 children a day leave Honduras and head to the USA

Over 20,000 children in Honduras have left school since 2014 to emigrate with their parents to the United States of America. This year alone 4734 students have left seeking the American dream.

Some children travel in the care of a so-called coyote (smuggler), others with their family. Although the Honduran authorities inform parents that they expose children to danger, the number of underage emigrants has increased by 54% this year. According to statistics, 4025 children emigrated in 2017, and 4734 students left school in the first half of 2018.

– Families decide to emigrate because there is an increasing amount of crime in the country – explains Martín Flores, a social worker. More than 26.000 people were murdered for the years 2013-2017. It is all about the mafia. They smuggle drugs from Venezuela and Colombia to Mexico and the USA and are heavily involved in human trafficking. It is also estimated that 55 children are killed every month in Honduras.

Moreover, there are more reasons for leaving Honduras. The United Nations reported last October that 57% of emigrants from Honduras, El Salvador and Guatemala escaped from their countries because of lack of food. According to the government and the National Commission on Human Rights, 65% of Hondurans live in poverty, and Honduras, inhabited by almost nine million people, is considered one of the poorest countries in Latin America. It affects children. Over 400,000 of them work on the street, selling fruit or washing car windows, to support parents financially. Over one million school-age children do not attend school at all. It is 58% of the whole school children population.

– Our country has found itself in a really precarious situation – says Marlene Martínez, a sociologist. – We have had corruption scandals in recent years, and last year’s presidential election has probably been rigged. Many people went out on the street because they did not recognise the official results and started losing hope of improving the situation.

Moreover, the government has to pay more attention to immigrants from other countries. Recently, Nicaraguans have been massively emigrating to Honduras because of the riots in their homeland. There are also Africans and Asians – they try to get from Honduras to the USA illegally.

The way to the United States leads through Guatemala and Mexico. The Mexican government confirms that in the first four months of 2018 the border was crossed by approximately four thousand minor Hondurans. Children between 12 to 17 years old travelled alone, similarly to 139 detained children under 12 years of age. Three thousand children were deported back to Honduras.

The inflow of children travelling alone to Mexico began in 2014. Alejandro Solalinde, a Mexican priest, suggested his country should pass a general law on childcare. It would be a solution to prevent abuse by both the Department of Citizenship and Immigration and organised crime. Unfortunately, his idea was not accepted.

U.S. Customs and Border Protection announced that between October 2017 and May 2018, 6319 children illegally entered the country, including 1319 children from Honduras. They were all without the parental care. This figure significantly exceeds the statistics from 2017, when 1152 minors came to the USA for the whole year.

Coming back to school

The Nicaraguan Ministry of Education has already begun to train teachers. They should be able to make children aware of the danger they would face on their way to the United States. They can be kidnapped, forced to work or even forced into prostitution.

– We want boys and girls who are the present and the future of our country to help their parents make a better decision because what they do has an impact on their lives – said Ana García de Hernández, the First Lady of Honduras.

Marcial Solís, the Minister of Education of Honduras, warns that early emigration also disturbs the curriculum, as children have a problem with making up the missing units. However, he points out that integration is very important.

– Children who have immigrated should return to classes after returning to the country, be welcomed and respected by teachers – he said.

Photo: Tegucigalpa, the capital of Honduras. (Photo by Eduardo Fuentes).